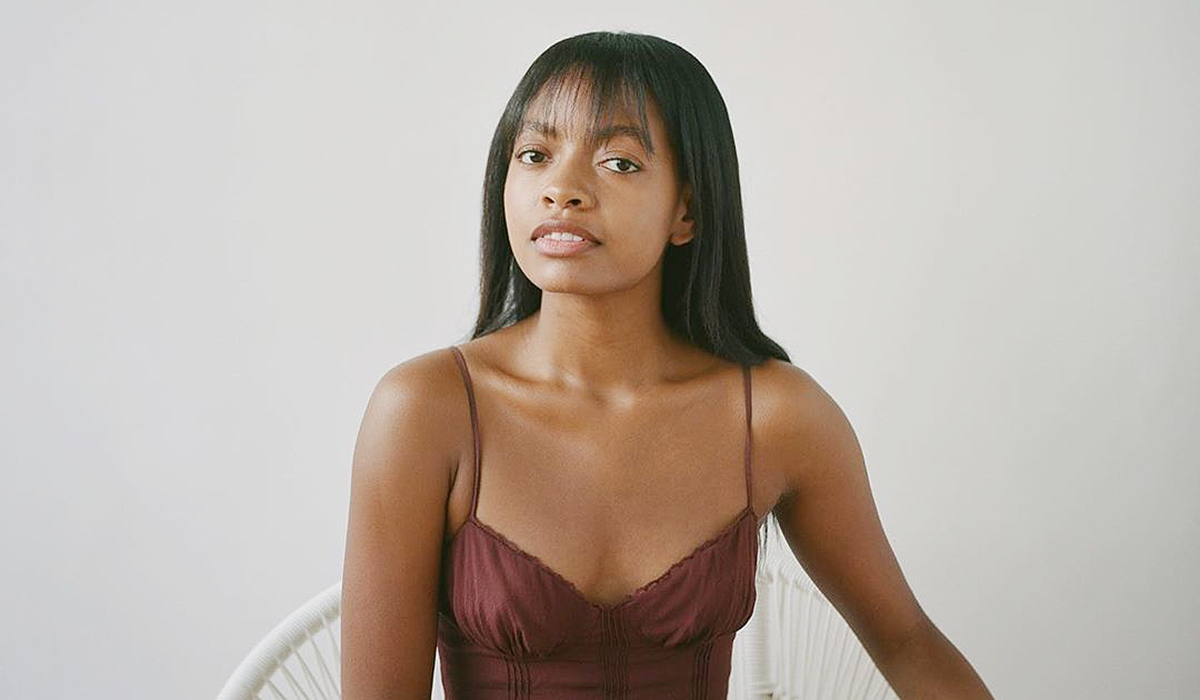 Nostalgic family memories are the muse for Fendi SS21

If you, like many of us, have spent a vast amount of your quarantine midnights on Youtube letting autoplay decide your destiny, then it’s possible that you might’ve come across Youtuber Kelly Stamps. Stamps is known for her luxe and captivating NYC vlogs and her Youtube How-Tos. She has a famous tiramisu addiction and is the 10th secret member of the K-Pop group Twice. When describing herself in five words, Stamps is: skinnTy (T standing for Tall), Black, iconic, and a meme mastermind. In just two years, Kelly Stamps has already dominated the Youtube algorithm, amassing over 400,000 subscribers with her informative videos on YouTube editing wrapped up in a package of stylish minimalism.

“My content has no filter. It’s an educational, organized chaos,” Kelly, now 24-years-old, shared with NBGA for newer members of her fanbase–Stampede–and for all curious readers. “I’m your last 2 brain cells living a delusional creative fantasy in my bedroom. You can tell I’m an only child because I’m always having a blast in my bedroom.”

Growing up in the epicenter of celebrities aka Los Angeles, Kelly Stamps discussed life before her Youtube stardom. Surprisingly, she is not just an entertainer, but has a background in aviation and working with aircraft equipment. “Growing up, I used to watch planes with my mom at In and Out near the airport. I actually planned to live in Texas to work with planes,” she said. The creator also has a does-it-all persona, like competitive rhythmic gymnastics and ice skating all over New York City.

Eventually, she left her career in aviation to pursue a career in entertainment. Inspired by comedian Nathan Fielder and Impractical Jokers, Kelly started her channel in 2017 in hopes to one day have her own TV show, but she didn’t take it seriously until 2019. She mentioned that Youtube is the hardest yet easiest way to get noticed and achieve this goal. Soon, her videos met the Youtube algorithm, with videos like “I moved to NYC on my own” and “I just walked out on a date” attracting new viewers exponentially. “I felt uncomfortable at first because people know me and felt that I had to change my content to more PC. I don’t want to be famous,” she told NBGA. For instance, Kelly mentioned her subscriber count jumped from 6,000 to 15,000 in just three nights. “After reaching 50,000 subscribers, I know what’s going to happen. I’m now recognized and respected as a creator and approached in NYC all the time. People are inspired by me since I’m a Black creator. And being a full-time content creator has its perks! I feel blessed because I’m a walking brand, and I get paid to exist and be myself. I can make meaning and a masterpiece out of anything.”

But it’s not all pretty and peaceful in the world of YouTube and content creation. Anyone could tell you that having a large fanbase comes at a price. “People have no boundaries sometimes. They see me as a bulletin board to promote; they treat me as an object.”

For Kelly, this is only a small shortcoming of the amazing blessings she’s already received. With her platform rapidly growing, the Youtuber is easily recognizable in the concrete jungle. “I love that I get approached daily by so many different types of people. Today, I was walking through Central Park and an older man stopped on his bike and let me know that my videos make his day. I also get young people on the subway doing double-takes, subsequently yelling, KELLY STAMPS! I think it’s funny how they respect me as a hard-working living meme, as opposed to me getting swarmed and idolized.”

When it comes to the overwhelming influx of new supporters, Kelly accredits it to the pandemic. “Covid-19 has led to more views on my channel (than the usual already large amount,) and I’m using my time wisely to uplift people,” she told NBGA. “I also apply the same tactic to BLM — turn my frustration into creation. My Black existence on Youtube is the resistance. There’s no right or wrong way to protest as a POC. Black mental health matters as much as Black lives do and my recent self-help video on ‘how I remain unbothered‘ [with currently over 1 million+ views] proves this.”

As of now, Kelly said her short term goals include reaching a million subscribers before Christmas. “My medium term goal is to successfully pitch a binge-worthy TV show about my bougie, minimalist loner lifestyle. The Stampede already binges my content weekly, with a production team and a small budget I can supply longer, even more intriguing content,” she explained. Ultimately, Kelly hopes to go on a world tour and live in other places at a time such as Miami and Thailand.

For new members of the Stampede, Kelly encourages viewers to start their own channel through her 1(800)stamps-techsupport playlist. “You can start Youtube at any time — don’t focus on what you can’t do but instead what you can do differently from others,” she told NBGA. In order to chase after your aspirations, she also suggests minimalism in all aspects of life, especially when it comes to spending to achieve creative freedom. “The best advice I ever learned is to save money before you spend it because that’s how I hopped from LA to NYC so many times.”