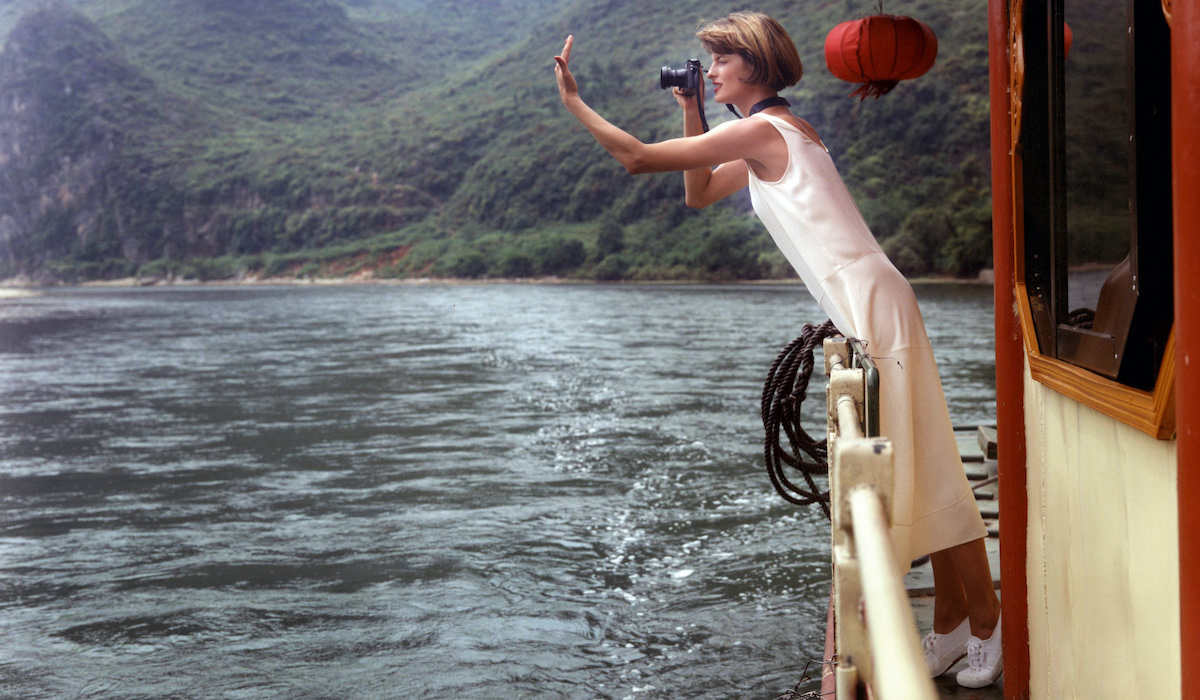 You’ve got your ticket, your passport, and that incredibly long list of things you need to eat, drink, see and visit. Most likely most of your list is based on a mismatch of sources, from that movie you watched to that random brochure you saw on the bus. We’re likely to be guilty of visiting a place for the sole reason of getting the perfect photo to upload. Admittedly, sometimes we can get so caught up in the excitement of the idea of a holiday and all the new experiences that come with it, that we often forget about the ethics of what we’re doing.

We often like to imagine ourselves well-traveled and all-knowing, whether we’ve been anywhere or not. It’s one of the reasons we all secretly tune out when that safety video on the plane comes on. We probably all have a vague idea of what to do in case of an emergency, but there’s nothing wrong with a quick refresh. In the same spirit, I’ve compiled a collection of principles that could help you and the people and places you visit have a more enjoyable time. It’s a list of the Do’s and Please Don’ts of ethical travel and why we should stop ‘Doing it for the Gram’.

We’ve all heard this one before, keep an open mind. It’s a lot easier said than done, but hopefully, its something we can all agree to work on just a little bit more. When some people travel, they often talk about culture shock or some kind of surprise. That’s understandable, no place is the same, and there is no better reminder than a trip abroad to remind us of that. While surprise is not a bad thing, constant comparisons to either your own country or others often dull the whole experience and make you feel disappointed. From food to the weather to transport and the everyday hustle, everything is different everywhere! We often arrive in a new destination with some preconceived notions of how things are supposed to be. I think many people expected to see the entire French population wearing berets and stripy shirts when they landed in Paris. Unrealistic expectations based on stereotypes will not serve you well, in fact, they’ll only leave you feeling unfulfilled. So next time land on in uncharted territory, keep yourself open to new experiences and new ways of doing things.

Let’s admit it, we don’t all have an enormous following on Instagram and other social media platforms. It’s usually a collection of our close friends and acquaintances, so it’s easy to assume that what we post doesn’t make much of an impact. But whether you realize it or not, there’s power in photos, that Instagram post has the power to shape the way your collection of followers perceive a place.

Go ahead and search for a hashtag of Africa or Asia or any other popular travel destination, and you’ll likely scroll through a collection of similar, if not duplicated images. There’s the savannah, and there’s the herd of zebra, zoom in and maybe if you’re lucky, you’ll spot a mud hut. A friend of mine once asked if when I landed in South Africa, I saw a giraffe galloping over the dirt runway. Giraffes on a runway? You can’t blame them if you realize that the only images people are seeing of a place are inspired by Lion King and safari photo shoots. So next time you visit a new location, instead of snapping an image that will help reinforce a stereotype of a people, culture or country, challenge yourself to take an image you’ve never seen before. Its all about capturing genuine stories that encourage a sense of dignity and are honest portrayals of life. Include information, like who’s in the picture and where they are! Whatever you decide to take a picture of, just make sure to question your intentions: Why did you decide to share that photo?

Just because you have a camera and are a tourist doesn’t mean you have the right to take a picture of everyone and everything. In the excitement of the moment, when you’re busy trying to capture everything with quick clicks, informed consent is usually at the bottom of our list of priorities. If it’s even on the list at all. Asking permission to take someone’s portrait is not something you should have to think twice about, just ask! Imagine someone arriving and trying (unsuccessfully) to try and take a discrete photo of you. You’d be annoyed because you didn’t know who was taking it or why or where this image was going. Once you understand this, it becomes easy to realize the importance of asking for permission. And if they say no, respect their privacy! If there’s a communication barrier, that doesn’t give you an automatic pass to take a photo either. No permission no photo. Easy!

R-E-S-P-E-C-T. That’s right, respect the people and places you visit. You’re stepping into someone’s everyday life. Sometimes we assume (wrongly) that as tourists, everywhere we visit and everyone we see becomes a tourist attraction. Many times, you visit a location and, understandably, you may not be in the loop of the cultural significance of some sites. But then make sure that you do, because it’s your job to find out. Its all about reading the signs, literally reading the signs. If a site has a big poster up asking for visitors not to take photographs, its probably for a good reason. Respect the rules because they’re there for a reason. Maybe it’s spiritual for some people, other times it can be about protecting the quality of the paintings you are seeing. Either way, make sure that when you travel, you are considerate of people and the spaces they occupy.

Everyone loves a good travel photo, that one where you’re standing against a gorgeous sunset after trekking a scenic route to an even more amazing natural wonder. It’s funny to imagine that when we think of ethical travel, we rarely think of the environment as needing the same consideration we show the historic sites or people, beyond the causal don’t litter. But think about it, some of our favorite travel destinations are the remote pristine beaches of Bali, to the mountains of Peru, and the white glaciers of Iceland. All of these locations are getting more and more popular, and our impact is seriously being felt. Not by us, but by the creatures living there. No ecosystem was prepared for the impact of a thousand tourists, so make sure to stick to trails and designated walking zones. I’m pretty sure picking up your rubbish goes without saying.

6. BE AN ANIMAL LOVER

Even if we aren’t the biggest fan of animals, there’s almost always an opportunity on a trip abroad to get up close and personal with one of them. From fuzzy baby tigers or lion cubs to an Asian elephant, something about them makes us want to pull out our phone and snap a photo, or maybe several. Preferably with us in it, touching it if we’re lucky. This whole phenomenon is wildlife tourism, and it’s an insanely popular business especially with our new found love for sharing our encounters with exotic animals on social media. The main issue with some of these attractions is that wild exotic animals have become our photo props. Don’t kid yourself, that tiger isn’t letting you pet it out of politeness, there’s often a dark side to these attractions that our photos don’t capture. Its inhumane treatment, harsh training methods, and bad living conditions. Those baby creatures aren’t willingly handed over and separated by their mothers either.

To best avoid supporting such places, you just need to make sure to do your research. High ratings and heaps of adorable photos online aren’t usually a good sign. Checking out the facilities is also a good idea; cages and chains are obvious red flags, other signs are forced performances. Animals aren’t performance artists! So next time a tourist attraction offers you an exclusive chance to see a monkey do a backflip or a dolphin dance, question it. Often, dubious facilities are advertised as sanctuaries and rescue shelters, be wary about these and read the reviews. A key thing to remember is those wild animals are wild animals. So next time you want to experience a ‘close encounter’, think twice and instead try to catch a glimpse of an exotic animal in a natural park or their natural habitat.