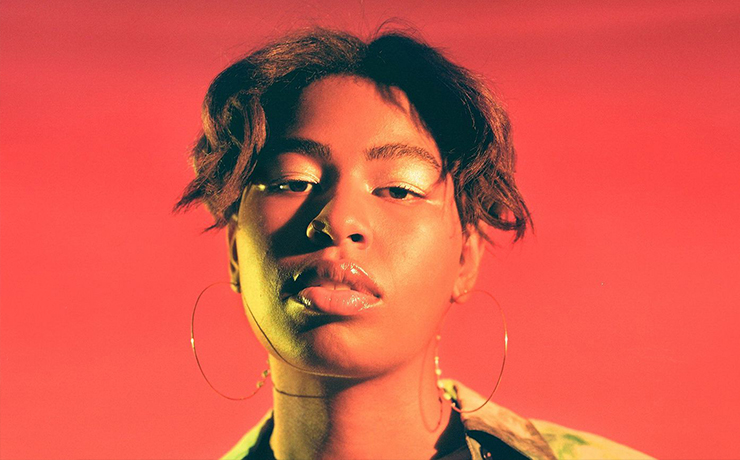 No one could have predicted all that would go down in 2020. Many of us had big dreams for this year, dreams that didn’t go exactly according to plan. This could not be more true for Orion Sun, who released her debut studio album, Hold Space for Me, on March 27, just sixteen short days after COVID-19 was classified as a global pandemic.

The R&B artist probably never imagined that her album would be released to the backdrop of a worldwide crisis. Nevertheless, the soothing power of her music is more notable than ever. Hold Space for Me’s soft but strong message tells the story of Tiffany Majette, aka Orion Sun. She takes the listener through her childhood, through the trials of different relationships, as well as through fun, playful streams of consciousness.

While discussing the hardships she’s gone through, the album ultimately conveys a hopeful message. Orion Sun candidly shares the tough times she’s endured, and the good that can come from those hard lessons. When announcing the album, she said, “Hold Space For Me is documentation of my healing process.”

Majette’s smooth, confessional lyrics stir up the right kind of emotions that we all feel but don’t always know how to express. In this introspective album, we get to know her more and in turn, we are able to learn more about ourselves.

The album’s beginner, “Lightning,” gives the listener a look into sad memories from Orion Sun’s past about losing her childhood home. The song opens with the lyrics: “Lightning / Struck the house that we used to live in / It ain’t a home no more / Just a property building with new tenants.” This is a bold introduction to the album; a foreshadowing of the intimate realms of vulnerability that Hold Space For Me ultimately explores.

More recently, with developments of #BlackLivesMatter demonstrations around the world, Orion Sun made a new musical release that is much more sombre in its subject matter.

On June 5th, the R&B artist released ‘mama’s baby’, a song about police brutality and the struggle for Black liberation. Synth-like keyboard notes play minor chords with a soft undertone of record crackling, and Orion Sun’s soft voice guides listeners into the song with, “crazy / that’s mama’s baby / she brought me in this world / white world against me.”

Orion Sun’s mastery of soothing the soul is no exception in this nearly three-minute track. Now more than ever, she uses her artistry genius to ease herself and her listeners through a difficult time.

Despite everything she shared in Hold Space For Me, her latest release is, more than ever, tangible proof of the healing ability in her music.

Orion Sun shows us how she heals: by turning complex emotions into artwork that others can connect to. Through her music, she conveys that moments of beauty and hope can come even from the even hardest of times.