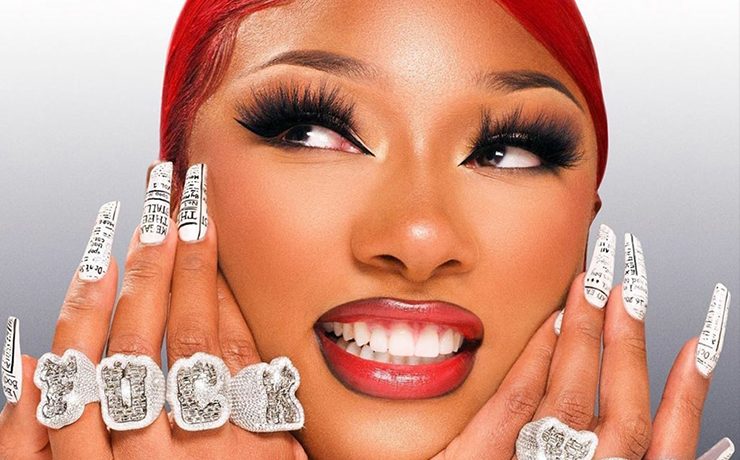 This summer has shown that nothing will stop Megan thee Stallion‘s ascension into stardom. Within the last month, she has graced the cover of Time Magazine as one of ‘The 100 Most Influential People in the World,’ and will be going onto join Chris Rock on the season premiere of Saturday Night Live. In latest news, Meg has dropped the track and visual for “Don’t Stop” featuring Young Thug.

Thee Stallion posted artwork for this track onto her Instagram, hyping her hotties up with hopes for a video and she did not disappoint. Premiering during a Youtube live, the “Don’t Stop” visuals are the perfect mood board for some Halloween looks. The Houston Hottie and director Colin Tilley show their love for iconic October watches, with scenes reminiscent of Alice in Wonderland as well as Young Thug dressed as Edward Scissorhands. The video also featured voguing cameos from Honey Balenciaga and Makaylah Lanvin.

Lyrically “Don’t Stop” is very on-brand for Megan. Her music is always about taking control, owning, and having fun with your sexuality. She has proven time and time again with the list of her heavy-hitting collaborations that she can make a hit with anyone. “Don’t Stop” is no exception. Young Thug flows on the beat just as well as Megan does. This beat adds to the spooky effect as it blends a thumping bass with dissonant sounds of strangely distorted electrical feedback.

The Marías: “Don’t Expect Anything”