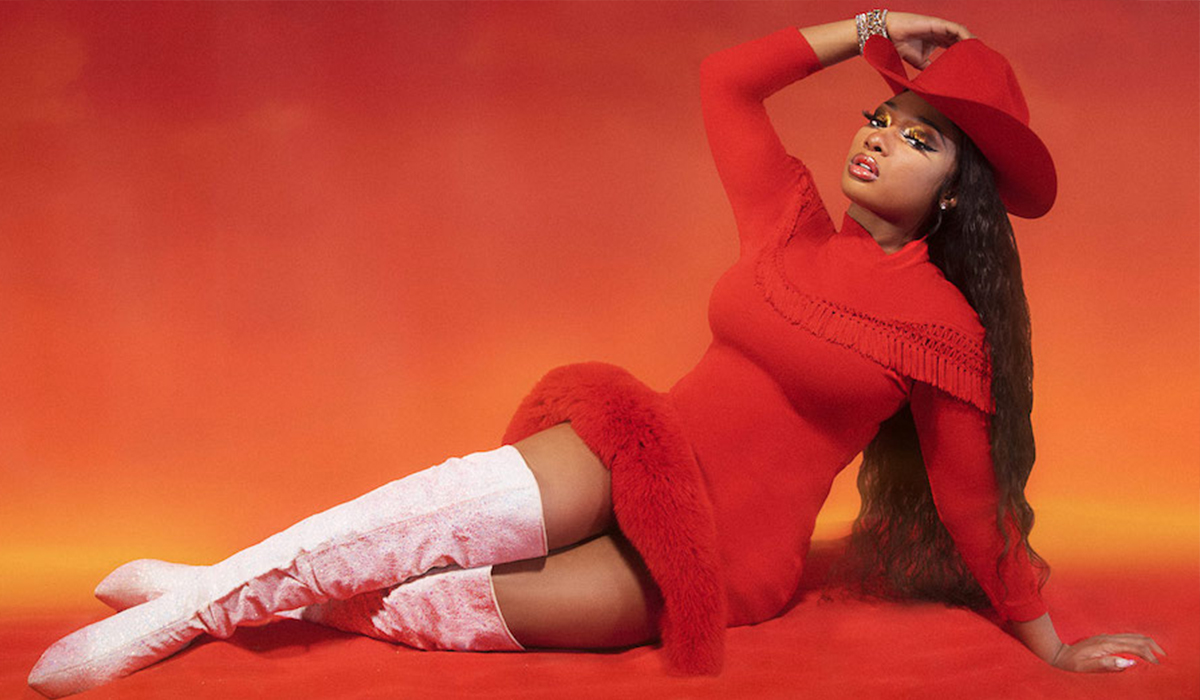 Last week, Houston–hottie Megan Thee Stallion dropped her highly anticipated project “SUGA”. It’s been a whirlwind month for the rising rapper. As the hot girl coach gives us this new music in the midst of court proceedings that will determine whether she’ll be able to renegotiate her contract with label bosses in the foreseeable future.

Luckily for us, on this occasion, the court ruled that Thee Stallion had the right to give fans “SUGA”, and we’re so glad it’s here, complete with nine certifiably hot tracks to shake our asses too as we bring in the spring this 2020. With this new EP, Thee Stallion makes it very clear that Hot Girl Summer is coming back around in a big way, and that this is – simply put – a warm-up record in anticipation of her dropping a debut album once the legal storm surrounding her career has passed.

Despite all the drama, on the record the rapper seems to be at her peak with regards to showcasing her potential as a global superstar and hip-hop heavyweight. On SUGA’s bass-led opening track “Ain’t Equal”, her cutting-edge flows take us on a journey throughout the last couple of years, as she opens up about losing “her mommy, and her granny in the same month”, and reasserts her dedication to the rap game albeit the adversities she’s faced starting out in the music industry so far. It’s a brilliant and conspicuously relevant introduction all wrapped into one.

On the track “Savage” she raps with a strikinglyfamiliar effervescence about being “classy, bougie [and] ratchet”, and on “Captain Hook”, the records’ sophomore single, she flows at light-speed over a bouncy instrumental, spittin’ and rhyming all braggadocious about being “that b*tch”; classic Stalli style. Fittingly, the lead single “B.I.T.C.H” – which serves as the EP’s fourth track – sees Thee Stallion letting these n*ggas know who’s the boss,  as she reclaims the word and muses about “keeping it real” by elucidating her distaste for double standards and being told what to do.

There’s a refreshing feminist sentiment that draws a clear line throughout all the tracks on SUGA, one that sums up Thee Stallions’ personality in a nutshell. She may be sweet like sugar like we find her on “Hit My Phone” featuring the sultry Californian R&B songstress Kehlani, but she’s also not one to be messed with in any capacity like we see her on “Stop Playin” featuring Gunna. Across the record she contrives anthems for like-minded women who are tired of making themselves smaller to please the patriarchy.

On the projects only interlude “Rich”, she continues this line of self-affirmation, as she raps about “getting money on [her] own” and being choosy when it comes to love. Before switching gears beat-wise on the Pharrell produced “Crying In The Car”, as she half-raps, half-sings about not slowing down, working hard and upholding her day ones. Closing out the project with track “What I Need”, she picks up the energy with a club banger that shows off her softer side, letting us all know that under her unf*ckwithable exterior Thee Stallion is really a romantic.

The records closing statement highlights that over the course of bringing us this project, the Houston rapper has become very much aware of her own ability to be multi-faced. After all, who says you can’t shake your booty and rap for a living whilst simultaneously being treated with the respect you deserve as a human being, more so a woman.

SUGA showcases Thee Stallions versatility in a way we haven’t heard on her previous releases. It marks her monumental growth, her rise and current unmatched relevance within the contemporary rap scene. On this record Thee Stallion isn’t afraid to be both aggressive and vulnerable, as she produces anthem after booty-shaking anthem for her fans, but also simply for the her love of the music. You won’t want to miss out, stream Megan Thee Stallions SUGA in full below.