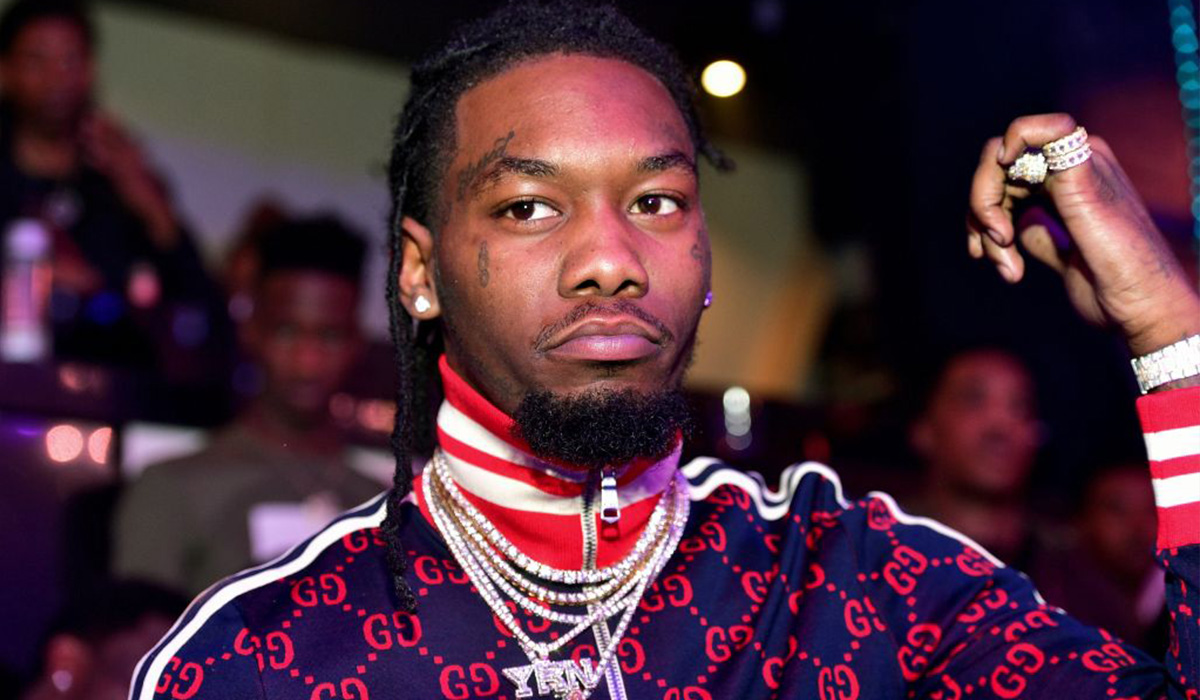 Rapper Offset has been under fire for controversial lyrics in YFN Lucci’s Boss Life, a song on which Offset is featured. The track has been out since December, but the visuals were just released last week. In the song, Offset raps:

When asked about these particular lyrics and if he is in fact homophobic, Offset insisted that he is not and that the word was used in a completely different context.

I didn’t write the line about gay people. I have said before since these issues before that I got love for all people. My passion for fashion has lead me to a lot of gay people around me who I have mad respect for and we are very cool so I’m not in a place where I’m hating like that. When I wrote that I was thinking of words that could rhyme with the others (here, lear, solitaire, bear) and I saw this definition about her having a queer feeling she was being watched and it fit what I was thinking about a stalker creepy paparazzi situation. To me that “queer” I don’t mean someone who’s gay. I mean lame people who film you, post it and stalk you. Lingo that means strange or odd. I’M SORRY. I APOLOGIZE. I’m offended I offended anybody.

People aren’t buying it. Offset is part of the group Migos, who have previously been accused of being homophobic when they suggested that ILoveMakonnen’s then newly announced status as a gay man, undermined his street credibility.

The controversy is sparking a bigger conversation, in this new age of accountability. As we sit in the middle of a global movement aiming to combat sexual harassment and systemic sexism in the workplace (think #MeToo and #Times Up), how is possible that people are still getting away with this kind of speech? Are homophobic slurs the last taboo?

This certainly isn’t the first time we’ve witnessed homophobia in hip-hop, followed by a half- apology/explanation after being called out…

When J. Cole uses “faggot” three times in a song, and says he did it to “spawn better conversations” about homophobia in hip-hop.

When Travis Scott called a hometown audience “a bunch of queers” for being too quiet at a show and explained that he was just “a li’l turnt up.”

After Eminem’s use of the word “faggot” on Marshall Mathers LP 2, he defended it by saying he “never really equated those words with being gay,” and that he “has no issue with gay, straight or transgender people.”

A Tribe Called Quest’s extremely unpleasant anti-gay track “Georgie Porgie.” Public Enemy’s “Meet the G That Killed Me.” The list goes on and on.

Although hip-hop/rap is seemingly less homophobic than ever, it still has a long way to go. The party line among our generation of rap fans is that we’re now a more accepting community (it’s true that Frank Ocean was welcomed with open arms when he came out), but I think there’s an illusion of progress that we haven’t quite made yet.

Here’s to 2018 being a year of massive progression in terms of accountability, and equal treatment and respect for ALL people, everywhere.