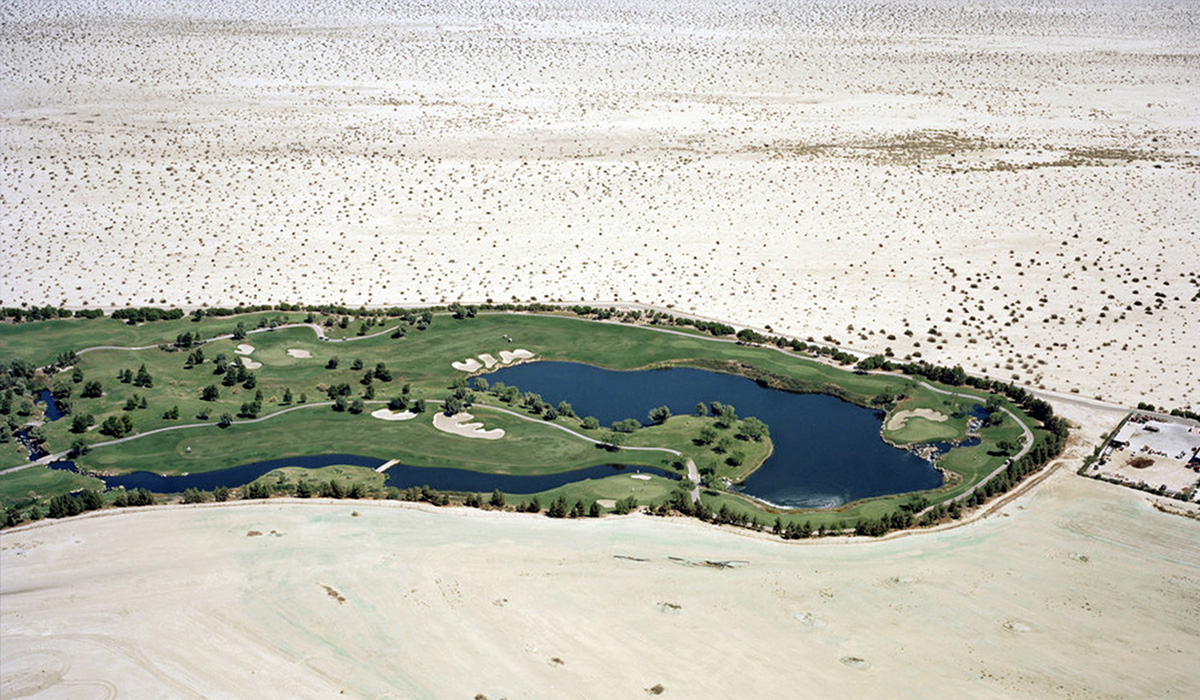 Living in California water is often the topic of conversation. The drought has remained consistent with 2011-2015 being some of the driest years on record, followed by minimal improvement in the last two years.

Additionally, recent fires, in the concluding half of 2017, devastated communities with over 40 fatalities and acres of property and land destroyed. Natural disasters often leave us with discussions about our environment. In California’s case it is usually concerning our water usage: how to manage it and how to conserve it. However, upon viewing Mustafah Abdulaziz’s photographs one is forced to take such conversations further and look closely at the ways in which we interact with this scare and vital source. Abdulaziz is a Berlin-based photographer who has committed 15 years to his latest project, Water (2012-2027), through which he hopes to document and explore they way people around the world engage with water.

‘In the Kroo Bay slum, where cholera struck hard, a boy washes in one of the two water points that services the approximate 5,500 inhabitants. The area is without access to clean water. Efforts to chlorinate these water points through the slum face behavioral challenges from the population: cholera and other water-borne diseases thrive in these conditions, chlorine in the wells degrades as they are used and the buckets used to retrieve the water are often dirty.’

Abdulaziz’s experiences photographing the great landscapes of Qatar, Patagonia and Mozambique are lent to the series where he captures the grandness of oceans, rivers and lakes while centering the most important details – often showcasing what looks like limitless bodies of water only to be cut with the presence of his subjects. Whether capturing a fish boat, a river or an overly lawned golf course in the middle of the desert, the images are reminders of how exclusive water, especially clean water, can be in our society, regardless of how often we are surrounded by it.

Chronicling daily relationships as he travels through different countries, cities and neighborhoods – Abdulaziz inevitably documents the scarcity and pollution many people around the world are facing amidst the water crisis. A stark reminder of our responsibilities to conserve, create access to and reflect on the the uncertain relationship we have with one of our most critical life sources.

Check out more of his work here.