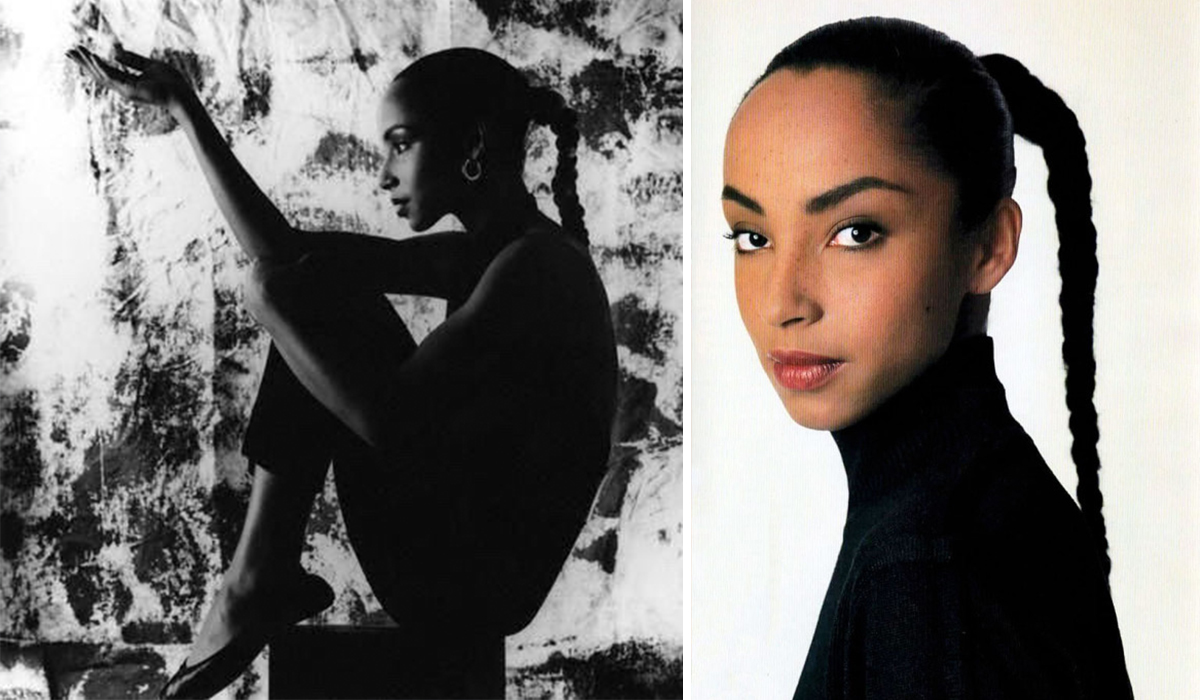 I remember my mother introducing me to Sade as a child. It was the mid ’90s, and that striking close up of her face in ‘Your Love is King’, remains the first image I remember.  In awe of both her eloquence and power; the sensitivity of her words, and sensuality of her demeanor, I remember thinking, even then, that she was the epitome of woman. Now well into my 20’s, I can clearly look back and recall a lyric, melody or style of hers, that has accompanied specific moments of my own journey as a woman. And in glancing through the most recent issues of Vogue, or even my own IG feed for that matter, I see her essence continues to resonate with so many others – as evocative as it is visual.

Now in lieu of recent news – breaking the internet with the word of a new album –  we couldn’t help but reminisce through her most timeless moments, as both artist and style icon. As no ordinary beauty, the Nigerian-British singer has not only left an indelible mark on the Neo-Soul landscape, but also cultivated a lasting signature aesthetic.  As mentioned in Vogue, ‘it’s impossible to imagine Adu performing one of her soulful, blush-inducing ballads without her ever-present crimson pout. Immaculately traced on and saturated with pigment, it often boasts a lustrous, high-shine finish’. I can’t tell you how many years that rouge has inspired my own beauty routine –  but while scarlet lips are often noted as Sade’s pièce de résistance, they are always scrupulously adorned with outfits which have become just as timeless, in their own right.

A slip dress, ever so casually falling over her shoulder, or an intricately embroidered crop top bore the artist’s figure, as she seduced oceans of audiences. And whether re-imagining herself as a mermaid in ‘No Ordinary Love’, or washing ashore in a red velvet dress in ‘Love Is Stronger Than Pride’, the singer used her ensembles to create a particular ambience, which became unique to an artistry – soley she could evoke. I should also note here that the ubiquitous winter uniform you see on New York’s flyest girls — you know, the sleek hair, monochrome turtleneck, golden hoops, high-waisted trousers – and occasional matching bolero jacket — didn’t just emerge from a vacuum … scroll through IG long enough, and you’ll see exactly what I mean. These too form part of Sade’s most signature attires, following her onstage rendition of  ‘Smooth Operator’ in the early ’80s. (With that said, it was also no surprise to see a pair of Adu’s trademark gold hoops – swaying from her ears as she met with rapper Drake recently).

It’s also no surprise that her style has not escaped the runways of Paris either – with designers from the likes of  Jean-Paul Gaultier even paying tribute to the artist with his very own ‘sade look-alikes’. If anyone recalls his SS13 collection, you’d know that Olivier Rousteing was not alone in  borrowing her signature hoops and shoulder pads for his Balmain collection, as Gaultier dressed his models entirely in head-to-toe ‘Sade’. Down to her painted lips and single braid, it turns out, fashion has played no small role in the legacy of Helen Folasade Adu. Now following just over seven years since Sade graced audiences with a full-length album (still youtubing her ‘Bring me Home’ tour on repeat) we  have her newly released 2018 single “Flower of the Universe” (featured in Ava Duvernay’s A Wrinkle in Time) to linger in our Spotify playlists. And in awaiting Sade’s forthcoming album  ..  here’s also hoping for another tour. For whether it’s the depth of her voice, potency of her lyrics,  or her ever enduring style, we’ll always be here for a Sade comeback.