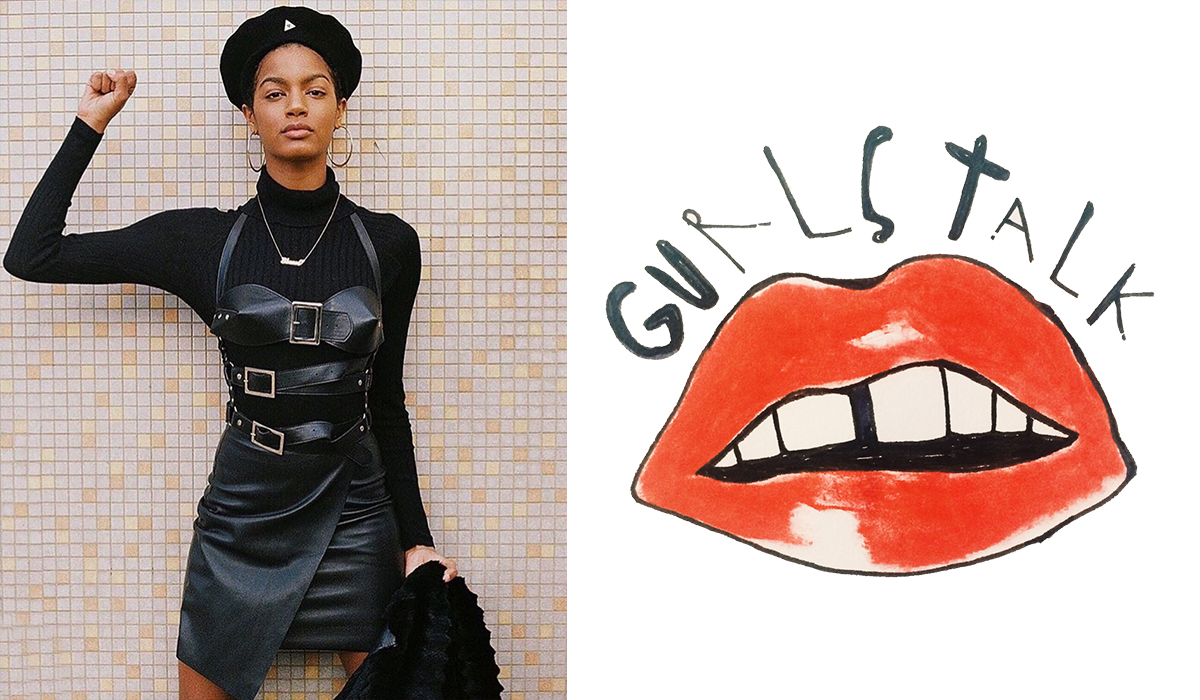 What Do You Weigh? | How to Lighten Up a Heavy Topic

The hottest trend in the fashion world right now isn’t a thigh gap or symmetrical face – it’s having a voice and using it. So many aspects of our society have changed this past decade, and with models being expected to not only have perfect looks, but a well-informed opinion too, it’s an interesting cultural shift to observe and discuss.

In the age of social media, public figures are given a platform for direct communication with the outside world – an opportunity that was rare a decade ago. Sure, models were able to have an opinion during the 90’s too, with Naomi Campbell and Cindy Crawford stating that they would rather go naked than wear fur. But other than that, political activism in the fashion industry was a rarity. Back then, those choosing to go against the status quo did so at the risk of ending their entire career. Today, being quiet at a time of political unrest is what might get you shunned. In fact, speaking out might make you even more sought after on the runways.

With this being said, an entire industry that’s built its legacy on oppressive ideas suddenly flipping the script and using political activism as cash crop is of course very problematic. I think we’re all curious to know whether feminist slogans on t-shirts and increased diversity on the catwalk is a fad trend or the new standard. *Fingers crossed for the latter.*

The way I see it, models represent a fantasised idea of women, so when models begin to be outspoken, empowered and informed, little girls are growing up in a world where the most celebrated, ideal women are, yes, unattainably pretty, but also loud and insubordinate.

In celebration of smart, outspoken fashion models, I have listed a handful of names we should all be acquainted with below!

British model Adwoa Aboah is an NBGA (and fashion industry) favourite, with a unique and beautiful look. Aboah is the founder of the feminist organisation Gurls Talk, an online platform featuring articles supporting female-focused dialogue and aiming to empower and celebrate girls without judgement or discrimination.

Cameron Russell is, according to some people, the person that spurred the activism trend among models. Her TED talk in 2013 seriously addressed issues in the fashion industry, stating that her success was part of a “legacy of gender and racial oppression”. Russell is also a UN advocate, Rainforest Alliance ambassador and was a vocal Democrat supporter during the 2016 Presidential election. Scroll down her Instagram feed and you’ll come across dozens of posts where Cameron has shared DMs from models sharing their experiences of sexism in the modelling industry, hashtagging each post with #MyJobShouldNotIncludeAbuse.

The Fenty Beauty model Leomie Anderson is the founder of LAPP the female streewear brand and digital platform, aspiring to empower the 21st-century girl. She’s a business woman using her unique platform to do good and create something bigger than her already very big modelling career.

Kalvin Klein model Ebonee Davis drops some pretty major truth during her amazing TED talk, stating that “lack of value for black lives in the fashion industry is the same lack of value that leads to black people being gunned down in the street”. In an open letter to the industry about its biased casting practices, Davis writes: “It is no longer acceptable for us to revel in black culture with no regard for the struggles facing the black community.” Words that should honestly land her a cover of Vogue.

Winnie Harlow is the Toronto Native supermodel who, because of her vitiligo, has had to engage in the politics of the fashion industry when she’s painted as a victim of her skin condition, stating that “saying ‘brave’ to me about going outside and being confident in my skin implies that there’s a problem with my skin and I must need a pat on the back for being so confident for going outside looking like this.” She continues, “a change in the industry will come when using a model who is quote en quote plus size or skinny or has vitiligo isn’t a trend or a statement, it’s just using models.” Preach, Winnie!