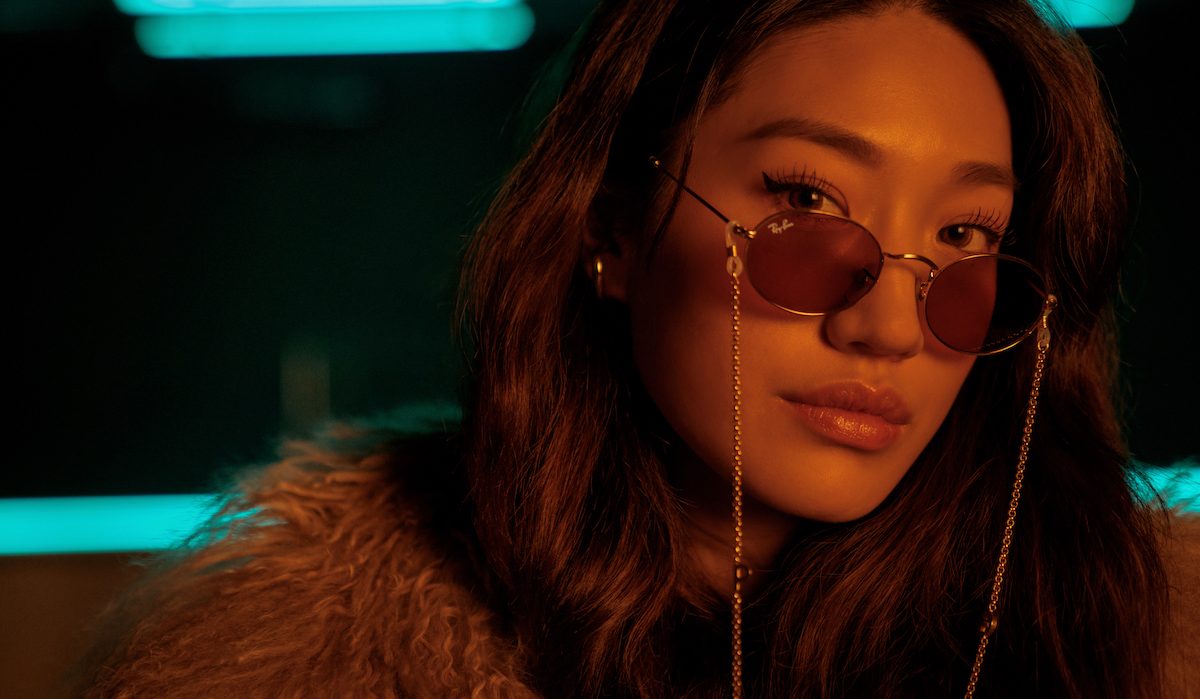 Being one of the most influential DJ’s of our time, boss lady Peggy Gou is no stranger when it comes to melting boundaries between music and other creative endeavors.

The Berlin-based South Korean born artist and producer — who through an experimental combination of deep house and techno and electric beat matching compositions — has turned the heads of many in the underground music scene, as well as around the world. With over 1 million monthly listeners on Spotify, 818k followers on the ‘gram, 4 EPs, various singles and mixes sprinkled across her Soundcloud and Spotify, as well as being a Boiler Room favorite, it’s no wonder Gou has skyrocketed toward global musical success.

However, in the last year, her name has been mentioned within the fashion circuit with ventures such as being a face in Nike’s #justgobigger campaign for the release of the Airmax 720 and has in the past partnered up with brands such as Ray-Ban and Tag Heuer.

Fashion and music has become a popular marriage as we’ve seen done by Virgil Abloh– also a DJ, head of his own streetwear brand Off-White, and the creative director of menswear for Louis Vuitton; Rihanna, singer, head of luxury fashion label Fenty as well as being a creative director for Puma, and Kanye West, rapper and huge influence on the fashion scene with his highly rated brand Yeezy. We’re in an age where art is more daring than ever and there is no longer a set of rules whereby art is defined. It is no longer unconventional for cultural mediums such as fashion and music to merge in order for brands to reach more relevant and current audiences.

If her Instagram is anything to go by, Peggy has a style that is enviable to even the trendiest of fashionistas. Her brand ‘Kirin’- which is Korean for giraffe (her self-confessed spirit animal) – was launched during Paris Fashion Week. Talking to Vogue at the launch party, she mentioned her vision for the collection was to stay true to herself and her unique style. There are pops of neon and bright colors, a smiley and clown face motif on various items, backless racer style dresses and Gou’s signature go-to outfit – two piece looks with an abundance of edgy prints.

Her approach to the collection was solely based on her personal taste. The link between her musical taste and the taste she has for fashion is apparent in the fact she relishes wearing her own clothes. She plainly puts it that if she likes it, she likes it — and if she doesn’t, she doesn’t. Although she’s had her hand at fashion in the past, this endeavor was more about creating the full package to work alongside her music.

When approached by Davide de Giglio and Andrea Grilli from New Guards Group about working with her, she protested that she wasn’t a designer, but was reassured by the fact that all they needed was her vision and ideas – the rest would get taken care of. It was never about being the best designer for Gou, it was just about creating pieces that she loved– commenting that “if you like it, wear it. If you don’t like it, don’t. I’m not a designer I’m just doing what I love”. This attitude is so important when it comes to creating any kind of art. Only you have the power to define it and those that understand it will follow suit and those that don’t will fall to the sidelines.

The New Guards Group is something of a game changer when it comes to luxury fashion, challenging the ideals of the traditional houses Kering and LVMH. Formed in 2015, the Milanese conglomerate is home to various luxury streetwear brands such as Off-White (of course), Palm Angles, and A_Plan_Application. It prides itself on being “an accelerator of innovative fashion brands” and essentially using fashion as a tool that transcends just clothing. Marcelo Burlon, the co-founder of NGG, believes it’s “a new movement” that has music and the party scene at the center of it.

In our generation today, being multi-faceted is the new groundbreaking thing. For every man or woman, regardless of creed or color who identifies as a creative aim at extending their talents beyond one niche in this digital age, it has never been easier. It’s encouraging for those that may be interested in several creative ventures, as the challenge isn’t just about being good, it’s about thinking outside of the box and thinking about how two unique creative industries can come together to create synergy. With this new way of thinking comes new ways of creating, and new creations ultimately lead to change in perspectives. Art is art and it’s important that we celebrate it in every form available to us!