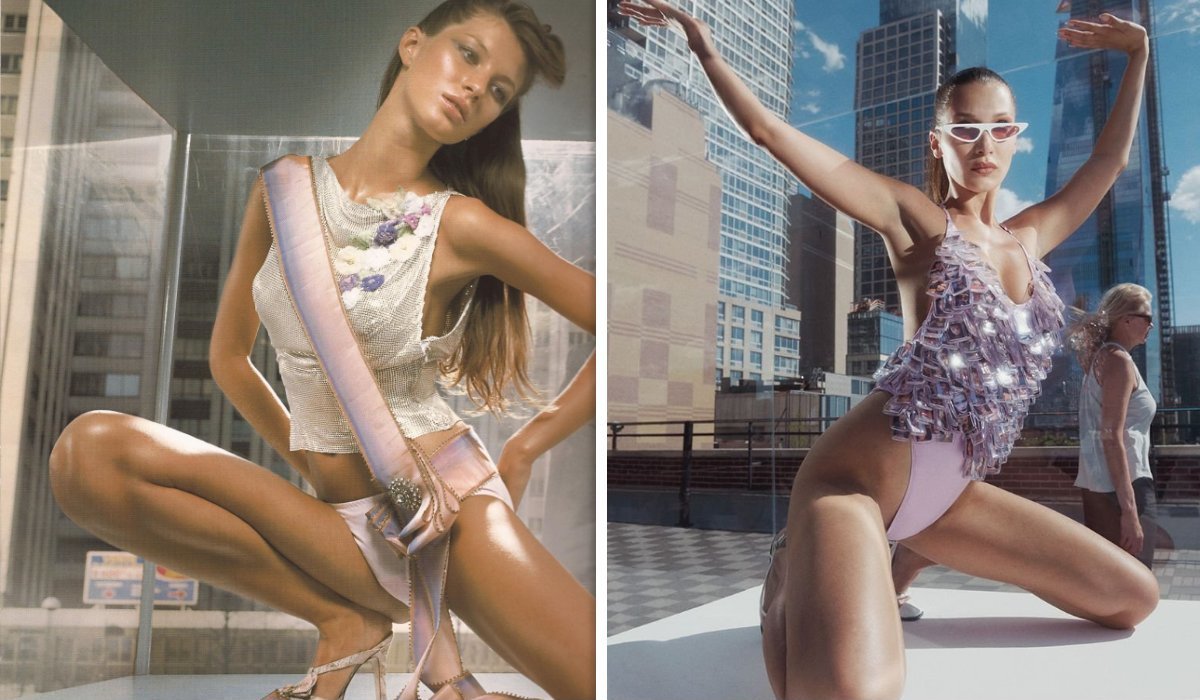 Information is spread faster than ever before. Faster than content is created, it can be shared, and it can be copied. Perhaps the most accepted version of this today is the meme. Memes come and go, expiring quicker than the milk in your fridge. And while there is contestation surrounding joke and meme content creation and curation today, this same phenomenon affects the world of fashion.

As the notorious Instagram page @Diet_Prada has made a mission of pointing out, there was maybe a time when the fashion industry would get away with plagiarism, but in the age of information, there’s no place to hide.

The concept of re-creation and copying is very complex but begs the question, is it even plagiarism at all? Throughout art history, we see references to artworks prior. Some of them are quite blatant. Consider Giorgione’s “Sleeping Venus” (1510) compared to that of Titian’s “Venus of Urbino” (1538) to Manet’s “Olympia” (1863).

Each work is prized as a masterpiece of their own accord. Reference and homage is very common in the art world. So, is it necessarily bad when it happens in the fashion industry?

There are a couple ways to think about re-creation in the fashion industry, though it’s admittedly not black and white. The first is that credit needs to be given where credit is due, particularly when profit is involved. When an artist’s work, ideas, and/or concepts are not compensated with the bare minimum of credit, their labour is being exploited. The latter is that homage or reference to iconic works can enrich our cultural canon. Take a look at the following images:

Looking at these juxtaposed spreads, it’s clear this shoot of Kylie Jenner and Travis Scott was not an original concept. The layout and clothes are nearly identical to that of Serge Gainsbourg and Jane Birkin. But, could this be seen as an example of replication in the way of homage?

Jane Birkin having been a symbol of feminine sexiness for decades, when re-created by Jenner, it could be seen as an addition to the discourse that Kylie Jenner is a popular culture icon on her way to making the same mark. The reference here can be seen as dedicatory, as if Birkin is passing down a torch.

Another day, another Kanye rip. The just released Yeezy Season 6 campaign lensed by @elirusselllinnetz bears a striking similarity to this 2015 series by @thingspowerthemselves . It’s pretty messed up when you consider the original work by Rita Minissi explores identity and was inspired by dealing with personal trauma and a resulting desire to reconnect with her own body. Will Kanye own up to it this time, or will he be blaming others like he did with the Tony Spackman sketch not so long ago? Lol • #yeezy #kanye #kanyewest #ritaminissi #art #photography #model #pose #neutrals #sneakers #hypebeast #hypebae #snobshots #athleisure #leggings #bikeshorts #sweats #sweatshirt #wiwt #ootd #dietprada

This spread from Yeezy Season 6, however, takes concepts and imagery from artist Rita Minissi. This is where re-creation becomes more of an ethical issue. Yeezy, the clothing line by Kanye West, is an estimated billion dollar brand. When work is not attributed to the artists it has pulled from, it is, simply put, theft. According to Minissi’s website, it appears she has since worked with the Yeezy brand. Hopefully, she has been rightfully compensated.

The re-creation doesn’t stop there. In this image put out by Ariana Grande this past year, we see that the imagery for her song “God is a Woman” was originally ideated by the team at Jean Paul Gaultier in a 1993 campaign. Big-hitter against big-hitter, how do we talk about ethics in this context? Both creative teams are likely flush with cash so who is this hurting? Maybe no one. But can we say this was done out of respect for the original as opposed to an attempt as passing it off as an original? One would hope.

The issue of re-creation in fashion, of course, spans beyond editorial. When Kim Kardashian is photographed on a red carpet wearing an outfit, the design will be in fast fashion chains across the world within weeks. On the bright side, you and I can afford the look. In this regard, it can be seen as the democratization of high fashion: accessibility combatting the hierarchy of elite brands. On the downside, a designer has been denied compensation and/or recognition for their work. This issue becomes even more complex when thinking about small designers versus established fashion houses.

There are plenty more examples of these replications each with their own complex origin stories. And while we might be left with more questions than answers, it’s a topic worth our consideration. Creative work, whether it’s film, graphic design, or fashion, is a big contributor to our understanding of the world. It should be respected and contemplated as such.