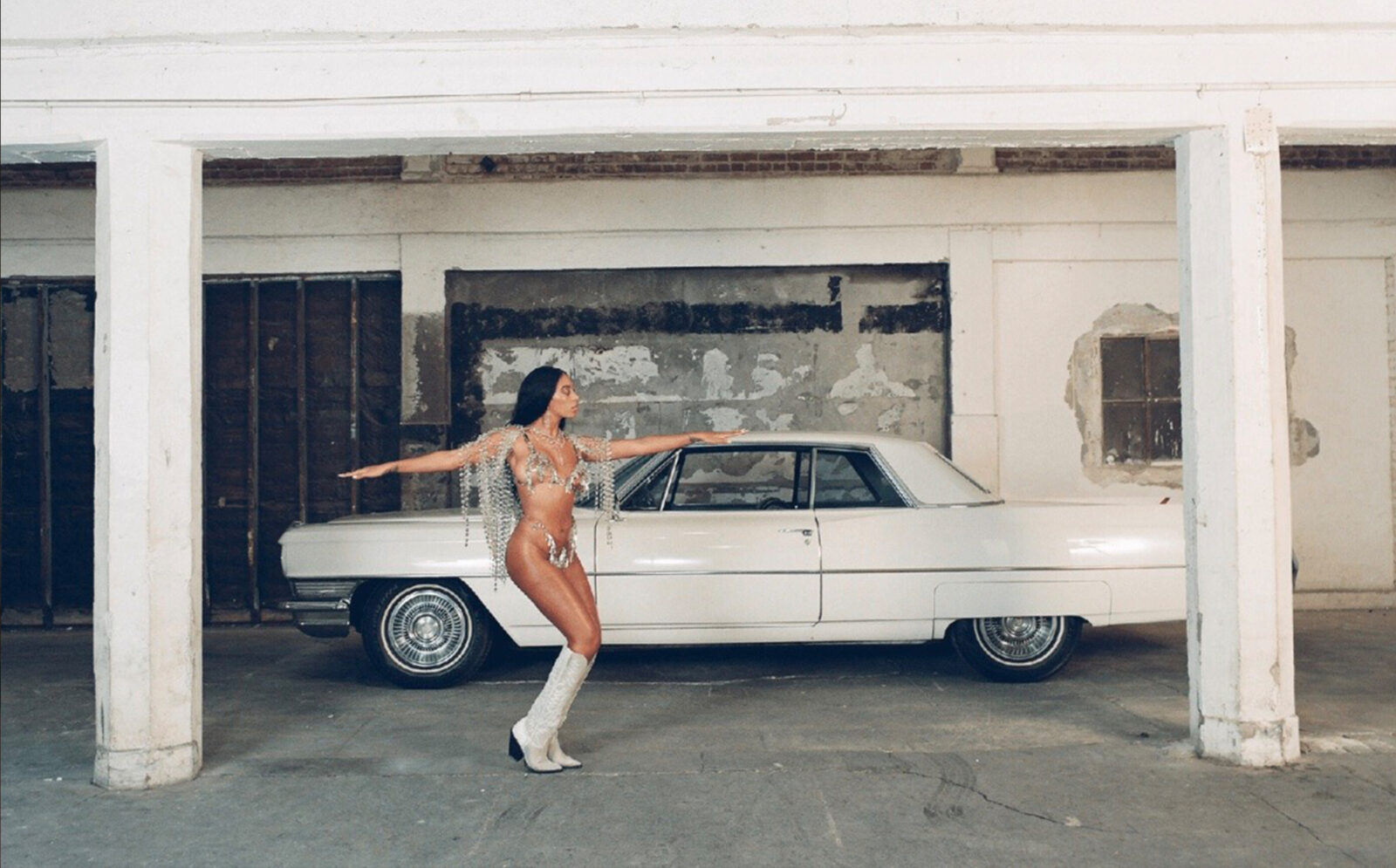 In those moods where you want to escape the world, Solange’s When I Get Home is the perfect album to get lost in. In nineteen tracks, Solange delivers a timeless album with hypnotizing lyrics and ethereal instrumentals that seep into your brain.

Dreamy electric synths, floating synthesisers, and layered vocals colour the album, creating a beautiful and unique genre that combines cosmic jazz, hip hop and drum and bass. From start to finish, Solange keeps the momentum going with beautiful, poetic interludes and a spectacular line up of guest features which include Playboi Carti, Gucci Mane, Tyler the Creator, Sampha and Abra. This is one album you don’t want to play around temporary lovers, rather one that is reserved for conscious listening, dancing and even meditating.

Her previous album A Seat at the Table was concerned with exploring themes of Blackness and prejudice, but When I Get Home is centred on feelings that express her freedom and power. Solange also revisits her roots in Houston, paying homage to the Houston-born chopped hip hop style. She drops references to Houston, naming an interlude ‘S McGregor’ after a major bypass in the state and in ‘Way to the Show’ sings about ‘candy paint’, a popular car deco among Houston’s slab scene.

Solange reveals her feelings about manifesting dreams, spirituality, moving with intention, divine femininity and Black empowerment. She is a master at summoning and releasing these feelings.

The album starts off with a beautiful interlude, ‘Things I Imagined‘, hinting at the process of manifestation. Over a dreamy, electric piano melody, “I saw things I imagined” is repeated several times, similar to the process of reciting affirmations. While ‘Down with the Clique‘ is reminiscent of the late Aaliyah’s style. The falsetto, a 90s inspired hip hop instrumental and electric piano by Tyler the Creator, Solange creates a catchy tune.  Can I Hold the Mic (Interlude) sheds light on Solange’s struggle with defining her identity through a sample by rappers Diamond and Princess.

“Can I Hold the Mic (Interlude)” by Solange

At the heart of the album Stay Flo features, and it is one of the most popular songs. For good reason too, the layering of the vocals, 90’s beat, electric piano riff and production by Metro Boomin is truly magical. Dreams on the other hand is a hazy and mellow song that deals with childhood dreams. The track begins real soft until the bass drops and Earl Sweatshirt creates a marvellous outro which is remixed to high heaven. Followed by Nothing Without Intention (Interlude) reminds you to “Do nothing without intention”. Solange touches on Black empowerment again with Almeda, a proud celebration of Black people and features a wonderful Playboi Carti collab. Solange sings: “Black skin, black braids / Black waves, black days / Black baes, black things / There are black-owned things / Black faith still can’t be washed away.”

My Skin My Logo is a fun jazzy collaboration between Solange and Gucci Mane. In between spitting lyrics, Solange is close to laughter and you witness a more playful side to her. In Binz, Solange conjures up an image of waking up wearing Saint Laurent, surrounded by money and blunts. Although the song is only one minute and twenty six seconds long, the melody makes you want to get up and dance. Beltway is a softer and slower tune infused with a higher frequency and this is followed by Sound of Rain, a Pharrell beat which very much gives out of space vibes. Solange ends the album with I’m a Witness. She states she is “taking on the light” and “won’t stop till I get it right”. We witness Solange’s commitment to make her dreams a reality. The repeated lyrics are a small prayer where she can manifest her dreams from an empowered place. Solange embraces her roots and Black heritage, successfully finding freedom in her multidimensionality as an artist and Black woman.

When I Get Home is a beautiful piece of introspection from Solange. We witness her range as a singer, her joy and her boundless creativity. Her commitment to expressing her feelings has generated one of the most beautiful albums to exist. In under forty minutes, Solange has created a timeless but captivating album that is infused with her deep passion and love for music.

To mark the albums 2 year birthday, Solange has released the Directors Cut via Criterions Chanel which you can watch here.