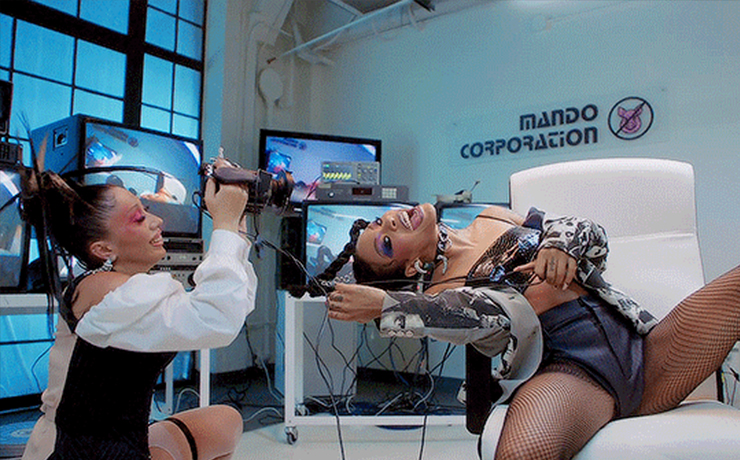 Phoebe Bridgers ends the world in her new album, Punisher

Kali Uchis and Rico Nasty teamed up to drop the music video for their new single Aquí Yo Mando, and it’s the collab we all needed. The music video, directed by Philippa Price and Kali Uchis herself, depicts the artists as high-fashion femme-fatale rockstars.

The bilingual song, which dropped as a single on August 7th, is about taking charge and claiming power.  Uchis sings,  “Haces todo lo que diga (You do everything that I say). / Si estás conmigo solo mando yo (If you’re with me, only I call the shots).”

The music video opens as a Telenovela-style film, and shows Rico and Uchis as seductress assassins on a mission. They sport ultra-thin eyebrows and spiky hair; nodding to early 2000s futurism. Their looks even had some pointing out similarities to TLC’s iconic No Scrubs music video.

The two made bold fashion statements with this video, and their larger-than-life looks perfectly match the self-empowerment mood in this song. The video shows them dancing, dropping bodies and counting cash.

After releasing the single, Uchis confirmed that her second studio album is on the way. Rico Nasty also dropped a new single of her own, IPHONE, just a few days after this video release.

“I pray this song makes you feel tasty and powerful,” Kali Uchis said about the drop of Aquí Yo Mando. If that was the goal, it’s safe to say she nailed it.