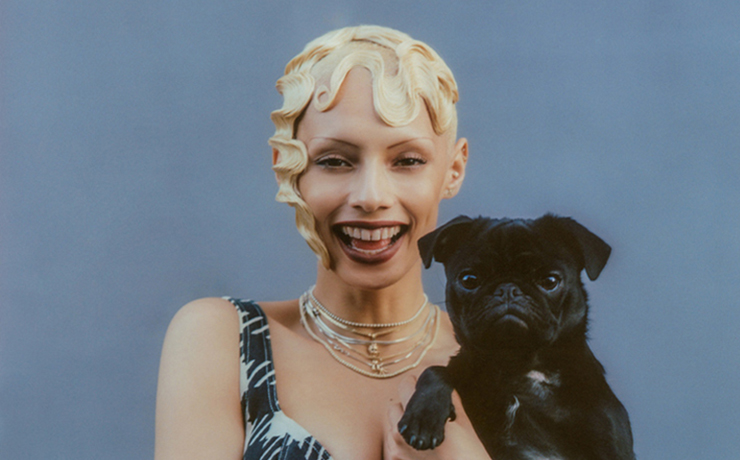 A beginner-friendly guide to the hottest fashion docs

In the last decade, inclusivity has finally become commonplace on the fashion runways and editorially. Age, race, and size are just a few areas where we’ve seen much-needed expansion. While some designers are too eager to capitalize on moments like this temporarily, others have long sought muses in street casted non-models and diverse body types. In exploring this concept, it’s necessary to look at the evolution of fashion presentations and modeling throughout time.

If you grew up watching Project Runway or collecting stylish magazines like I did, you’ll remember that there was a loud consensus of clothes fitting better on taller and slimmer bodies — as if everyone else didn’t or shouldn’t desire to wear fabulous things. It would seem as if this was always the industry standard. But modeling has such a rich history stemming back to the mid-19th century and in those early days, there were no standard sizes associated with the career. This was before ready-to-wear and mass production, when designers typically considered various heights and body types to best cater to the needs of their rich clientele — as Stephanie Buck of Timeline puts it, “they sold more clothes that way.”

Additionally, fashion shows as the spectacles that we currently know them to be did not prevail until the early 1900s. Prior to this, it was more common for couture dressmakers to meet one-on-one with their clients. French couturier Charles Frederick Worth pioneered the “real models” phenomenon in the 1850s when he recruited house models to flaunt his designs as opposed to the inanimate body forms and mail-order fashion dolls that prevailed centuries prior. The term “living mannequin” was often associated with the women of different sizes who lavishly wore the clothes at House of Worth so that the designer’s best clients could pick their latest fashions. By the 1940s, fashion houses were more commonly hosting biannual collection presentations in salons and hotels, but the prospective viewers were mainly industry insiders and buyers.

Models still occupied a sense of general anonymity — even Lisa Fonssagrives (photographer Irving Penn’s wife and the star of over 200 Vogue covers) deferred more to the clothing when talking about her relative fame. She told Time in 1949 that, “it is always the dress, it is never, never the girl. I’m just a good clothes hanger.” There’s also debate over who can be considered the first supermodel, but one thing is certain: when Twiggy became a household name in the 1960s with her slim, boyish frame and androgynous haircut, this set a major tone for how people would perceive the “appropriate” size of models well into the 21st century.

The rise of cinema and celebrity in the 20th century gave actors just as much influence over fashion trends as the wealthy socialites — with stars like Madonna making runway cameos by the 1990s. But at the turn of the millennium, there seemed to be a growing love-hate relationship with the frequency of celebrities who sat front-row at the fashion shows. On one hand, they could add some credibility to a lesser-known designer, but on the other hand, they could be perceived as a distraction to the presentation itself as the reviews would become more about who showed up and what they were wearing. Street style photography ultimately changed everything. Gabrielle Korn writes in Refinery29 that this phenomenon “democratized fashion before Instagram did” — as someone who studies trends in both fashion and media, I vividly remember the shift.

Prior to Internet influencers sitting front row, fashion insiders were most concerned with observing the clothes for how they’d drape on a hanger or in a magazine editorial — they rarely thought outside of the sample size. Yet, street style allowed for some intermediary attention to how general fashion enthusiasts of all sizes would wear the clothes — not just the ones who were paid to rock them. More plus size bloggers began creating their own lane in the fashion industry, thus slightly more representation of their sizing on the catwalk. Street casting for fashion shows became much more common post-aughties.

Regardless of the era, it’s been culturally significant any time a designer thinks outside of the box with casting. French designer Jean Paul Gaultier had a rich history of relying on modeling elites like Naomi Campbell and Kate Moss, but he also consistently showed a cast of unexpected characters. As iconic as his Fall 1995 show was for giving us the cyberdot print and futuristic silhouettes, the diversity of Gaultier’s models was equally forward-thinking — featuring pregnant models such as Estelle Lefébure and Claudia Huidobro and older women like Carmen Dell’Orefice.

The current fashion reckoning has been brewing for years: Rick Owens had a memorable presentation in 2013 that featured college step teams performing down the runway, while Vetements had a standout Fall 2017 collection where elderly people dominated the show. There’s even been a resurgence of models who were popular in the 20th century making strides as seasoned, mature professionals for designers like Dolce & Gabbana and Calvin Klein. The trend of inclusivity reflects an intentional choice of casting diversity, but also a wider selection of models at newer (often anti-establishment) agencies. New York fashion label Collina Strada consistently casts a wide array of folks across age, size, and ability. So does Chromat and Eckhaus Latta. The latter is specifically known for casting non-models (or as they call them “nodels”). It’s also the case that designers have long used their loved ones as muses— if not for unconditional love and admiration, then definitely for accessibility and proximity.

The change in representation is even noticeable outside of the runway. In conversation with my best friend (who studied fashion merchandising and who I’d grown up marathoning America’s Next Top Model with), we casually observed the differences in models represented even on e-commerce sites. It’s refreshing and necessary to witness companies present multiple options of how clothes fit different body types — especially considering that the average American woman wears a size 14 or above. In retrospect, some of the early plus size competitors of ANTM — who were often highly scrutinized — would be smaller than average by today’s standards. I think about this often. Yet, we still see headlines of plus size women dominating the runways as groundbreaking, even though they make up a major percentage of the US population.

Increasingly, consumers want to see models that are more relatable to better imagine how garments can be styled off the runway — and that’s not at all to say that people cannot relate to the statuesque and slim supermodels strutting the catwalk but realistically we are each more diverse in size, complexion, and proportion. I’m hopeful that this newer direction is not a fad — I wish to say goodbye to the days when the phenotypes that people have are capable of going out of style. But if the fetishization of certain looks serves my memory correctly, it’ll take a majority of diverse runways to actually experience the sea change.