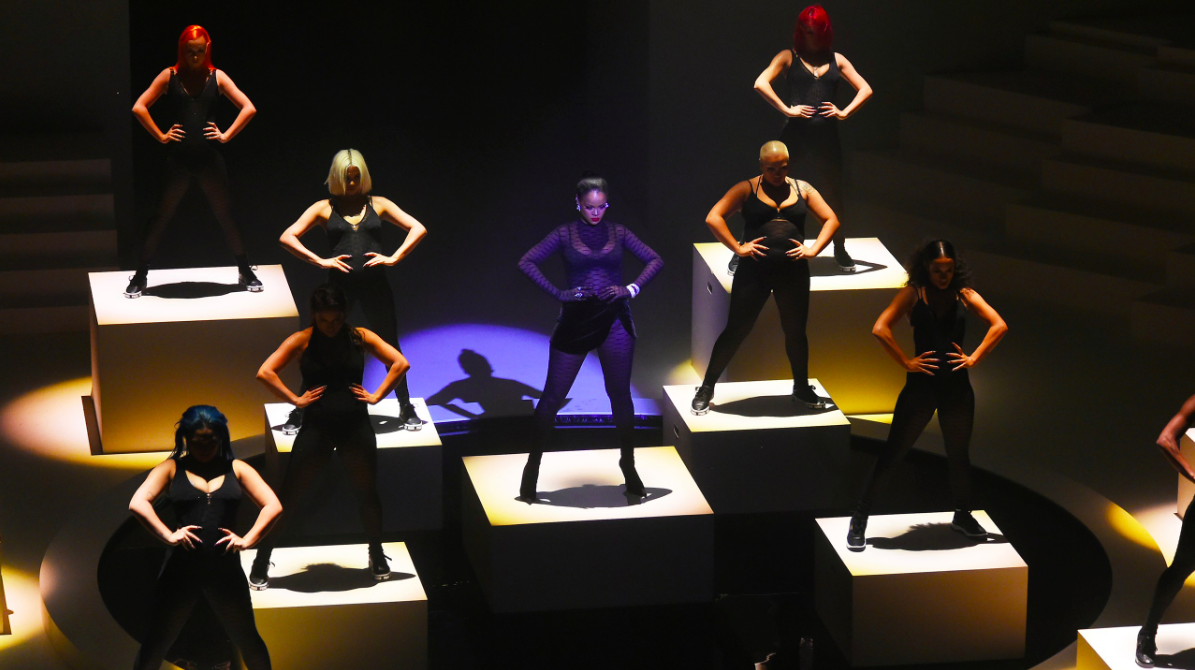 The School Of Chill-Hop: Our Back To School Study Playlist

Rihanna’s second Savage X Fenty Show made it’s worldwide premiere Friday night, on Amazon Prime, and it was everything. This may have been a NYFW show, but it was not your average runway. The Fenty Corp CEO said it best: “Technically, it’s a fashion show, but Rihanna doesn’t do anything that’s already out there”. The rise of Savage X Fenty follows the demise of ex-powerhouse Victoria Secret. Thankfully, I haven’t watched a Victoria Secret fashion show since I was in grade 10, as that was the last time I can remember willing putting myself through the psychological turmoil of unattainable body goals.

The special starts with someone saying “The show is a unique hybrid of music, fashion, and dance, that celebrates diversity”, a description that, for lack of a better word, was spot-on. We watch as Rihanna, in what I’m sure was a blacked-out UberX, discuss what she’ll be looking for when it comes to casting the show. She’s intentional with her words as she says “I’m looking for unique characteristics in people that aren’t usually highlighted in the world of fashion, as it pertains to lingerie, and ‘sexy’.

The Savage X Fenty runway show would be better titled an “experience”. The dancers and Paris Goebel’s amazing choreography brought the already vibrant and impeccably styled lingerie looks to life. Everyone looked good, but more importantly, everyone looked like they felt good. Some looks were ethereal, and exotic, with lots of bright colors, while others were dark and sultry. Naturally, it was a star-studded affair. Of course, there were some of industry’s familiar faces like the Hadid sisters, Cara Delevingne, and Joan Smalls. However, we also got to see those who shine in different industries slay the runway, like Laverne Cox and Normani.

There were performances by Big Sean, A$AP Ferg, Tierra Whack, and more. When I first saw 21 Savage on stage in that red satin robe, I thought he was going to perform. Turns out he was a model! They also had Sean Combs looking like a whole meal in his Savage X Fenty boxer briefs. So, boys, don’t trip, there must be a Savage X Fenty men’s line in the works, too. The entire show was dreamy, sexy and fun, without being delicate, fragile or chock full of thinness only genetics, a strict regimen, and money can buy.

Some fashion “purists” argue that exclusivity is an integral component of the fashion industry, particularly in the high-fashion/fashion week scene. According to them, fashion, at its core, is about the “haves” and “have-nots”, and anything other than that will crumble the whole system. That may sound like an unusual, or shocking take in this era of supposed diversity and inclusivity, but it’s not as uncommon as you think. Many brands, like Revolve, for example, have made it pretty easy to see where they stand with their majority casting of thin white women.

While the entire show was fantastic, what really stood out was this sense of togetherness, and belonging. From the stressed-out director and corporate execs to the performers, every person on the team seemed so ecstatic to be part of something so rare in fashion: a genuine display of inclusion. One model shared how glad she was to be there because modeling lingerie was something she thought she’d “never be able to do”. Not only was there an array of ethnic and size diversity, but there were also disabled people, trans women, people with different birthmarks, and scars. For those fifty-something minutes, all I could think about was how I, a person who has spent the majority of her life following, obsessing, and ingesting fashion news, culture, trends, has never once so much diversity in the industry (shout out to Chromat though, their shows are a close second).

During one of the many dance numbers, there was a moment where trans women and fat women were particularly highlighted, and, honestly, it made my eyes water. The camera got up close and personal as they walked the runway, so we could see them, their faces, their bodies. Bodies that are unwilling made socio-political playgrounds. Bodies that are scrutinized, criticized, and endangered in society. Bodies that many brands think people “don’t want to see”. Bodies that brands, like Victoria Secret, think “can’t sell a fantasy”. Savage X Fenty put them on the main stage, in all their beautiful glory. And they weren’t just selling fantasy, they were serving it.

When I was in high school, girls would have sleepovers or viewing parties for each year’s Victoria Secret Fashion Show. We’d watch the glitz and glamour, as these gorgeous, thin, white women would strut down the runway. But with each passing minute, the hands reaching for the chips or M&Ms dwindled. The room would be full of “oohs” and “aahs”, but it would also be full of “I’m never eating again”, or “I wish I was blonde” comments we rationalized as normal, that really aren’t. Fashion doesn’t need elitism and exclusivity, and the notion that it does comes from a time when most of us wouldn’t have even been allowed in the room. Fashion is, among many other things, expression. And it should reflect the world around us, and the times we’re in. Human beings are so diverse, we come from different places, we come with different experiences. The diversity of the human form and the human experience should be celebrated. Savage X Fenty has done just that, in the most charming and entertaining way.

The Navy has been suffering. It’s the ninth month of the year 2019 and we still don’t have an album. We’re lucky to have even gotten a taste of Rih during that opening number. However, what we do have is Savage X Fenty, Fenty Beauty, Fenty, and now, Fenty Films apparently. As I said, this is Rihanna’s world, we’re just living in it. And who’s complaining? Not me! I can’t wait for the day I can take my ass to the Fenty grocery store for some Fenty Milk.