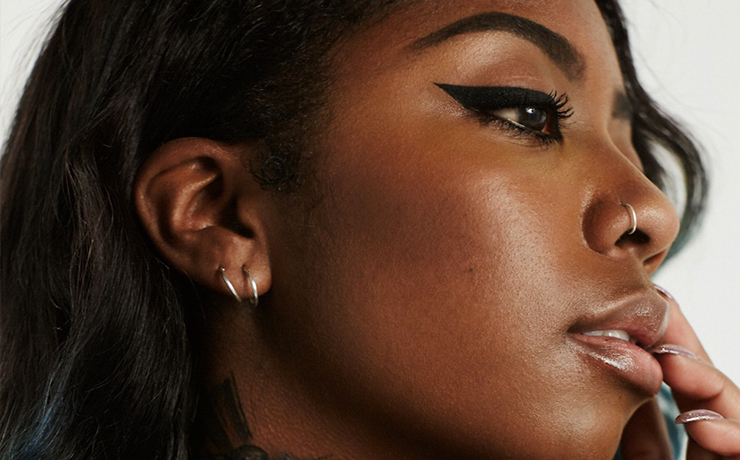 Guess who is the new face of Balenciaga!

Siobhan Bell is an artist, fashionista and multi-hyphenate business-woman whose Gucci sneakers have been firmly placed on the necks of the patriarchy for the most part of the last decade. Thus, her distinguished DJ’ing career provides an ample blueprint for the new generation of female creatives coming up in the music industry at present who may have been dissuaded from pursuing their dreams par the notion that “girls can’t (*insert chosen stereotype here)”.

Hailing originally from London, Bell began her journey as a resident DJ for the East London based collective, “Work It”. Whilst hosting regular nights with her friends around the city, Bell also managed to nab the occasional Sunday slot DJ’ing at Nike’s prestigious Oxford Street flagship, “NikeTown”. It’s through using both of these creative mediums, – not to mention a brief stint as an A&R for Atlantic Records -, that the talented turntablist began to discover her potential as an industry taste-maker with a knack for breaking new artists. Continuing to catapult herself toward self-made success, in 2010 Bell launched her widely-loved “Cherryade” night in Dalston – quickly rising to prominence within the city as a pioneer and advocate of its then budding underground scene.

Since then, Bell has grown from strength to strength in her career, building steadily to become one of the most sought-after international DJ’s in the world today; gender politics aside. A fiercely independent woman who is no stranger to consistently working towards her dreams, her superstar status can be attributed to her propensity for navigating the ever-evolving spaces where music and fashion collide. Below, NBGA caught up with the world-renowned DJ to talk personal style, female-empowerment and finding her balance as a modern business-woman. Not only this, we hand over the decks to Bell as she curates a high-energy, all-female rap power-list for our tracks of the week column. With this weeks’ exclusive playlist coming from a non-basic girl who is always two steps ahead of the game when it comes to music selection – trust us when we say you won’t want to miss out on this one!

When it comes to the female DJ’ing scene in London, you’re one of the G.O.A.T’s. It’s been a decade since you started throwing your Cherryade parties in Dalston. How do you think the music industry has evolved since you began DJ’ing back then?

Well, when I first started throwing the Cherryade parties, there were a few other notable DJ’ing collectives contributing to the scene; there was Work It, Livin’ Proof, Bump, Licence2Trill and Just Jam. I used to work and collaborate with these collectives, contributing to their nights as they would mine. Back then, we’d approach putting on events as friends putting on parties for friends. Unfortunately, most of the iconic club venues we used to frequent have now closed down – places like Alibi, Visions and Birthdays. After those venues closed, it became much harder to replicate the same underground, familial vibe we had cultivated over the years – after all, I guess you could say that our collective DJ’ing home had been taken away.

I think as the industry has evolved; the way the public consumes music has changed too. DJ’s used to have the monopoly on exclusive drops and releases, and that’s what drove people to come out to our parties. Now, the public have the chance to hear everything online first, without having to leave the house and get physically involved in their local music scene, which can in turn be a double-edged-sword for us DJ’s nowadays – I guess it’s all just a matter of perspective.

Speaking of changes in perspective – In the past, you’ve expressed that travelling was one of the ways you exposed yourself to new sounds when first starting out as a DJ. How important do you think it is for DJ’s to travel and play outside of their hometowns when given the opportunity?

I think it’s super important – travelling as a DJ allows you to tap into so many other cultures and musical styles. For that reason, I strongly believe that taking opportunities to travel will make you a better DJ – 100%. When I’m playing abroad part of my appeal is always that I’m not from the country I’m playing in. So, I’m always able to bring something new to my audience – possibly even something they may not have been exposed to before.

Of all the sets you’ve played to date what’s your fondest DJ’ing memory?

I’d say my fondest memory would be when I played Glastonbury Festival back in 2016. I still look back on that experience as one of my biggest achievements – especially since it was my first time going to the festival ever and I got to experience it as an artist. I’ll admit, I quite didn’t anticipate the amount of mud there’d be, so I had to have my car wait for me by the exit of the stage while I performed to avoid a post-show disaster. I love festivals, I’ve played some pretty memorable ones over the course of my career, but I’ll admit…I have yet to camp!

In recent years, we’ve seen the female rap scene gain tremendous momentum. You’re a big tastemaker when it comes to discovering new rap music – are there any girls on your radar right now who you think are set to blow in 2020?

Throughout your career, you’ve collaborated with some of the biggest global fashion houses of our time. How has working with brands like Heron Preston and Balmain influenced the development of your own personal style?

When it comes to personal style, my inspiration stems from the musicians that I was exposed to growing up in the 90’s and early 2000’s. Honestly, growing up, I didn’t know much about brands until I started seeing images of Lil’ Kim decked out in Fendi, or Aaliyah in head-to-toe Tommy Hilfiger. I’ve always felt like fashion and music go hand in hand, so naturally as my career progressed, I began working with some of those iconic brands. When it comes to collaboration, I only ever want to work with brands that align with my personal interests in fashion and style – if I don’t feel empowered to wear the brand in my everyday life, I probably won’t go out of my way to promote it.

In doing so, you’ve built your own personal brand too. There’s no denying that you’ve found your balance as a self-made business-woman. Do you have any tips that you’ve found useful when overcoming setbacks in your professional life?

I think one of the main challenges I’ve experienced would have to be a general lack of support for female-business women, as well as societies outdated ideals for us all. The general perspective is still very much – you can’t be too old, you can’t be a mother, you’re not allowed to impose on masculine insecurities -all the kinds of things that shouldn’t necessarily be an issue in today’s world.

Regardless of the negatives, I’ve learned that you can’t allow those things to hold you back. I’ve been lucky enough throughout my career to be surrounded by driven women who are able to give me the support I really need. It’s because of the sisterhood we’ve built that I’ve always had a positive framework for what I think is achievable. It’s because of ladies like – Sara El Dabi , Radha Medar, Grace Ladoja, Anna Trevelyan, Ella Dror and Monique Burell that I’ve learned as much as I have and feel as supported as I do every day. I’ve learnt that there are more similarities between us than there are differences and that if we stick together, we are truly unstoppable.

Oh, we so agree! Can you give us a little background on the tracks you’ve included in this week’s playlist?

Yes – they’re all by women; there’s no shortage of pussy power on this track-list that’s for sure!

We can’t wait to get stuck in! Lastly, can you tell us what it means to you to be a non-basic girl?

Personally, I feel non-basic when I’ve got on a fresh set of nails, with one of my own wigs to match and I’m wearing a fire fit. All those things together set my non-basic mood for the day.

Listen to Siobhan Bell’s exclusive playlist for NBGA below: