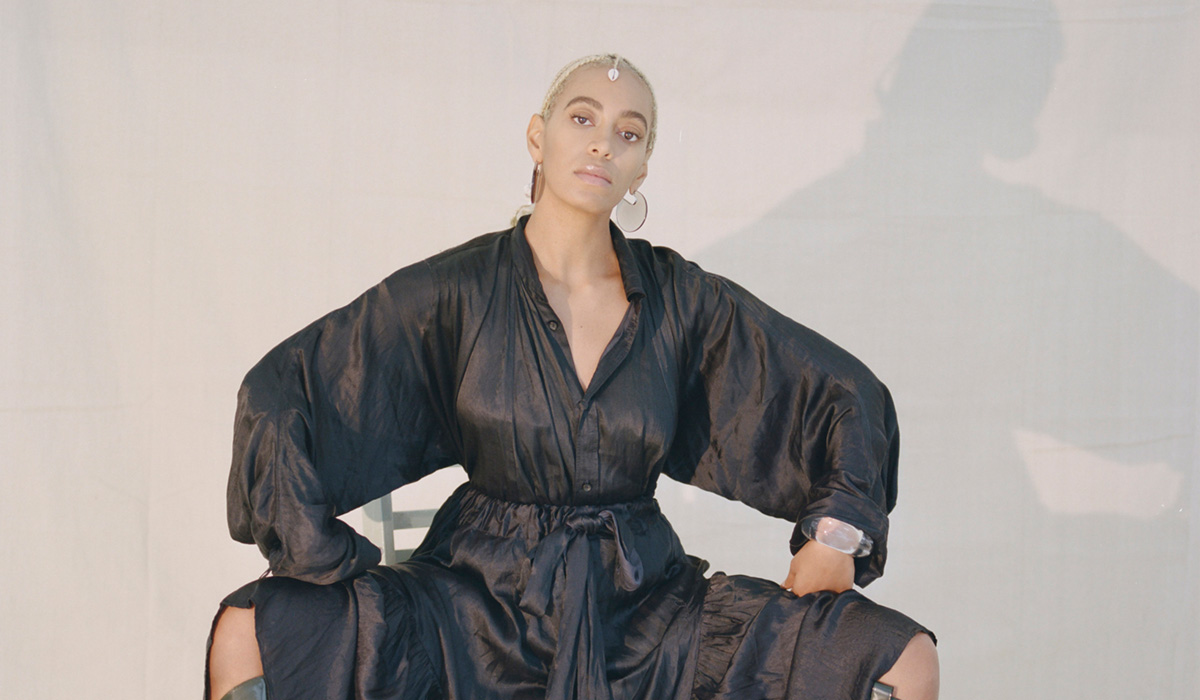 There are many reasons to be crushing on Solange, but the authenticity of her artistry can easily have us marveling for days. Rarely do we come across a #coolgirl like herself, from her music to her artwork, every project she embarks on sets off on an honest and powerful course. Often grouping together sound, dance and her creative eye Solange continues to venture out into all parts of the music and art world from starting her own label, Saint Records, to having her art showcased in museums around the world, and we’re privileged to witness it all.

One of my first recollections of Solange is the sound of her vocals during the The Proud Family (2001-2005) intro song, featuring Destiny’s Child (shout-out to Disney Channel for this one).  But that was clearly only the beginning. Throughout her teen years she continued to make music quickly setting herself apart from her days of collab-ing with big sister Beyoncé and Destiny’s Child. Solange has since released multiple albums, Solo Star (2002) and Sol-Angel and the Hadley St. Dreams (2008), as well as an EP, True in 2012.  Then, of course, there was A Seat at the Table (2016), which placed her at the front and center of the music industry. The album, celebrating black culture and womanhood, was widely acclaimed for both its craft and conversation later winning Solange her first Grammy for Best R&B performance, for “Cranes in the Sky.”

The album also helped Solange show she was no stranger to aesthetic. She paired up with art director and photographer Carlota Guerrero for the album’s now unforgettable dream-like mise en scene. The results were the stunning visuals for her album cover and music video for “Cranes in the Sky.” But style is nothing new to Solange, she has long been flexing on the fashion world, constantly evolving her personal style and serving us with daily fashion inspo via her Instagram. Not limiting her fashion to the costumes in her music videos, you can always expect something from Solange whether it’s a red carpet outing or a casual stroll through the streets of New Orleans.

Her constant evolution is not limited to her personal style either. An artist as well, earlier this month Solange screened Metatronia (Metatrons Cube) 2018, in partnership with Uniqlo USA, at the Hammer Museum in Los Angeles. The film is a interdisciplinary performance piece directed and created by Solange and features her first modular sculpture. The slightly over four minute piece features dancers exploring their immediate space, of the piece Solange states, “The piece is an exercise on following the intuitive force that guides us, helping us to create space, and silence the mind to create the work.” But this is only one of many of Solange’s performance pieces, last year she revealed Scales (2017) alongside the Chinati Foundation, which she also directed, choreographed and composed and seventy states (2017), a dance performance created for the Tate Modern Museum.

Honestly, at this point – what can’t Solange do?