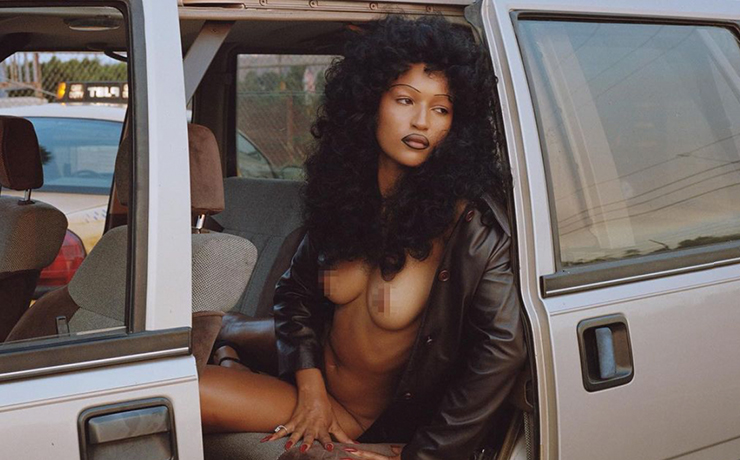 Damon Dominique, the YouTube star living out an endless love letter to Paris

From eye-catching font designs to textured front covers, the books we keep on display say a lot about our personal styles. In terms of crafting the perfect coffee table stack, it’s all about the hi-res photos and decadent editorial curation. Photography books that center style and design are often gateways to wanderlust and creative motivation; there are countless ways to be inspired within the scope of a few hundred pages! For this holiday gifting season, NBGA has compiled a list of stylish books to delight the fashion and photography enthusiasts in your circle.

Icons of Style: A Century of Fashion Photography by Paul Martineau

Icons of Style is a vivid anthology covering the art form of fashion photography, starting with its beginnings over 100 years ago. Paul Martineau offers insight into the notable fashion photographers whose pictures have defined the genre and captured the essence of certain eras. Late American photographer Richard Avedon and contemporary Dutch duo Inez & Vinoodh are among the image makers featured in the text.

I Can Make You Feel Good by Tyler Mitchell

There’s something regal about Tyler Mitchell’s portraits and the way he captures Black folks. Having photographed Beyoncé for American Vogue in 2018 (and becoming the first Black photographer to nab the magazine’s cover), the artist knows a thing or two about showcasing fashion on film. His debut book is an exploration of Black utopia and representation of joyful media that the photographer desired in his youth. According to Mitchell, each new printing of ICMYFG will have a different color highlighted on the spine’s text — it has shifted from green to orange between the latest versions.

Written by notable British milliner Stephen Jones, Dior Hats takes a look at the gorgeous headpieces that comprise the fashion house’s legacy. In more than 200 pages, the book traces a narrative of hat trends as evidenced by Dior’s creative directors of both past and present. Although it’s sold out on the company’s own site, this 2020 release is still available in select boutiques.

Accounting for 75 years of fashion history, journalist Marcellas Reynolds offers a labor of love with his 2019 release Supreme Models. The book uses essays, interviews, and photographs to highlight the trajectory of top Black models across generations. Featuring over 70 women — from Iman to Bethann Hardison to Adwoa Aboah —Supreme Models tells how each model broke barriers and made lasting impacts on both the industry and the world at large.

Considering that Women sold out within the week of release, you’ll be lucky to get a copy before the holidays — but it’s still alright to dream! In her poignant debut book, photographer Nadia Lee Cohen provides her cinematic take on surrealism and 1970s Americana through 100 portraits. Women features a diverse cast of characters in intimate, fictionalized scenarios and in various stages of undress. The artist turned her lens on people including Sami Miro, Richie Shazam, and Brooke Candy; she even included a self-portrait that evokes performance art.

The New Black Vanguard: Photography Between Art and Fashion by Antwaun Sargent

In his 2019 authorial debut, curator and cultural critic Antwaun Sargent acknowledges the recent cultural shifts that have placed more Black artists and photographers at the forefront of the fashion industry. The New Black Vanguard addresses the intersections of art, institutions, and culture — while spotlighting a host of in-demand photographers including Renell Medrano, Micaiah Carter, and Nadine Ijewere.

Only few fashion icons have achieved such status to be referred to mononymously; top model Naomi Campbell ranks high among them. Naomi is a retrospective of the model’s historied career and most iconic collaborations that truly shows off her versatility. Originally released as a collector’s edition, the updated two-volume portfolio includes an XL version — perfect for a table centerpiece.

This is Not Fashion by King ADZ and Wilma Stone

In over 300 pages, the authors of This is Not Fashion provide a roadmap of streetwear’s history with a focus on subcultures that have defined the trend. From punk to surf, King ADZ and Wilma Stone unpack how certain groups and their styles have been embraced by the mainstream. Through vibrant illustrations and photographs, the book also offers suggestions of where the field of streetwear may be headed in conjunction with technology.

Love Looks Not with the Eyes: Thirteen Years with Lee Alexander McQueen by Anne Deniau

A striking tribute, Love Looks Not with the Eyes provides an intimate look at late British designer Alexander McQueen through the lens of his longtime photographer Anne Deniau. The book covers 13 years of the designer’s career, in which Deniau was the only photographer allowed backstage. Throughout the text, Deniau captures the passion and energy of McQueen’s genius and further immortalizes his artistry.

The New Luxury: Defining the Aspirational in the Age of Hype (Highsnobiety)

What defines a statement piece? In The New Luxury, the team at Highsnobiety offers some context to how luxury fashion is evolving in a fast-paced digital age. Featuring interviews and case studies with prominent designers, the book is a useful resource on trends and cultural intersections. A special edition comes with a leather debossed case, which enhances its gift-giving qualities.

Get this for the sneakerhead on your list. Published by Taschen, The Ultimate Sneaker Book compiles the best of content from footwear magazine Sneaker Freaker. Truly one of its kind, the book covers the shoes and pop cultural moments that have defined the shoe market, from the popular Air Jordan 1s and Yeezys to more obscure cult brands like Vision Street Wear.

Unexpected Pucci highlights late Italian designer Emilio Pucci’s ability to transcend fashion. Edited by his daughter Laudomia, the book showcases Pucci’s swirly, kaleidoscopic prints on everything from interior rugs to skateboards. The collection proves that there is no shortness of creativity stemming from the historic fashion house — past, present, and future.