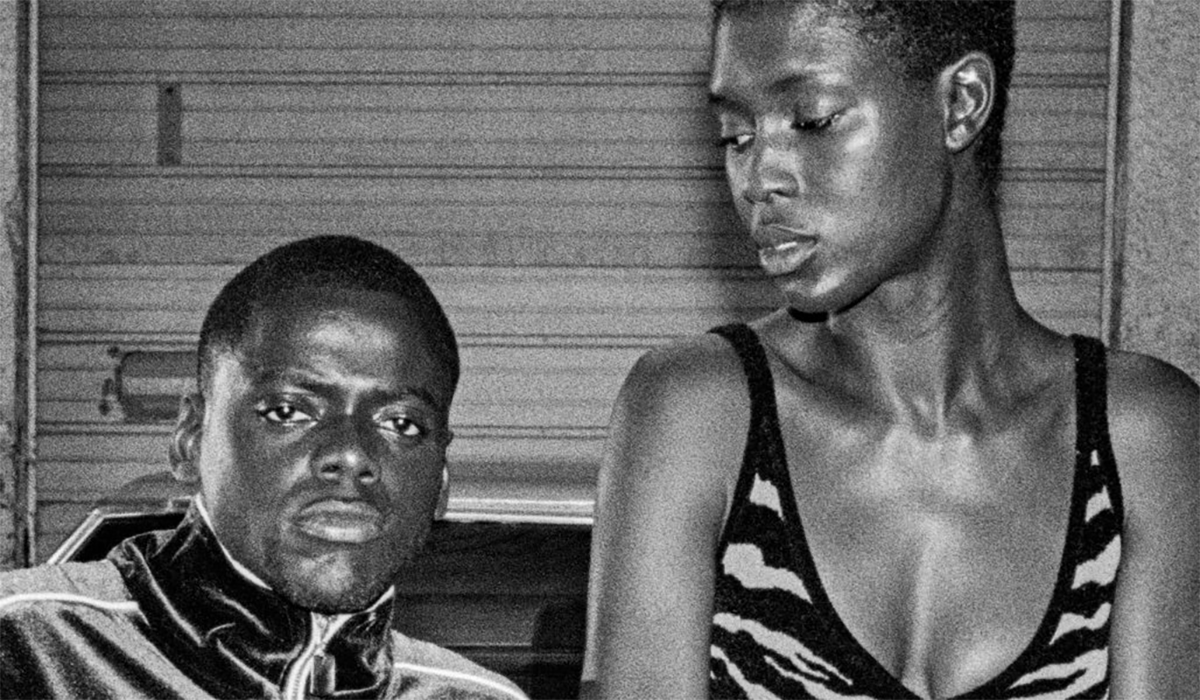 Have you ever arrived late to a cinema screening, and faced the dreaded feeling of wondering what did I miss?! Well, that happened to me when I saw Queen and Slim and oh how I was annoyed. But, having said that I arrived at the perfect time.

The opening sequence for me began during the conflict between a young, black couple and a white, male police officer. The on-screen narrative was a clear reflection of the unjust charges that are put against black people in America by the police – often depicted in mainstream news media. The police officer was adamant that the couple were guilty, and therefore deserved to have a gun pointed at them both as he aggressively threatened to arrest them. However, the police officer was unaware that the female protagonist Queen, was in fact a lawyer and therefore challenged his unwarranted act.

Now, to avoid a huge spoiler alert in case you haven’t yet seen the film, I will only allude to the fact that when two people who are both innocent come into contact with someone who is disputing this, one thing may lead to another…  This might in fact change their innocence all together. But through the eyes of director, Melina Matsoukas and screenwriter, Lena Waithe, they wanted an audience to consider the blurred space of innocence and just behaviour when needing to fight for one’s survival. This survival wasn’t just for the fictional characters Queen & Slim, but for the wider African American community in America. Let’s take a closer look at what we can take away from the film.

Queen as a figure of female empowerment

Queen’s role in the film is not only a figure of empowerment for women of colour, but actually she can teach women from all backgrounds a thing or two about self-love and loving others. The film undeniably centres around  themes relating to trauma in the black community. But Queen shows an audience how knowledge becomes a mean of power for women, and particularly studying and taking time to reflect on your own personal experiences. Screenwriter Waithe shows an audience the transformation of Queen from an adamant, closed off soul to someone who allows herself to be vulnerable and open up herself to loving Slim. This only happens through her finally accepting her true self. It’s therefore beautiful to see how Queen’s evolution in love comes from within and this is something that we can all take from her character.

Lighting as a form of intimacy between Queen & Slim

Another striking element of the film, that kept drawing my attention, was the low lighting scenes depicting the main characters. These scenes were highly considerate and showed the inner personas of Queen and Slim. Particularly as they come together and fall lovingly into each other’s presence. The tonality of the lighting is how it sets upon their skin, and carves their features into a painterly image to evoke timelessness. It’s these specific moments that leave an audience with memories of the film as an aesthetic overload and credit to black identity. The colour of the casts’ skin is made evident through the narrative, but the cinematography is sophisticated and compliments the cast like no other. In fact it is quite comparable to Barry Jenkins’ approach to lighting the characters in his Moonlight in 2016.

The collaboration between Matsoukas and Waithe

It’s truly an inspiring moment for any emerging female creative to see Matsoukas and Waithe come together and create Queen & Slim. The film is mature, aware and considerate. There is always room for improvement, but what Matsoukas and Waithe show is a true understanding towards the content that they depict. The collaboration feels authentic and this is relayed through the way an audience encounter the characters, the locations, and the narrative of the film. Significantly, this collaboration shows how diversity in film is essential to relaying messages of truth belonging to specific cultural backgrounds. As two women of colour, they identify with the collective experience that they relay to an audience. This speaks for itself when thinking about how important it is for there to be more diversity in film.

A mirrored image of reality and cinema

The last thing we should take away from Queen and Slim is the way it holds a mirror between reality and cinema. I’ve selected this image as it is where the film started for me. The look in their eyes is one that is familiar, recognisable and unfortunate. The look in their eyes is one that many African-American’s would feel a sense of awareness of… in fact black people anywhere might recognise this feeling. But what essentially follows the moments of this scene is a brutal judgement of a police officer interrogating two innocent black people. Now, the following act (which goes undiscussed to avoid a spoiler) isn’t innocent. But this was the moment where an audience who are familiar with the police brutality and institutional racism that takes place, would feel a moment of liberation. An imagined future is created in this act where the onscreen cinema becomes a critique towards everyday reality for people of colour in relation to police institutions. For instance, those who have been killed by the police due to the colour of their skin, despite their innocence, deserve more than a moment’s discussion. This film is aware of discussions needed in 2020 and is a form of protest art against for equal rights against the justice system.

Tiana Major9 on self-love, her latest EP, and nostalgia for 90s style

The most stylish moments in horror, from Scream to Suspiria