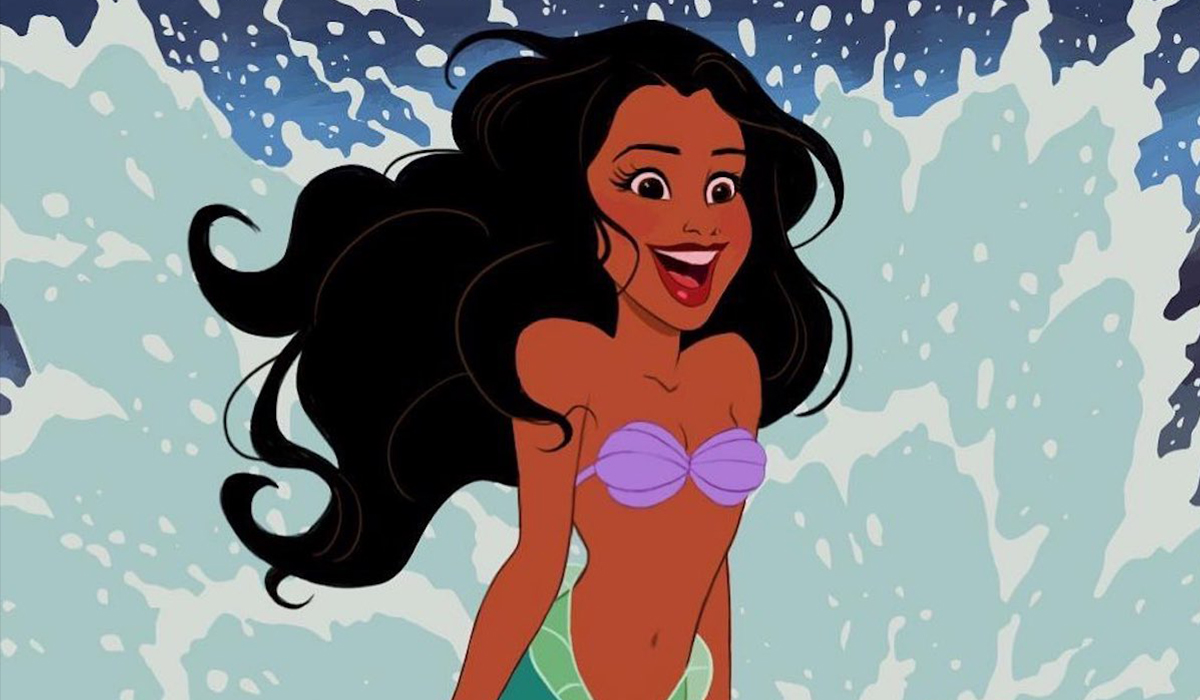 Give Your Mind, Body And Soul A Lil TLC This Summer

A friend of mine recently sent our group chat a post she wanted our thoughts on. The post was from a girl she followed, we’ll call her Ayo, and was about Disney’s TheLittle Mermaid’s live-action casting choice. Ayo’s stance was that while she was glad that Disney was trying to be more inclusive in their casting, she believed that Ariel should “stay white”. This take being particularly hot, coming from a Gen-Z, female, black “influencer”. She expressed the original author being Danish and the fact that she was tired of seeing remakes as reasons she came to this conclusion. She stated that she preferred new, black stories, like Jordan Peele’s Get Out, and Black Panther, calling them “authentic”.

Just Announced: Halle Bailey has been cast in the upcoming live-action reimagining of The Little Mermaid.

When news first broke about Halle (not Hailey!) Bailey being cast as Ariel in Disney’s live-action “reimagining” of The Little Mermaid, I was happy and pleasantly surprised. Halle is a beautiful girl, with a beautiful voice. But I knew, not so surprisingly, that it wouldn’t be long before the buffoonery would begin.

Less than 4 hours later, #NotMyAriel was trending. Naturally, posts of all kinds against the casting choice were popping up everywhere, many of which were racist, 4-chan-esque memes and rhetoric. Prompting Freeform, the Disney-owned cable company who brought us Grown-ish, the original voice of Ariel in Disney’s The Little Mermaid, Jodi Benson, as well as Viola Davis, Halle Berry and other big names to feel the need to throw their weight and support behind Halle Bailey and this casting choice.

I’ve seen people trying to rationalize their various feelings over this news in a few different ways. One of the most popular arguments being “The original author was Danish!” like Ayo mentioned in her post.

I mean, that’s true. Hans Christian Andersen (most Danish name ever) was a Danish author who published The Little Mermaid… in 1837. It’s very telling that, suddenly, people are claiming ties to the original publication of The Little Mermaid, written 182 years ago, especially when there are multiple significant events/details that make Disney’s The Little Mermaid and Andersen’s The Little Mermaid very different. Most importantly, and I know this may come as a shock to some of you but…

There are black Danish people.

So, could it be.. that what they really mean is.. white? *pretends to be shocked*

But, spoiler alert: Whiteness is not an ethnicity. White people, as a whole, do not have a shared history or culture. And while many white people cling to their whiteness, wear it as some sort of badge, and are terrified of said whiteness being erased, that’s not going to change.

But let’s entertain this just long enough to ask the important questions: Why does it matter that the original author was Danish? Disney’s The Little Mermaid does not once mention Denmark, Ariel (or anyone else for that matter) being Danish, or any Danish cultural references. An author being Danish doesn’t automatically make characters in their work Danish, unless explicitly stated. Ariel lives in international waters, so I think it’s safe to say she doesn’t have a passport.

The “Danish” argument is really an attempt at logical acrobatics to mask the film’s the lack of whiteness as a lack of it’s “original Danish roots”, that are somehow relevant now, despite never being relevant before, not even in the actual movie. And, it’s transparent AF.

Another argument floating around the Twitter-sphere is that it’s comparable to Disney’s Princess and The Frog or Mulan live-action films being cast with white actresses. No, it most certainly is not.

Mulan is set in during the Han Dynasty in China and is based on the Chinese legend of Hua Mulan by Guo Maoqian. Her being Chinese is not only a historical given, but it’s also pertinent to the entire plot. The same goes for Tiana, of The Princess and The Frog, which is set in 1920s New Orleans. For context, Jim Crow laws didn’t “end” until 1964, with the signing of the Civil Rights Act.

Both of those movies are based on real people, things, or events. Mermaids are imaginary. Yet, still, the outrage ensues. Proving again, the sad truth that: People find it hard to romanticize the idea of a black woman.

Of all 11 Disney princesses, just one is black. It wasn’t until 2009, that we saw Tiana of Disney’s Princess and the Frog make her debut. I, at the tender age of 11, was ecstatic, despite being at the end of my princess-phase. I won’t bore you with the details, because you’ve heard them all before. Black women know erasure all too well. Long story short, I thought, finally, “The Magic of Disney” had come to my black doorstep. But now, 10 years later, I’ve gained the skills to look at Disney’s The Princess and The Frog through a more critical lens.

While Tiana is indeed a princess, she is the least “princess-like” of the bunch. She works vigorously at two less-than-glamourous jobs, pinching pennies to one day afford her dream, perpetuating another trope black women are well-versed in The Strong Black Woman stereotype. Meanwhile, her rich, white BFF floats around eating beignets and picking out dresses to wear to balls. Despite not being inherently “negative”, the Strong Black Woman stereotype is harmful to black girls and women. Tiana is painted as no-nonsense, tirelessly hard-working, and patient. And while those are all noble virtues, these are lessons black women and girls are taught constantly, with little room for divergence. And they definitely don’t make for the mystical and fantastical content we expect from Disney. Black girls grow up believing that our worth is in our ability to hold up and hold down those around us, often to our own detriment.

To those, like Ayo, claiming we need to focus on creating our own stories, I wholeheartedly agree. However, having a black girl cast as Ariel doesn’t negate that movement, the two aren’t mutually exclusive. While fresh, black stories most definitely are important and are the overall goal, it doesn’t change the fact that black faces in traditionally white spaces, is a feat of its own. The struggle for black women to get the representation we deserve is an uphill battle. And the few times we do, it can be hard to see black women portrayed accurately, with the complexities and nuances donned to our white women counterparts. Constantly being portrayed as tough and self-sacrificing is a heavy load to bear. Black women deserve to be seen as soft, delicate, beautiful and magical, multi-faceted beings. And, honestly, I think having Ariel be a brown-skinned, care-free mermaid is a great start, (hopefully with locs!).