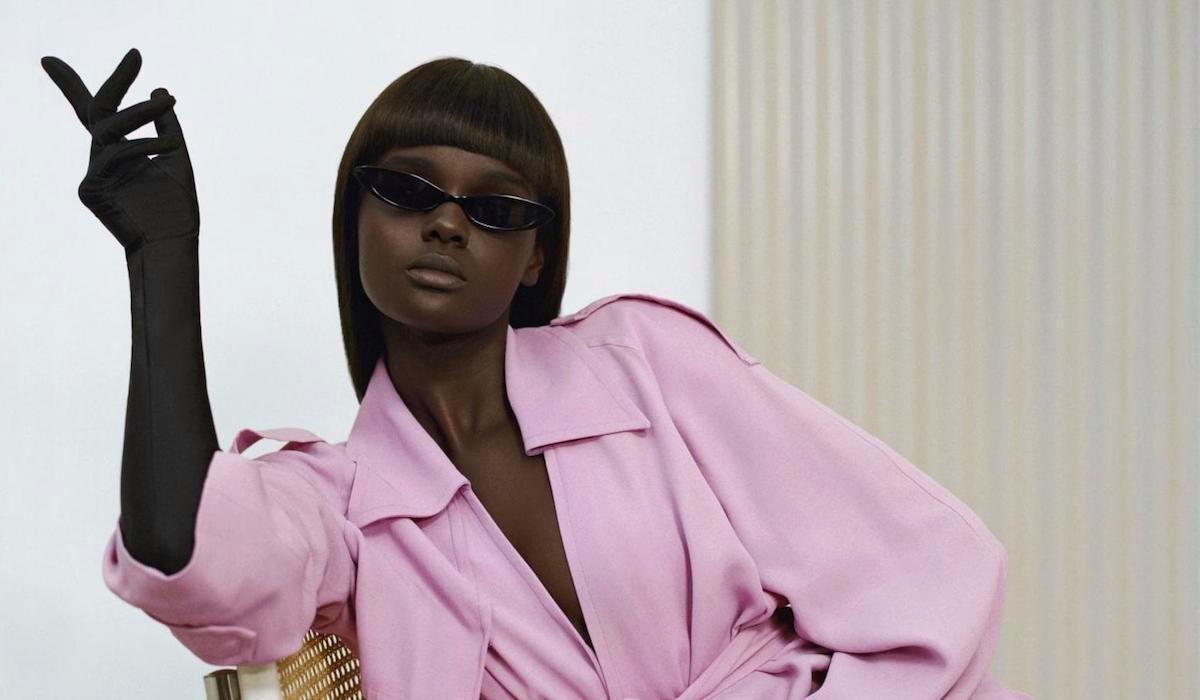 Fresh Off the ‘Gram | Our Weekly Instagram Outfit Rundown

Australia has never quite been the ultimate destination for black supermodels – leave it to the U.K. and the U.S. to produce the world’s most influential supermodels (think Naomi Campbell, Grace Jones, Iman, Tyra Banks, Liya Kebede and Alek Wek).

In 2013, marketing experts revealed that Australia was 15 years behind the rest of the world when it came to using people from ethnically diverse backgrounds to sell products.

But a new wave of Sudanese Australian model exports are putting the country on the map, and are utilising their newly acquired platforms to shine a light on the diversity issue pervasive in the nation’s fashion industry.

In 2013, Australia fell in love with Duckie Thot as a charismatic and goofy teen as she cut her teeth on Australia’s Next Top Model, where she placed second runner-up. For a while after, Duckie sporadically popped up in commercial campaigns and walked for local festivals – but the success stories promised by reality competition programs never materialised and very little work was trickling in for Duckie. The situation she found herself in in Australia became the catalyst for her move to New York in 2016.

With a refreshing clarity and assertion, the then 21-year-old told Paper Magazine: “I just thought — why am I here? So I was just like, ‘Let me make the executive decision to move to New York. I’m not getting my coins in Australia.’”

It was a decision that would launch her stratospheric supermodel status that consequently enabled her to work for names like Pat McGrath and Rihanna.

This isn’t an uncommon story for the new wave of South Sudanese-Australian models whose alluring beauty is preoccupying the fashion sphere across social media.

The likes of Duckie Thot, Aweng Chuol, Adut Akech, Subah Koj, and Akiima enjoyed a massive year in 2018. Their respective profiles increased massively after carving out a trajectory toward the United States from Australia – but it wasn’t without a ton of shit thrown their way before they arrived at this point.

Many of the stories of Sudanese-Australian models who sought success internationally begin from the same context: with immigrant and refugee backgrounds escaping instability in South Sudan, placement in refugee camps in neighbouring countries for some years, before being relocated to Australia.

Thrown into working to middle class backgrounds, modelling usually wasn’t in the purview as far as career aspirations and expectations went. It was rather to study, survive and make do with new situations.

Still, modelling found its way to be a calling for these girls; either by being scouted or through self-cultivated dreams of pursuing modelling careers. Regardless of how they came into first contact with the industry, gigs weren’t coming in consistently enough between local fashion festivals in order for it to be a financially sustainable career – where their white counterparts were enjoying success and a steady income.

Disillusioned by the lack of support they were receiving in comparison to their non-black peers, what they experienced as (hyper)visibility of black American models across their feeds was seductive. With these sometimes lofty and romanticised ideals of a haven for dark-skinned models in the United States, girls like Duckie, Adut, and Aweng came to the same logical conclusion: they needed to move.

But before the aforementioned names – and even before Duckie – Ajak Deng was the Sudanese-Australian model who paved the way years prior. She had, however, briefly quit modelling due to industry racism and exclusionary practices abroad. At the time, Deng’s agent Stephen Bucknall told local newspaper Herald Sun: “They’ll book the big Caucasian girls, spend the big dollars, and fly them in from L.A., but I’m yet to see them book a dark-skinned girl in that way,” speaking directly to the lack of investment in dark-skinned black girls in the Australian fashion industry.

Despite those dated ideas, Duckie and Adut, among other black models, have enjoyed monumental international success, all hinged on the hunch that there is a desire for diverse and unusual representations of beauty.

And with every like, retweet, reblog et al, we – the consumers – prove to the (often) out-of-touch fashion-industry-gatekeepers the kinds of faces we find beautiful. It’s a democratisation of beauty standards.

Australian publications have since capitalised on the ‘moment’ these girls are experiencing through articles, interviews, editorial shoots and overdue cover stories hastily snatched up the moment a model might briefly return to the country during holidays and personal time off. And it’s hard not to ignore the transparency behind the desperation; Adut has several international Vogue covers under her belt – the most recent being Vogue Australia in December 2018.

The Australian industry may not be equipped to foster its homegrown talents in its full breadth, but it will try to reap the benefits when it is nurtured by someone else. The consistent allocation of resources to white Australian models and the perceived safety of investing in whiteness is what actively prevented dark-skinned African-Australian women to get a foothold in Australia, and it’s what drove away those same women to greener pastures elsewhere.

Coupled with the much-publicised hostility towards the South Sudanese community in Australia in recent memory, it makes these models international success all the more meaningful.

The new generation of South Sudanese Australian models have broken new ground and show aspirant black Australian models back home what is possible beyond what Australia can offer them. When I scroll through Duckie’s (and all of these girls’) Instagram posts and stories documenting her new life in New York, I can’t help but notice the tenderness from her team, and the almost maternal affection and protectiveness from the people that surround her in any given snap. It is this exact tenderness that was previously denied in their home country; a tenderness that I wish Duckie, Adut and their South-Sudanese peers would have been met with in lieu of the misogynoir they had to go through before their fame.