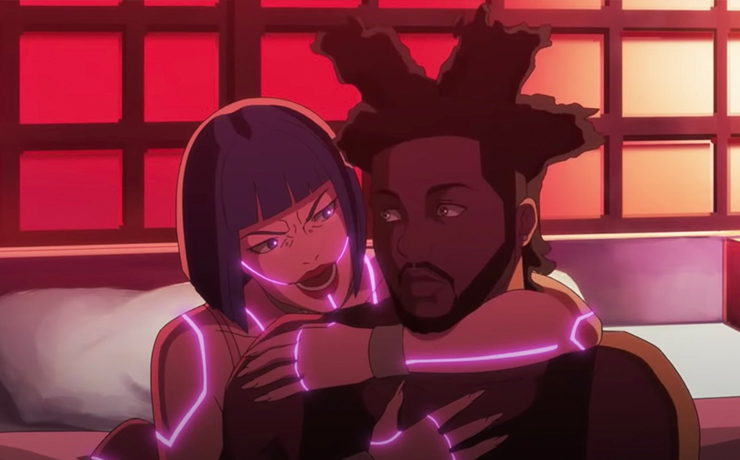 On July 22, The Weeknd dropped the music video for his track Snowchild off of his newest album, After Hours. The video is an animated ode to all of his different eras, including his humble beginnings with his House of Balloons mixtape, to Beauty Behind the Madness visuals, and Starboy imagery.

The video was animated by Japan’s first Black-owned anime studio. Based in Tokyo, D’ART Shtajio studio was founded in 2016 by brothers Arthell and Darnell Isom, with a mission to introduce Westernized elements of art and storytelling to Japanese-style animation. The animation certainly does just that, reminiscent of animation styles seen in the nostalgic anime Naruto, or Ouran High School Host Club.

The music video features an animated Abel Tesfaye, or The Weeknd, traveling through the atmospheres of his different musical eras–from the black-and-white House of Balloons Toronto landscape, to a Japanese cityscape, to the red-suited chaotic Las Vegas energy we saw embodied in After Hours.

The Weeknd’s interest in unique storytelling is not surprising as he’s something of a cinephile. He was seen in a cameo in Adam Sandler’s Uncut Gems in late 2019, and After Hours shares its title with iconic director Martin Scorsese’s 1985 film about a man who experiences a series of misadventures on his way home. He also makes references to the late actor Patrick Swayze with his lyric, “All my diamonds dancing like they Swayze,” in correlation to Swayze’s 1987 film Dirty Dancing. Tesfaye even appeared as himself in the animated series American Dad this year.

The music video is full of Easter eggs for fans, and was expertly brought to life by D’ART Shtajio to bring Snowchild’s reminiscent/shadowy sound into one cohesive story, ultimately illustrating Abel’s transmutational rebirths.