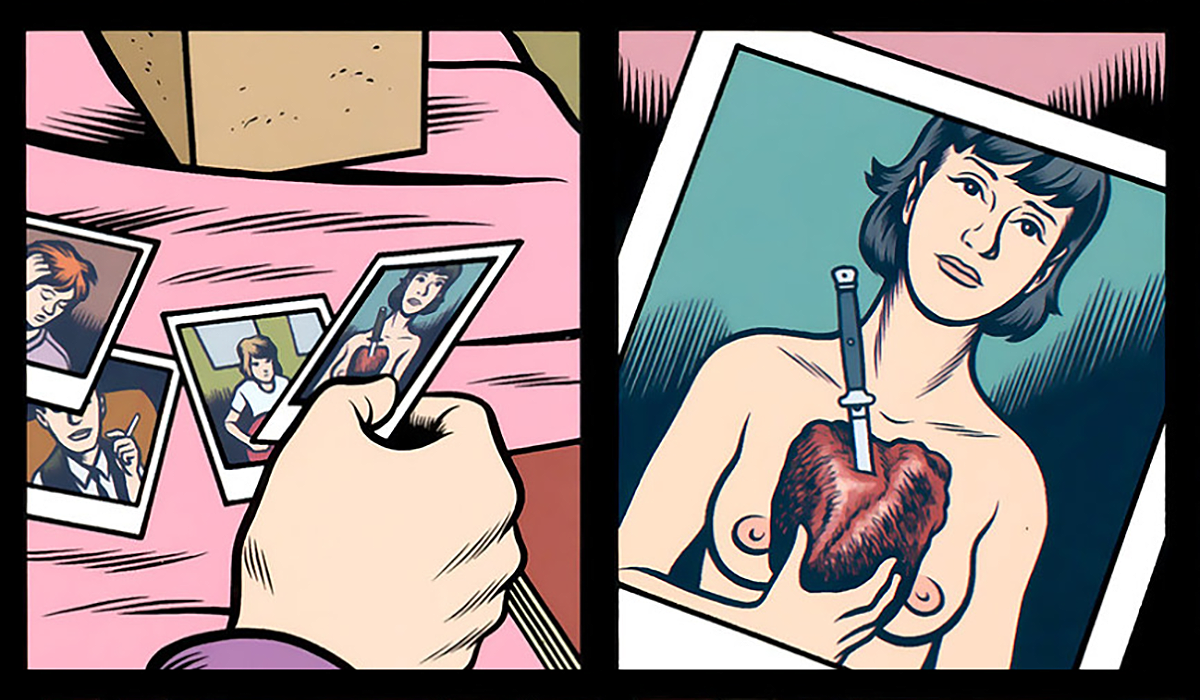 Kim Shui needs us to get with the winning team

It’s also the comic book that Brad Pitt’s production company picked up the rights to make into a movie but never did. Heartbreak!

I have no idea why I ended up with this peculiar preference, but moody and mysterious books and films that simultaneously act as safe-sex adverts are always a favorite for me. See: It Follows (2014), a horror slash thriller starring the gorgeous Maika Monroe as a teenager who contracts a fatal curse from her new loser boyfriend via sexual intercourse. The film is so good. Watch it.

Also, definitely check out NBGA’s book recommendation of the day.

Actually, this recommendation is a comic—gasp. I read Black Hole by Charles Burns during such a playful but overly-emotional period of my life, back when leather O-ring chokers, red roses, and Diptyque jasmin candles were my absolute favorite things to put my paychecks towards. If you haven’t read this comic yet, I can’t imagine a better time to do it than a cold wintery day post-Valentine’s while the snow is falling down in thick flurries outside and you’re sitting in the bath feeling bummed out because Valentine’s day was boring, lonely, and uneventful and you’re about two seconds away from being as celibate as a monk.

This will make you so happy that you are!

Black Hole takes place in the suburbs of Seattle during the 1970s, following a group of teenagers who mysteriously contract a sexually transmitted disease that completely mutates their physical appearances thus forcing them out into the fringes of the woods around town as total social outcasts. The book is sordid, shadowy, and at times can be best described as sexily horrific.

It’s a winter read. It just carries that atmosphere.

This comic deals with heavy subject matter such as death, physical mutation, and STD’s—so, please do read at your own jurisdiction.