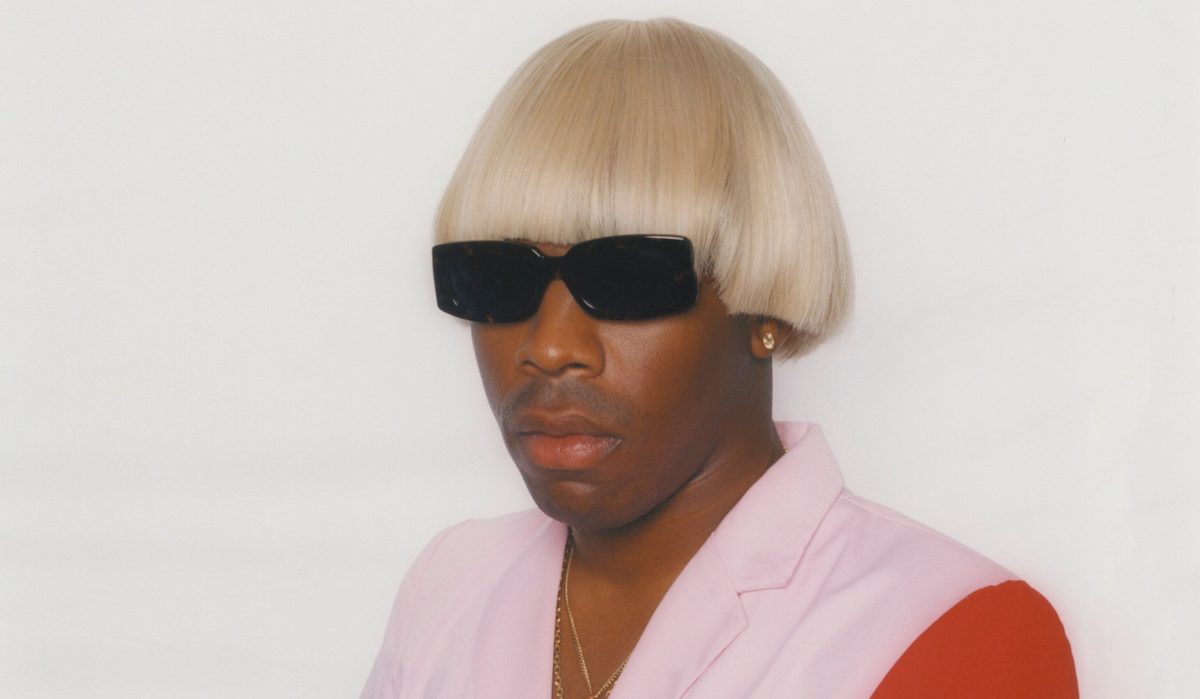 Sunscreen 101: How to Choose the Right One for You

Prior to the release of his highly anticipated new album IGOR, Tyler, the Creator posted listening instructions for the audience to follow.

After plastering the disclaimer all over his social media accounts, fans anticipation grew even more. Nowadays, Tyler’s music is hard to pin down, which makes the listening experience as a fan that much greater. From listening to IGOR all the way through, as well as sporadically, the storyline Tyler aims to get across is simple. IGOR is a love story that results in rejection and the emotions that follow.

One of the most noticeable elements of IGOR is the emotional growth Tyler has evidently gone through since his early days rapping on records like “Yonkers” and “Bastard”. Tyler’s persona in these tracks was brutally violent, outrageous, and sometimes homophobic. Since then, Tyler has dealt with the theme of rejection differently than in the past and has become somewhat of an ally to the LBGT community. IGOR is speculated to be a love story about Tyler and a man, and while this is not confirmed, Tyler’s lyrics from Flower Boy could support this theory.

This album is also unique in the vast number of features sprinkled throughout. Tyler didn’t give a comprehensive list of featured artists until a few days after the album dropped, via social media with a photo of a jacket adorned with buttons that read different artist’s names. Even with this, though, the exact record each artist was on was left to the listeners to figure out for themselves.

The album starts with “Igor’s Theme”, which is an instrumental opener that features Lil Uzi Vert’s vocals on the chorus, as well as some backing vocals from Solange. The main lyrics in this song is the chorus, which is repeated throughout the entire song, “Ridin’ ‘round town, they gon’ feel this one.” “Igor’s Theme” marks the first official collaboration of Tyler, the Creator and Lil Uzi Vert, as well.

Following “Igor’s Theme” is “Earfquake” which is easily the most listenable song when separated from the rest of the album. The record gains an assist from Playboi Carti in a verse, as well as Charlie Wilson on the chorus and Jessy Wilson on backing vocals. The lyrics are seemingly the most heartbreaking in the album, “Don’t leave, it’s my fault” is the bridge that adorns the heart-wrenching track about rejection. Tyler dropped a music video for ‘Earfquake” which featured himself and Tracee Ellis Ross in a musical audition on a daytime TV show, gone wrong.

Seamlessly following is the next track, “I Think”. The baseline sounds identical to Kayne West’s “Harder, Faster, Stronger”, which is very evident in the first verse. This wouldn’t be a stretch to think Kanye’s track was sampled, as he is a featured collaborator later in the album. “I Think” is a question of Tyler’s mental state, as well as his feelings towards the relationship presented to him. The conflict that makes a head in this song is the internal struggle Tyler feels towards his emotions and the way they are treated carelessly by his lover, yet he still is devoted to his lover and is willing to let it slide, which only causes more pain. With Solange supporting Tyler on the chorus, “I Think” is one of the more emotionally-raw tracks on the album.

Exactly What You Run from You End Up Chasing

This fourteen-second interlude includes a feature from comedian Jerrod Carmichael, in which he says, “Exactly what you run from you end up chasing. Like, you can’t avoid, but just chasing it and just like trying. Giving it everything that you can. There’s always an obstacle.” This track serves as an interlude to “Running Out of Time” Carmichael and Tyler have worked together in the past, as Carmichael interviewed Tyler after the release of Flower Boy in 2017. Tyler even created the music for Carmichael’s HBO special Home Videos.

Running Out of Time

This track is opened with an introduction from Jessy Wilson. The chorus’ main point is the lyric, “Runnin’ out of time to make you love me.” This song is simple and straightforward, the one you love doesn’t love you back, and you want to make them love you, but you’re running out of time for it to work. “Running Out of Time” is the track that sounds the most “Tyler the Creator-esque” in the album, thus far.

“Sometimes you gotta close a door to open a window.” Jerrod Carmichael opens the track with a quick line. The song is primarily about his love interest still being in love with his ex-girlfriend, in which Tyler wants to make her disappear with a new magic wand. Santigold has a few adlibs over the chorus, which adds a lot to the track as her vocals are easily recognizable.

A Boy is a Gun

One of the softer cuts of the album, the glittering synth feature makes this song one of the easiest listens to come from this album. The record also gets a few adlibs from Solange I the chorus. The content of the lyrics seems to be alluding to Tyler’s bisexuality, as he describes being in a relationship to be like owning a gun; though it makes you feel “safe” momentarily, things can go wrong quickly. This record has the strongest lyricism of any song in the album, in my opinion, but I could be wrong, as Tyler is the master of metaphors.

Many hardcore rap fans might have been anticipating this track the most from the album, as Kanye West has a feature in “Puppet”. As someone who is a fan of both Tyler and Kanye’s music, this collaboration was not what I expected, but was definitely something that I enjoyed. The verses weren’t necessarily the intense and biting raps that either artist are known for but rather was melodic and easy to listen to. The song’s content itself is about the possessive and obsessive nature of being in love, and how controlling the emotion can be. The lyrics, “I’m your puppet, you control me. I’m your puppet, I don’t know me” are sung in a way that makes the audience glaze over the content of them, which I believe was Tyler and Kanye’s intent with this record.

Following “Puppet” is “What’s Good”, a record that is drum and distorted-synth heavy. Up-and-coming UK rapper slowthai, who also released an album on May 17th, provides additional vocals on this song. The lyric “I see the light” riddles the song, which is most likely about a relationship that feels deadly in some ways. A grittier version of Tyler’s rapping is prominent on this track.

Gone, Gone is the track on the album that is the most different than anything Tyler has done before. Assisted by Cee-Lo Green on the melodic chorus, the song is the most “pop” influenced song Tyler has created in a while. The song follows the multi-part structure that the tenth song on all of Tyler’s albums has followed, since Bastard. The first part of the chorus samples Cullen Omori’s “Hey Girl” while the second half samples the lyrics and melody of Tatsuro Yamashita’s “Fragile”. Jerrod Carmichael provides an outro from “Gone, Gone” to “Thank You”. In “Thank You”, the lyrics “Thank you for the love, thank you for the joy. But I will never want to fall in love again” are lyrics that I think represent the album as a whole.

I Don’t Love You Anymore

In “I Don’t Love You Anymore”, it is apparent that Tyler is in the stages of getting over the intense infatuation and unrequited love he endured earlier in the album. The lyrics are seemingly optimistic in the penultimate record as Tyler prepares to wrap up the experience. With features from both Solange and Jessy Wilson, the song is a perfect falling action for the album.

Are We Still Friends?

Tyler finishes the album with “Are We Still Friends?”, a song about whether or not the subject of his previous affection can become his friend now. The album’s denouement includes a Pharrell feature, one of Tyler’s frequent collaborators, as well as a guitar solo from Jack White. The record samples Al Green’s “Dream”, and creates the perfect ending for the listener as it wraps up the saga of Tyler and his unrequited love.