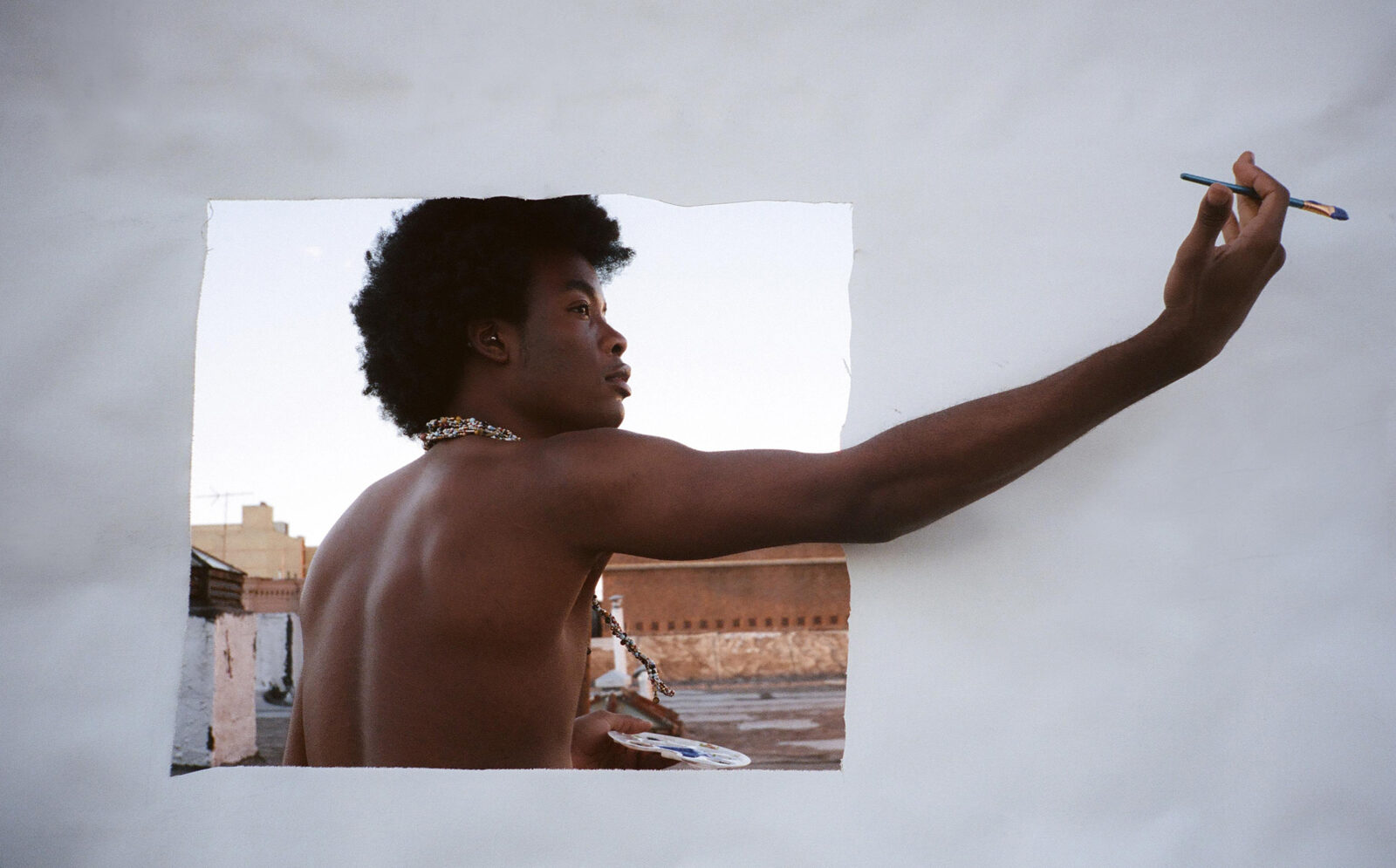 Born and raised in Jakarta, Indonesia, Elizabeth “Eli” Wirija is a New York City based photographer who, like so many creatives, finds a safespace within their artistic expression. Drawing influence from their upbringing in Jakarta, and inspired by everything from their favorite anime to films. Wirija’s work is ethereal, dreamy, and fantastical, made up of colorful, bold subjects paired with visually arresting backdrops. It’s as though their work is an escape into a different world, and you can’t help but get lost in it, wanting more. Wirija took the time to chat with NBGA about their background and start in photography, what’s it like navigating within a male-dominated industry, and their future aspirations and dreams.

My dad always brought a camera around when I was a toddler, there’s a plethora of photographs of my childhood which I am very grateful for. When I was a child, I was immersed in different forms of art like manga and anime. I also was indulging in drawing and coloring. I’ve always been observant, I was always staring at different details in this life. I also had the worst memory of all time. I don’t remember much of anything. I would always forget where I placed things or what I’ve done with someone even the day before. So when I discovered I can use this tool (the camera) to be my second memory bank, I admit I was very intrigued. Now, I constantly say, I never forget a scene I’ve taken a photograph of.

First photo you took that you were proud of?

I remember when I was 15, fresh off getting my first camera – the world was so exciting to me. It felt like I received a new pair of eyes. There was one night during monsoon season in Indonesia, it was raining like the sky was crying non-stop. Tropical rain feels so different because it cleanses the land and makes it anew. I was determined to catch lightning. So I camped out in an area in my childhood home with a big window, set up my tripod and my remote, ready to do a long exposure. It felt like trying to catch something so elusive, multiple times thunder struck but I couldn’t capture it fast enough. Finally, the last and final lightning hit and I immortalized it as an image. The palm trees were dancing in the wind and it hit one of the trees in my front yard, the night sky was illuminated with purple hues. That was when heaven opened up for me and angels came down! I was so proud to be able to make that image alongside nature.

How would you describe your visual language in 3 words?

A muse that you haven’t yet but would love to shoot with?

I would like to go to space, but not do the long travel time so maybe we can explore teleportation as a possibility without hopefully losing any of my limbs. I’d like to photograph someone gliding on the rings of saturn. But on earth, let’s see…the tri-colored lake that resides on top of a volcano in Flores Islands, Indonesia. I can’t believe it but the color of the sulphuric lake changes based on the microorganisms that habitate it.

Do you feel that the photography landscape is male-dominated?

That’s a given, the industry all over the world thrives on patriarchy. Tell me why when I ask for a worthy rate for my work, I am given a second glance. When I know if my male counterparts ask for the same, they would automatically get approved. The entertainment and fashion landscape also capitalizes on creatives not knowing their worth and fosters a sense of fear for speaking to one another about money.

Has your childhood/upbringing influenced the way you want to capture the
world?

My scope of the world was so tiny when I was growing up in Indonesia. Until the internet came, that connected me to the rest of the world. I was daydreaming perpetually, thinking of all the possibilities once I left my hometown. I am so eager for experiences, to discover something new, feel something new which I approach art in the same way. There are no limitations I place when it comes to my imagination. Art has been my safe space and always will be. I feel like it’s such a disgrace to put myself in a glass house. I’m armed with stones in my hands, I’m ready to break out of any self-doubt or questions I set for myself. When I find myself saying, “What if it doesn’t work?” another thought immediately appears: “But what if it does?”

With the advancement of smartphones, people often shoot editorials on
their iPhone- where do you see the future of photography heading?

I’m always for the advancement and growth of an art form, nothing can ever stay stagnant. Photography is so accessible to everyone now which I think it’s great to democratize the playing field. There is so much talent to be fostered! In college, I stopped using my heavy bulky camera and would just go around town to take images on my iPhone 5 at the time of things that catch my eye. I was unknowingly practicing my composition. I always advocate it doesn’t matter what you use, what matters is your vision.

A movie that inspires you?

I love movies! I have a long list that never ends in my notes of movies I need to watch. As a teenager, I was glued to the TV. I digested everything from local drama shows, absurd Indonesian horror with shitty CGI, western action films, etc. Currently, one that stood out that I watched recently is an artistic autobiography movie of the Japanese writer, Yukio Mishima. It’s called Mishima – A life in four chapters. I admire the set design in it. I also find the brash dramatic ending of his own life so insane!

An era you wish you were around to capture?

A multi-faceted photographer, Wirija’s work consists of editorial, documentary and commercial photography, which has been published in the likes of Vogue, I-D, and Fader, and have collaborated with numerous brands, including Nike, Adidas, and Marni, just to name a few.