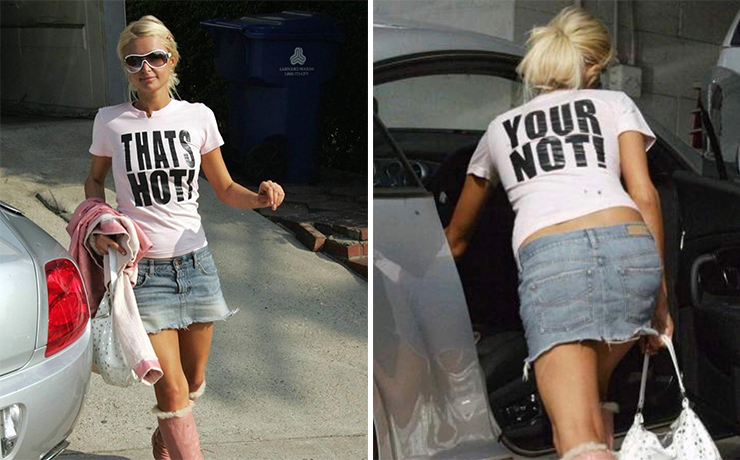 Since its release on February 5th, The New York Times documentary Framing Britney Spears has caught heavy traction for its necessary examination of our media’s fascination with lifting young, talented and hopeful stars up in the media only to violently plot and foster their demise later. Britney Spears has been and always will be a Pop icon, dubbed the Princess of Pop for her talented vocals and sugar meets spice music that everyone loves mouthing the words to. From her beginnings as a young talent in Louisiana to her catapulting into intense fame in her late teens and early twenties, Britney Spears is the prime example of a star who’s shine the media felt intent on dimming in any way shape or form, and Framing Britney Spears shows its audience every step of what this looks like. It is a heartbreaking but necessary watch, making abundantly clear that the media’s dissection of the people highest up in pop culture’s ranks is not only something that should have been confronted long ago, it is also utterly devastating to the person enduring it.

Necessary discussions soon began after Framing Britney Spears’ premiere about how many other stars have been tormented and unfairly treated by the media in similar ways, particularly women. Witnessing the horror of the lengths the media would go to for a photograph of a woman who clearly needed help shed light on Lindsay Lohan’s battle with addiction, and how the media took advantage of her vulnerability for tabloid fodder. Even as she recovered, a now infamous interview with David Letterman shows that yet another member of the media was still only intent on embarrassing her, as Letterman asked her many questions about rehab and her addictions when she was only there to promote a film. “How many times have you been in rehab?” he asked. “And how will this time be different?…What are they going to work on when you walk through the door?” Lindsay did her best in holding her own, but ended the interview in tears. His question shouldn’t have been about rehab, it needed to be a reckoning with why her addiction started in the first place.

The same could be said for Justin Bieber, someone who started in the entertainment industry as a child and was hounded at every turn, just so each mistake he made could be highlighted and amplified. When he speaks on his experience as a teenager in the media now, he expresses how lonely he felt and how the sense of everyone being against you takes a major toll that no one seems to care about. When we click on scandalous images and headlines, do we think about how empty the subject must feel because of them?

Even an icon and royal like Princess Diana had constant battles over privacy and personal space with paparazzi, which in the end, cost her her life. In Princess Diana’s now famous interview with Martin Bashir, she spoke on her bout with post-partum depression. When asked how it affected her life, Diana said, “Well it gave everybody a wonderful new label: Diana’s unstable.” Adding to this, she said “People think because you’re in the media all the time, you’ve got enough ‘attention’” as to why she felt she didn’t receive the proper care when she struggled with post-partum. Princess Diana also mentioned developing bulimia through her struggles with her marriage and royal pressures, which the media only took further in their “unstable” narrative. The Princess of Wales said that the media liked to frame her as “stupid” early on in her royal life, and how every word she would say would become misconstrued to aid this idea.

The most recent subject of this incessantly negative treatment by the UK media is Meghan Markle, and she discussed the experience in her recent interview with Oprah Winfrey. The former Duchess of Sussex even divulged to Oprah that she contemplated suicide because the media attention had just gotten so mentally painful. She felt very alone and trapped, from the media’s harsh spotlight to her lack of a voice in her family to express it. It seems even after the precedent Diana’s experience left behind, the spotlight cast by certain print and digital media outlets still takes a turn into intense, damaging scrutinization that is often the catalyst leading these public figures to cope with drugs, alcohol and the company of those seeking to use their money and fame. The loneliness is palpable, and somehow, put on full display for the entire world with zero remorse.

In the cases of US celebrities like Britney Spears and even actress Amanda Bynes, the instability they face mentally becomes a narrative as well, and it significantly affects their lives and finances when they are placed under conservatorship holds, meaning their finances and decisions are controlled by a third party. The photographs of these women sold by paparazzi are humiliating, as they feature intense and awkward situations when the subject is mentally at their worst. Tabloids also often use editing software to up photo saturation and image sharpness to make them even more unflattering. “It’s an all around terrifying experience to look myself up on the Internet, like quite honestly, I’m about to cry,” Amanda Bynes said in a vlog about this fact.

And she isn’t the only celebrity—particularly female celebrity—who has dealt with this feeling. The shift away from paparazzi controlling the narrative thanks to social media, the public’s deeper ability to research stars, prioritization of mental health, and recognition of misogyny in media should make a difference to this struggle. So why is it that even in today’s digital-sphere, the honest mistakes and mental struggles of public figures are still scrutinized to extreme degrees? This does not refer to holding people accountable for damaging actions and words. It refers to some imaginary right every photographer and consumer often believes they have to tear a famous person apart when they are clearly already sinking.

If Framing Britney Spears leaves audiences with one thing, it is the need for our heightened compassion. It is the need to remind ourselves that the person being photographed is just that, a person. And it is the need to pull away from profiting off of others’ discomfort and misery, if for the very basic, forgotten requirement of human decency. The media should ask why it is so keen on watching people fall, and what this says about the meaning—and necessity—of frenzied consumerism. Why are photos of people struggling bought and sold? Why do we feel the need to see every moment of it? Celebrities and public figures are living life on a public stage, and that has grossly overindulged every person’s secret need for gossip, drama, and messiness that doesn’t involve us, but that we refuse to look away from.

Space needs to be made for the voices of the people who have been unnecessarily scrutinized and stalked by the media in the past and present. We need to ask ourselves what we’re really looking at. And the scrutiny instead needs to be further cast on those who think they’ve earned the right to control the narrative.

The most stylish moments in horror, from Scream to Suspiria

Paris Hilton, pop-culture icon, lays it all out for us in new original documentary “This Is Paris”