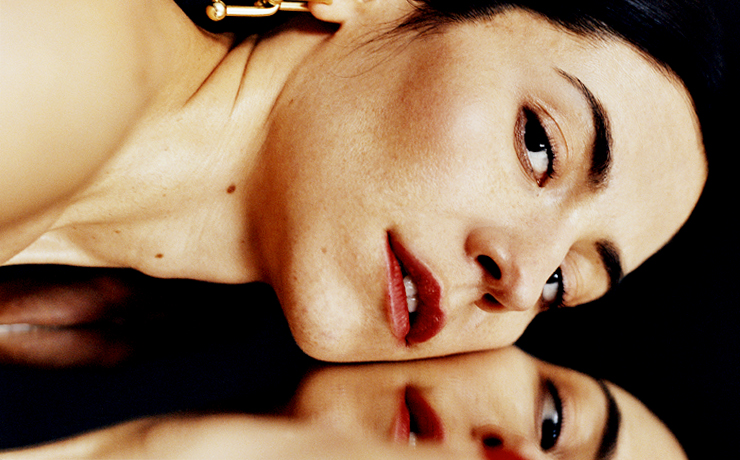 Fellow members of Marina’s Lonely Hearts Club will remember that after the introductory The Family Jewels album, iconic Electra Heart album and era, and popular Froot album, Marina took four years to drop her latest album Love + Fear to mixed reviews in 2019. She also dropped the latter part of her name: Marina and the Diamonds became known only as Marina. But what did we really know about Marina as a solo-monikered artist? Did her sound ring true to that essential pop voice we knew from when the diamonds were part of her legacy?

As Marina and the Diamonds, she released her second pop album Electra Heart in April of 2012, which became the most iconic image in her artistry. The album’s main character of the same name became the source of her teasingly melodramatic yet melancholic storytelling. Lyrics from songs including How to be a Heartbreaker, Bubblegum Bitch, Lonely Hearts Club and many more painted a picture of a self-aware, slightly cynical yet ultimately lonely woman with a small heart painted on her cheek.

Electra Heart became a staple album for many pop lovers. From the first track to the last, the character of Electra Heart herself, played by Marina, took us through a journey of power, deceit, heartbreak, and yearning for a life more filled with true love. Most Marina fans know it as her best album yet.

Her following album Froot came with much of the same enjoyable zest that Electra Heart was known for, while sounding more like The Family Jewels. In the album, Marina’s lullaby voice continued to croon charged and not-so-subtle lyrics to a colorful presentation of pixelated fruits floating in a galaxy.

But around 2015, Marina announced she was taking a break from the music industry and didn’t release her latest album, Love + Fear, until four years later. Rihanna fans stand up. Yes, I felt that drought. No matter the artist, when a singer takes years to release new music, especially after a hiatus, the expectations begin reaching great heights. Maybe this set up Love + Fear too dramatically, but finally, spring of 2019 saw the release of Love + Fear, and with it, the loss of the diamonds.

Marina shared a desire to create music more authentic to her growth, thoughts, and experiences as an artist, hence the name change. But as fans digested Love + Fear, the album seemed simplistic, slightly rushed, and devoid of the sharp and relatable bites Marina’s albums had become known for under her previous name. Simply put, it felt safe.

So, who was Marina now? As a voice? As a character? As herself? It became unclear. Songs like Orange Trees, No More Suckers, and To Be Human remained what critics of pop always reach for in their arguments: lacking of substance. Often Marina appeared with little makeup, singing about the realities of life as she saw them, yet a listener could feel as though she was holding them at an arm’s distance. Would Electra Heart’s lyricism approve? Maybe that doesn’t matter. But although the musical rhythms and beats remained catchy and familiar to her discography, Love + Fear did not feel significant enough to signal its title emotions, or Marina’s reintroduction.

So what shiny new morsel has Marina presented us with in 2020 with the drop of the single Man’s World? The title and visuals set the scene: Marina and a few other women stand in a field of dried out, yellowing grass. The only source of color? Marina and her ladies, dressed in Technicolor dresses and outfits. This more succinct messaging, plus the return of her signature juxtaposition of melancholic and bright sound, seem to be the exact reintroduction Marina was looking for with Love + Fear. Her message is clear, her lyrics are charged and poetic, and that electric guitar sounded great. So maybe Marina’s reintroduction as an artist who is known only by her own name did not come with the album that she debuted this change with. It seems instead that this freshly dropped single is where she is debuting her latest evolution, and where audiences can finally be properly introduced to Marina.