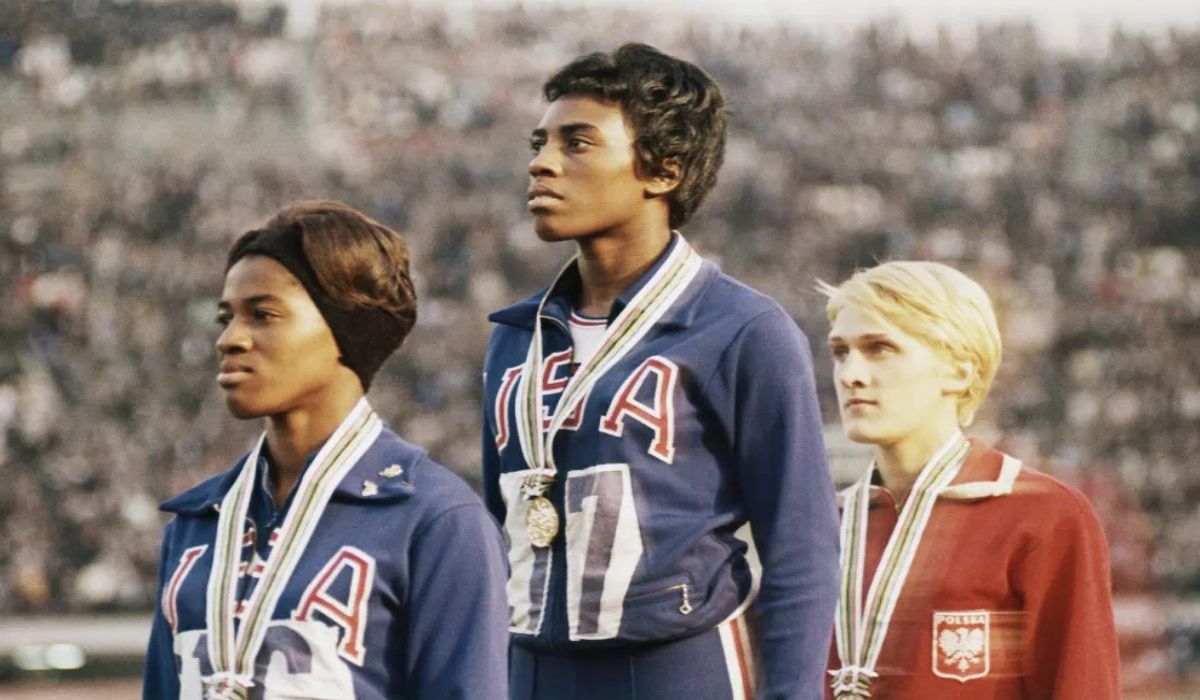 Get Ur Freak On | NBGA’s Halloween Playlist

If you’re anything like me, the only sports you may end up watching are the Olympics. And then perhaps only a few of the disciplines. Only the ones defined by fast-paced, head to head finishes. The kind that you have to force yourself not to blink for fear of missing something. When the gun goes off at any of the female track events you’ll see a blur of brown, sprinting towards the finishing line. And on the podium, holding colorful flags with heavy medals you would have seen three incredible women. Brown women. That was back at the 2016 Olympics in Rio when South African athlete Caster Semenya won gold, Burundi’s Francine Niyonsaba won silver and Kenya’s Margaret Nyairera Wambui won bronze. It was a moment for the history books, a moment to celebrate. But barely three years later all three women have been impacted by a ban imposed by the International Association of Athletics Federations (IAAF), the top governing body in sports. It’s the kind of ban that ends careers early. And guess what? Its all got to do with who they consider a woman and who they don’t.

Since 2009 when 18-year-old Semenya won gold for the 1st time, she has kept running and kept winning to the point that she’s become the world champion in the women’s 800 meters. But her journey hasn’t been an easy one, it’s been interrupted by scientific tests, scrutiny, and mistrust. After her incredible finish back in 2009, she was selected for testing because sports officials were convinced she wasn’t a woman. Why? Perhaps because it was because she’d run ‘too’ fast and blown her competition out of the water too easily. Either way, she was tested just to double-check if she was a woman.

This isn’t something recent either, there have been issues with creating a criterion to divide men and women in sports for a while. In the 1960s it was all about appearance and how you looked. Sports officials were suspicious of men competing as women. So, began with their visual interrogations: Did you look ‘manly’? Apparently, the 100m Polish sprinter Ewa Klobukowska did and a few years after her gold finish in 1964, was subjected to a mandatory sex test, a ‘nude parade’ to be exact. Don’t kid yourself, this was exactly what it sounded like, several doctors checked female athlete’s genitals to determine their sex. They deemed her to be a woman and allowed to compete. This was in 1966, and when the nude parade was replaced with chromosomal testing in 1967, Klobukowska failed the test and was consequently banned from competing due to a chromosomal anomaly. Somehow in a matter of a year, she had been disqualified from competing as a female. Let’s just underline something important in neon for a second; sex is based on chromosomes, genetics, hormones, and physical factors too. Not just one identified variable. It’s not the same as gender by the way, which is the way someone identifies. This entire situation just highlights how depending on the criteria used to define who’s male and female, the people who qualify will also change.

In 2011, the IAAF decided that someone’s testosterone levels were the ideal way to divide male and female athletes. For those of us who might have missed that biology class, testosterone is that naturally occurring hormone found in both men and women. Using testosterone as a criterion was problematic from the get-go since testosterone is not the only contributing factor to someone’s performance as the IAAF claims. Performance is linked to a long list of attributes; there’s the hours of training, the strict diets, the high tech equipment, and top-notch coaching. Don’t forget the physiological factors like heart size and incredible endurance that all contribute to performance. Indian sprinter Duttee Chand pointed this out in an appeal when she was put through the testosterone test and failed. The Court of Arbitration of Sports agreed with her and she was allowed to compete. Fast-forward to 2018, and the IAAF has imposed an even lower testosterone limit and guess what it only applies to the three-track events South African sprinter Semenya competes in (400m, 800m and 1500m). What’s up with that? If she or the other medal holders from Rio want to compete in the 2020 Olympics, they need to take medication to lower their testosterone levels. There’s no accounting to potential side-effects or the ethics of the situation. Why would you give medicine to someone who is perfectly healthy?

If that’s not problematic enough, just compare her situation to that of the American Olympic swimmer Michael Phelps. He was born tall with a long torso and wide feet; physical advantages when you’re a swimmer. And people call him lucky. It makes sense, most athletes have some kind of natural advantage that helps them when it comes to competing. But heaven forbid that some ladies from the global south have naturally high levels of a hormone that may be an advantage. For those like Semenya, who has been classified as having too much testosterone the only choice is to medicate or evacuate. This means that the top three finishers won’t have a chance to defend their titles. And I don’t know if I want to watch that.

To add to an already irritating and unjust situation, the current testosterone tests are only imposed on athletes that appear suspicious. Back in the 1960s that was Klobukowska with her strong jaw, these days it tends to be the brown and black ladies. Yes, you heard me. The ones who don’t seem to match the stereotype of what a female is ‘supposed’ to look like are the ones chosen for testing. These tests are all based on appearance and a constructed standard. It’s no surprise that women of color face more challenges than most in many if not all aspects of life and it’s even harder to ignore the trend of who is systematically chosen for testing or who are consistently being banned from competing. And despite this, for Semenya, it is just another hurdle that needs to be overcome. Another challenge to beat.

That is a strength I admire and will champion.