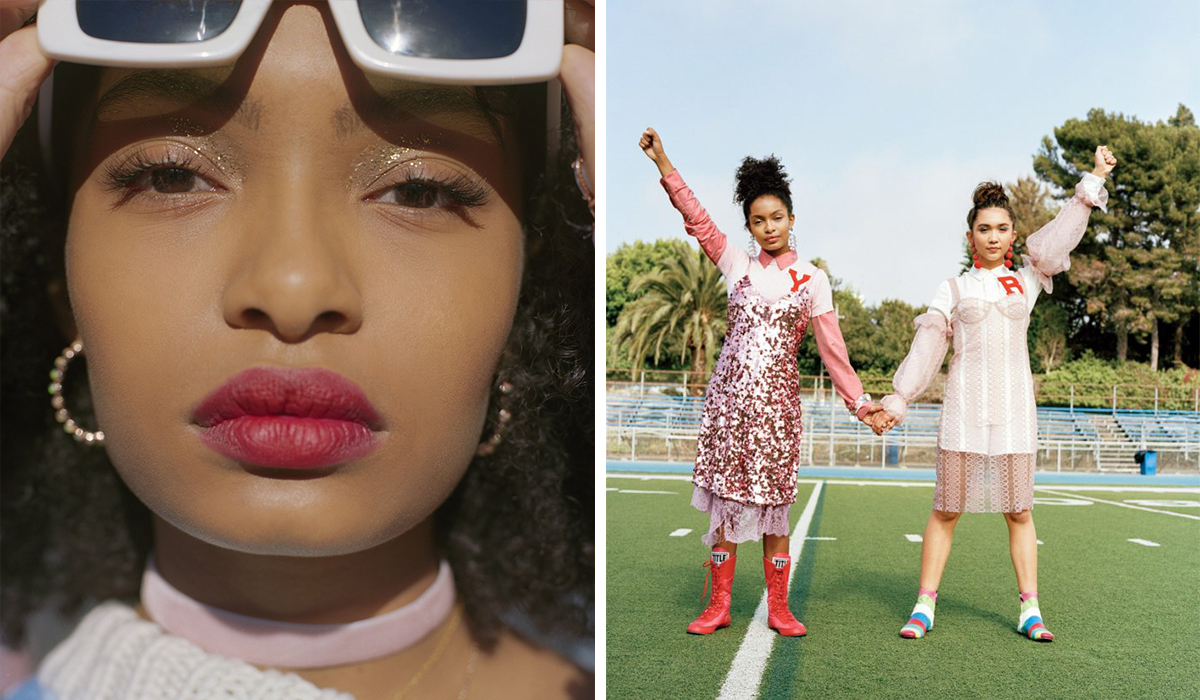 How to feel Refreshed and Look Cute After a 12h Flight

Yara Shahidi was born to be an activist. The 18-year-old Minneapolis, Minnesota native is a successful actress and model, but it’s her fight for social and political change that makes her stand out from the crowd.

In these current tumultuous times, it’s not uncommon for a celebrity to use their platform to speak out against injustices, but there is just something different about Yara. As a member of Generation Z, she grew up in a politically divided era with an ever-present news cycle, making her keenly aware of societal issues. She’s also social media savvy and often reaches out to her 2.5 million Instagram followers to discuss a variety of topics ranging from recycling to women’s rights. What I like about Yara is that she’s genuine. It’s refreshing to see someone who truly cares about important causes, and is willing to fight for what she believes in.

Yara comes from a loving and supportive family, but her childhood was anything but ordinary. Her mother is actress Keri Shahidi, and her father, Afshin Shahidi was Prince’s personal photographer. Yes, that Prince. The Shahidi family moved to Los Angeles when Yara was 4-years-old, and she started her acting career just two years later.   Throughout her childhood and adolescence, Yara scored a number of acting gigs, but her role as Zoey Johnson in Blackish is what really put her on the map. The show chronicles the lives of the Johnsons, an upper-middle-class black family in America. It covers typical family drama in a fun-loving way but also shows how their lives are affected by racism and other serious problems in the U.S., like police brutality and life under the current political administration. After four seasons on the air, a spinoff, Grownish, was created to follow Yara’s character to college. The show depicts several parallels to Yara’s real life, but here’s hoping the episode where Zoey incessantly texts a guy she just met about starting a family and joint bank account is purely fiction. There is something about Yara and her character Zoey that is so relatable to young girls. She’s a gorgeous and glamorous celebrity, but at the same time she’s navigating through young adulthood just like any other teenager.

I’ve watched @chocolatemommyluv maneuver through the world without compromising. ✨Even being able to see the times in which she’s struggled has made it so I embrace myself & the moments when I don’t feel my best. ✨Join @Aerie & me to celebrate Mother’s Day & share what YOU got from the role model women in your life with #AerieREAL #AeriePartner ?‍♀️   A post shared by Yara (يارا‎) Shahidi (@yarashahidi) on Apr 24, 2018 at 7:39pm PDT

Yara’s sense of style, positivity, and intelligence have made her the perfect spokeswoman for a number of campaigns. She’s joined Aerie for their #AerieReal Role Model campaign, and the brand Always for their #LikeAGirl campaign, both of which were made to promote body positivity in young girls, which is something we can all get behind.

Yara is fiercely devoted to her 18 x eighteen campaign, which she partnered with the media platform NowThis to create. The movement aims to educate young Americans on how to register to vote, and why it’s so important. Yara is so dedicated to this campaign that she even had a voter registration party to celebrate her 18th birthday, because she knows what’s at stake, like gun reform, healthcare, and student loan policy. Politics have gotten personal for Yara, as the current administration’s infamous Muslim Ban prohibited immigrants from several countries from entering the United States. The ban included Iran, where Yara’s father emigrated from when he was 8-years-old, so it really hit home for the Shahidi family, and confirmed the importance of being socially engaged.

Honored to be in conversation with @toryburch who started her brand for the sole purpose of creating the @toryburchfoundation Her Focus? Investing in women around the globe⚡ And today is the culmination and beginning of her dream THE FIRST EVER @toryburchfoundation Summit ⚡ #embraceambition ✨

Even though her acting career is thriving, Yara will be taking a slight break to focus on her education. With a letter of recommendation from Michelle Obama, Yara was accepted to Harvard, and will be starting her freshman year this fall. In an interview with Jimmy Kimmel, she explained that she’s always wanted to be a history professor and would like to be “policy adjacent” in the future. She’s chosen to major in Social Studies, so she’ll take classes on history, economics, and other topics that will prepare her for this “policy adjacent” future. Yara has already made such an impact on the world through her countless campaigns, so it’s exciting to see what she can do with a Harvard degree under her belt.   Yara’s activism even shines through in her fashion. At MTV’s 2018 Movie and TV Awards, Yara donned a light blue zoot suit complemented by her natural curls and metallic blue eyeliner. This stunning look was a reference to the zoot suits made popular by African American men in the 1940s as an expression of freedom and rebellion against the oppressive government. Sound familiar?

Her sense of style led her to be the brand ambassador for Chanel, a face in Ivy Park’s 2017 campaign, and on a number of best-dressed lists. She’s also my personal beauty icon. Yara can pull off any style, and she’s not afraid to try new things. Her bold brows and flawless skin make the perfect canvas for a number of looks, from glossy lids at the Met Gala to a cat eye on the cover of Harper’s Bazaar Arabia.

At just 18-years-old, Yara Shahidi is an accomplished actress, activist, and style icon, but she’s just getting started. Though she’s heading to Harvard this fall, don’t expect things to get quiet for this rising star.

I have a feeling she’ll continue to change the world, and she’ll look damn good doing it.