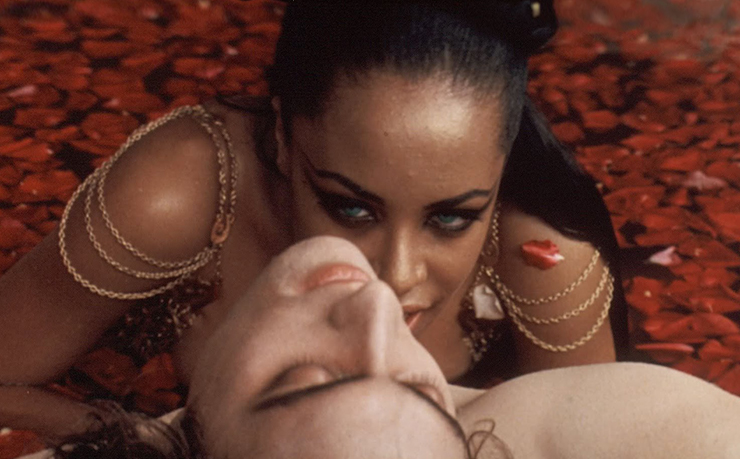 As we have entered into Spooky Season, those of us who adore the essence of it find ways to incorporate its spirit into our daily festivities. By watching foreign language horror films, you can see how although we may be miles away, the things that frighten and terrorize us are universal. Here’s a list of six frightening films to lose yourself in on a hauntingly chill night in. Subtitles are nothing, don’t let them get in the way of you watching these gems.

Audition is more disturbing than scary, and what’s left is the haunting feeling of not really knowing what may be lurking behind people, even the ones you think you know. The main character Asami, who is already so visibly beautiful, at one point wears one of the sickest red coats that will almost make you ignore the final thirty minutes of the film. Almost.

Thirst is one of my personal favorites by Korean director Park Chan-wook (the genius behind The Handmaiden and The Vengeance Trilogy).  A master of dark humor, and Thirst is no different. It’s about a priest who volunteers to get infected by a virus in order to find a cure, and finds himself with a taste for blood. The film’s playful and uneasy, a sort of sweet-and-salty combo, that makes the film so fun to watch.

The Italian movie follows a dancer who travels to Germany to take part in a notorious ballet company. The psychedelic and vibrantly red supernatural horror gained a more modern and muted remake in 2018. Both films carefully execute twists and turns so shocking and grotesque, it will make you think twice about dropping everything and giving into your own childhood dreams. I know I did.

This Persian-language film creates what was marketed as “The first Iranian Vampire Western”. It has become popular across various online film circles as one of the it horrors films to watch. You will fall in love with the main character simply cast as The Girl, a vampire who preys on the city’s less than favorable men, and you will root for her throughout the movie.

The second Korean film of this list, A Tale of Two Sisters is a reimagining of an old folk tale. It’s melancholic with a beautifully atmospheric score to match. The Criterion Collection lists it as one of many films that encompasses New Korean Cinema; films that reflect contemporary times. The story is about two sisters who move with their father and new stepmother, into a house that creaks just a little too much.

Raw is gross. The best way that I can think of to describe it is, gross. Though somehow you just can’t stop watching it. The french film is a cannibalistic horror, about a young vegetarian woman entering veterinary school. You can imagine the paradoxical nature that runs rampant throughout. Yet, by the end it all somehow makes sense. In a very, maybe extreme vegans do have a point, sort of way. Regarder!

Looking back on Mia Marion’s month of Halloween