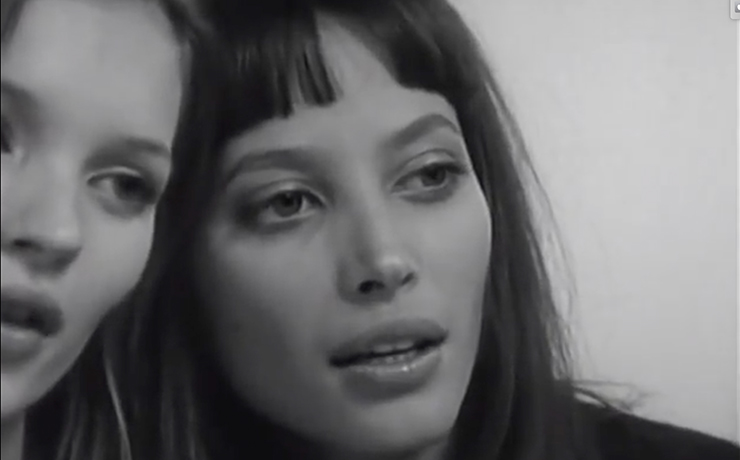 So, you want to know more about fashion, but you don’t know where to start? Are you overwhelmed by the years of history and surplus amount of movies and books? If you answered yes, don’t be embarrassed, we were all feeling this when we found a sudden interest in fashion (well at least I was). However, not everyone has the luxury to take fashion classes to know about the ins and outs of the fashion industry. Because of this, I’ve curated a list of accessible documentaries– all on Youtube– that I believe are essential to watch to get started on your fashion journey.

Starting off with a basic, The First Monday in May takes you behind the scenes of the creation of the 2015 Met Gala: China Through the Looking Glass. This film really gives you a raw insight into the steps it takes to execute the biggest event in the fashion industry.

Luxury: Behind the Mirror of High-End Fashion (2019)

An investigative journalism documentary from DW Documentary, Luxury: Behind the Mirror of High-End Fashion exposes the dark secrets behind the fur and leather industry. It gives an unfiltered look into the poor and grimy work conditions exploited workers go through and the steps people take to cover it up.

The Battle at Versailles is a documentary that looks back on the 1973 Palace of Versailles fashion show, where American designers and French designers would display their work, “competing” against each other like the Super Bowl. This film discusses the racial and cultural barriers that were broken, and interviews the models and designers that had the privilege to be apart of history.

An inside look of the process of creating Raf Simons’s first Haute Couture show, Dior and I do an excellent job showcasing the hard work seamstresses go through to make a designer’s vision come to life.

Following Christy Turlington during Spring Fashion Week in Milan, Paris, and New York City, you get to see that being a model isn’t just to smile and look pretty. The documentary presents the relationships between the 90s supermodels like Kate Moss and Naomi Campbell while giving us an inside look at what goes on before a show.

This documentary showcases the journey Vivienne Westwood went through to build the brand she has today. From her punk era to her beautifully constructed corsets, you get to really know one of the most influential British designers of all time.

Alexa Chung’s series on youtube with British Vogue is one of my favorite docuseries of all time. In each video, she shows viewers the layers in the fashion industry and interviews different types of people with different jobs asking them about their point of view about the industry. I highly recommend watching this series if you want to know more about the business side of the industry.

The Next Black explores the future of fashion by interviewing innovative companies that are mixing technology and sustainability with their garments. They focus more on companies like Patagonia, Studio XO, and Adidas.

All in all, you don’t need to attend fashion school to curate the knowledge you need to get into the industry. You don’t need to spend money on books or classes, sometimes the first step to knowing more is to just press play and observe.