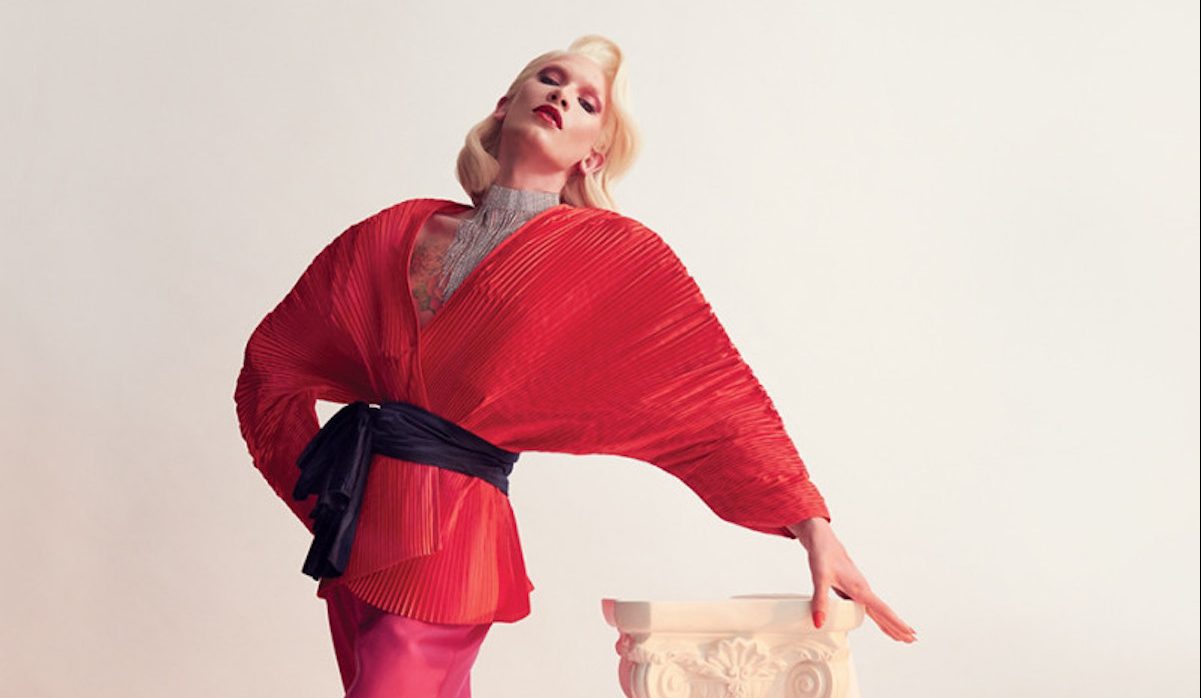 Wavy the Creator Talks Being Alien, Self-Confident, and Trusting The Process

RuPaul’s Drag Race has not only been the holy place of entertainment for the last eleven years but has also become home to some of the chicest fashion designers and models around. Previously, drag queens were not considered artists at all, but with the help of popular media, it has become apparent that drag is much more complex than the audience might assume. Here are four drag queens that are making modeling an art form once again.

Season seven RPDR winner, Violet Chachki, has made an absolute imprint in the fashion industry since her victory. Hailing from Atlanta, Georgia, the burlesque-specializing queen got her start performing at popular bars all over the city and eventually passing her audition to be a contestant on Drag Race. In 2017, she went on to take part in Dita von Teese’s neo-burlesque show The Art of Teese. Later the same year, Chachki became the first drag queen to join a modeling campaign for a major lingerie company. The very next year, she modeled for the major high-fashion brand, Moschino, which led to the 2019 Met Gala, where Chachki wore a gown customized for her by none other than Jeremy Scott himself. The black gown was simple and elegant in the front and was followed by a long train in the shape of a glove. Chic and extravagant are two words that I would use to describe Violet Chachki, and the Moschino Met Gala dress she donned was nothing short of this.

Before her claim to fame in the drag world, Miss Fame was a male editorial model in New York City. Soon after this, the California native became a makeup artist and drag queen on the side. Eventually, Fame decided that drag was the dream job that she had always searched for and left behind the days of modeling out of drag. When joining RuPaul’s Drag Race for the seventh season, Fame had not been in the drag world for quite as long as her opponents but proved to be a force to be reckoned with. Though only placing seventh in the show, Miss Fame went back to her roots once it was over. No longer modeling as a man, Miss Fame began her career as a model primarily in full drag. She was photographed for Mary McCartney’s book Devoted, and as featured in Vogue Italia. Soon after these modeling opportunities, Miss Fame was signed to IMG models Paris, as well as Wilhelmina, both of which being top modeling agencies globally. When it comes to print modeling, Miss Fame is the girl who can serve both face and is always dressed to the nines.

The most recent Drag Race winner is additionally the one with the most fashion feats behind her belt. Being the drag daughter of season four winner, Sharon Needles, Aquaria had a lot to live up to in her season. Before she was announced as a contestant, Aquaria had over 200,000 Instagram followers and was also one of the youngest contestants of the show in its history. These two details combined made the other contestants, as well as some fans of the show, doubt her abilities as a well-rounded queen- or someone who is more than just Instagram looks. Despite this, she managed to reign supreme on the tenth season. After her season, she appeared in a solo issue of Vogue Italia, photographed by Michael Bailey-Gates, modeled for the Moschino H&M capsule collection, and signed to IMG models- all in the same year. The following year, she was one of the faces of MAC’s Viva Glam campaign, and soon after she became the first drag queen to walk the red carpet at the Met Gala, where she was styled by Moschino. Aquaria has proved herself to be a top contender in fashion in just one year since her win.