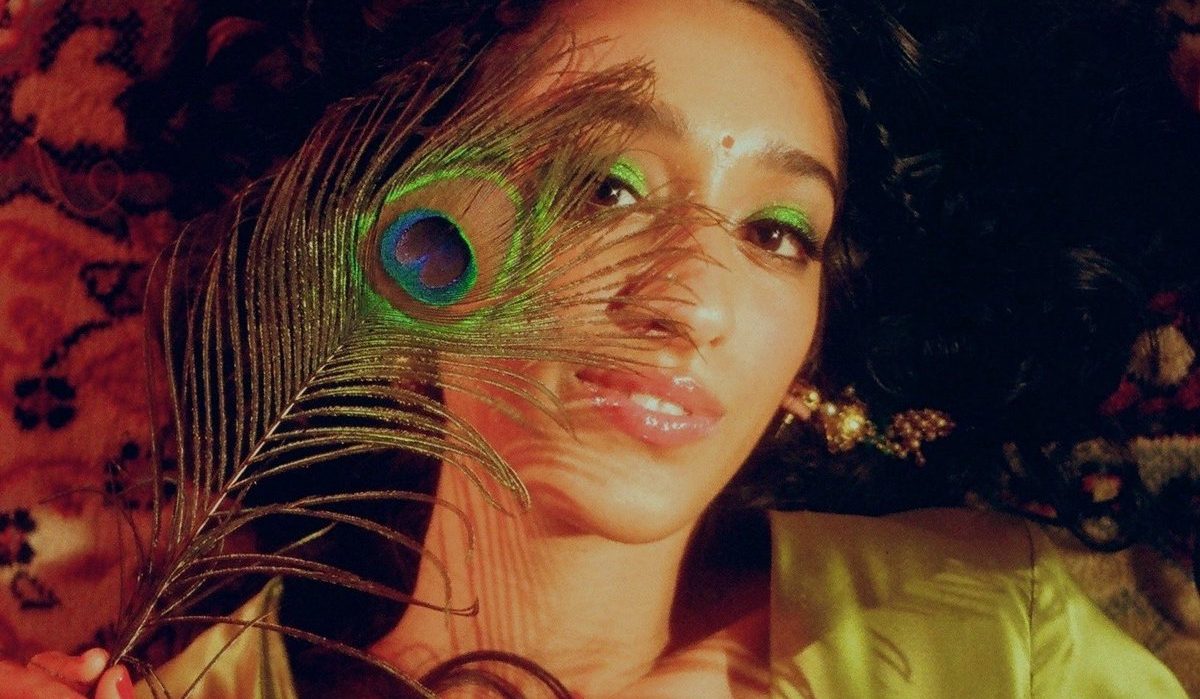 Supa Star Girl– How To Make It Look Icy

On Raveena’s debut LP “Lucid”, the 25-year-old New Yorker has blessed us with a whimsical exploration of the infinite boundary between dreams and reality. In a collection of glorious alternative R&B vignettes produced by Everett Orr, Raveena adopts a conceptual framework that invites listeners to journey through her teenaged sub-conscious; introspectively searching for spiritual catharsis and release from the repressed traumas she experienced whilst coming of age.

Sharing similar sentiments with the singer’s debut EP “Shanti” (2017) – whose overarching message was founded in “finding healing through relationships and spirituality” -, Lucid voyeurs deeper into Raveena’s personal experiences with regards to the cyclical nature of love, loss, trauma, and healing; with a refreshing perspective. Encompassing the two distinct movements on the album, Raveena and Orr build a revolutionary sonic dreamscape, in which Raveena feels free to conduct an existential exploration of what it means to live in a world devoid of pain, regret, and toxicity.

Fittingly, Lucid begins with (“Hypnosis”), a beautifully melodic hummed lullaby, accompanied with dainty piano trills that move to transport the listener into the confines of Raveena’s REM cycle; the scenic yet illusory world where this record ultimately lives. Once we’re fully entranced, Orr’s old- school R&B sensibilities are given a chance to glisten on (“Nectar”) – a track which both audibly and thematically emanates from the same world Raveena’s breakout single “Honey” was forged in.

Oozing with sexual imagery, Raveena compares her lover to a honeybee, who spends his days searching for her “nectar, her affections, and truth”. Subsequent to the emotional revelations she highlights on Nectar, on the tracks (“Stronger) and (“Salt Water”), the songstress focuses on emotional recollections of past “relationships that compromised her mental health”. With the purpose of elucidating her own expectations in love, she sings “I was so naïve to think a man could be stronger than me/ I am stronger, stronger”.

If the first movement on the album encapsulates the nightmarish traumas associated with past lovers, in the second movement – indicated at the silent conjuncture between tracks (“Stone Reprise”) and (“Mama”) – Raveena begins the process of healing and enlightenment.

On the albums leading single and standout track “Mama”, she interpolates her mother’s story of humble beginnings after emigrating to New York, “in 1989, on 85th and Lefferts Avenue”, with her own experiences growing up in the bustling city. Further, ruminating upon what life may have been like for her mother “before she met her man”, and compromised on her “bigger plans” in settling down and starting a family. It’s a jazzy, soulful account of coming into your own as a woman, predicated simply on seeing humanity in those women who raise us up as we grow; and it’s as heart-warming as it is healing.

In the latter songs on the album, the distinctly soft falsetto vocals Raveena commands her lyrics with across tracks, stylistically become increasingly self-assured and confident in their delivery. On the hip-hop leaning track (“Bloom”), she asserts in a soliloquy to an ex-partner “Baby don’t touch me, you don’t know how, you can’t love me now”, in amongst describing the feeling of weightlessness a positive shift in perspective has allowed her. Subsequently, on the tracks (“Floating”) and (“Still Dreaming”) she takes flight, reconnecting with the youthful euphoria of falling in love again, whilst “floating on by, [with the sun] in [her] eyes”.

Interestingly, one of the albums most glorious anecdotes comes directly from Raveena’s grandmother on (“Nani’s Interlude”). On which, Nani imparts some priceless knowledge over Raveena (and by extension all of us), telling us that we should not fear death and that instead, we should live with no regrets, as only then will we be able to “love this life more”. As this invaluable lesson sinks in, we segue into the albums’ closing track (“Petal”). Ensuing, as Raveena’s signature soft, melodic lullabies emerge once again – this time to wake us from our musically induced *lucid dream within a dream – they are utilized in building the foundation for a dissonant, ambient and experimental culmination to an awe-inspiring record.

Overarchingly, “Lucid” provides a dream-like introspection into self-love, personal healing and the trials and tribulations of burgeoning womanhood. Groundbreakingly, Raveena and Orr musically encapsulate feelings of detachment and lucidity as a metaphor for letting go of past trauma, sonically conveying the release one feels when we get out of our own heads, go outside, re-connecting with nature and our innate humanity. Acting as a perfect soundtrack to the summer, “Lucid” couldn’t have landed at a better time!

Listen to the full LP here:

*Catch Raveena on her US tour this fall in a city near you, tickets go on sale Friday June 14th!