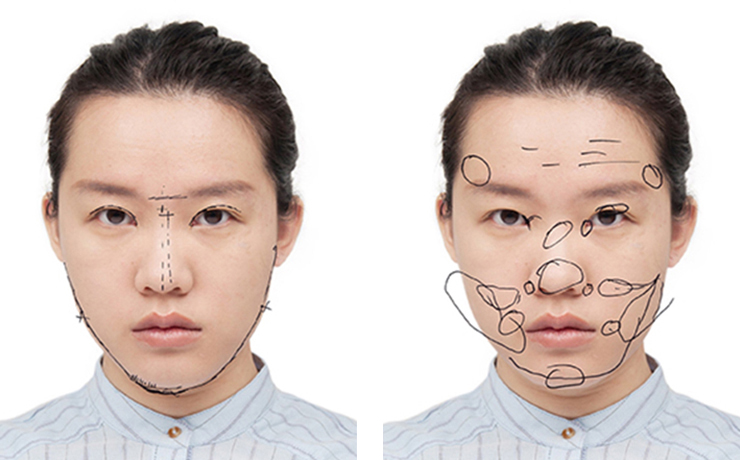 Easing into the home office existence

Whether you’re for it or against it, plastic surgery is something that we seemingly cannot avoid. The tabloids obsess over who has and who hasn’t, online trolls have given themselves license to pick apart those who have and suggest to others that they should. It’s our guilty pleasure to watch people get nipped and tucked, nipped and botched, as well as less invasive aesthetic procedures – yet what of the countries leading the force behind it all. Photographer Yufan Lu has spent the last few years exploring these notions in relation to the rising cosmetic culture in China.

A former student of Goldsmiths University in London, Yufan took a photography and urban cultures course where she learned to combine visual expression with academic research. Being no stranger to the ways in which Chinese culture has altered in ways of appearance – her high school years were formative to her interest in the infamous phenomena – she uses her lens to draw on the experiences of her upbringing.

“As a teenager, I was easily affected by people’s judgments and popular media, which had little tolerance for anything other than beauty.”

The catalyst for her signature ‘Make Me Beautiful’ project came from the 20 million and rising cases of cosmetic procedures in China happening each year, especially by those in their early adult stage. It was an opportunity for her to explore and understand the insidious nature behind the ‘successful’ industry. Her images are a mixture of passport-style mugs of herself that she sent to “beauty designers” to annotate their diagnosis and pre-surgery portraits of women with her own handwritten annotations and geometric patterns cut out of them.

For Yufan to have her own likeness picked apart by cosmetic surgeons is brave, especially considering how difficult she found it growing up in an environment that contributed to her low self-esteem issues around her appearance, “I had this impulse to know how my face looks in the eyes of cosmetic surgeons – powerful people in beauty standards – and experiment on myself to see how I would react to these diagnoses,” she told WePresent.

A choice that resulted in a sort of therapy for Yufan, she identified that her ability to separate her unconfidence about her looks from her personality as a whole, allowed for her to approach her appearance less emotionally and in a visual way. It wasn’t so much she was looking for a negative response but a way for her to see herself from the perspectives of these so-called “beauty designers.”

It’s a deep commentary on the desire, weakness and sense of loss the beauty industry and marketing has on society. Yufan isn’t condemning surgery, she’s simply offering a thought on the society that makes people, young and old, believe that it’s something they need. Her mixture of photography, self-portraiture and life experience culminate into a project that is extremely thought-provoking.