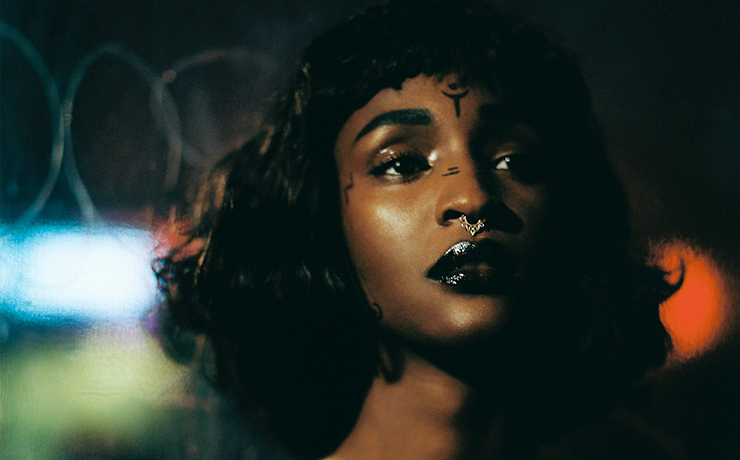 A detailed look at “The Final Girl” — horror’s favorite trope

Gore. The word is typically used to describe extreme, bloody violence in campy horror movies. The concept of “gore” holds darkness and terror, yet humour and absurdity at the same time. For Congolese-Belgian artist Lous and the Yakuza, this imagery represents her life.

The French singer hit our radar in 2019, with singles “Dilemme” and “Tout est gore”, and since then, we’ve been eagerly anticipating her debut album. Gore dropped on October 16, and has been gaining widespread attention since its release.

The album tells the story of her life, which has had a unique set of challenges. Born as Marie-Pierra Kakoma in Democratic Republic of the Congo, her mother was imprisoned when she was a young child during the Second Congo War. After her mother was released, her family fled to Belgium, then relocated to Rwanda before settling permanently in Belgium in 2011. As a child, Kakoma spent her free time writing. She always knew she wanted to be an artist, but her parents wanted her to follow in their footsteps and become a doctor. At 18, Kakoma was kicked out of her house and became homeless.

The 24-year-old artist never doubted herself, though, as she said in a recent interview, “I have faith in myself, sometimes maybe a bit too much.”  The long-awaited album has exceeded expectations. Its trance-like beat loops produced by El Guincho paired with Kakoma’s confident and sultry voice have created a genre-blurring masterpiece that is completely in a league of its own.

The album features previously released singles along with new sounds that show the artist’s extensive creative abilities. Her lyricism is both sad and energetic, and her complexity as an artist can be mapped with each song.  She shows off her range when singing ballad-like melodies on tracks such as “Quatres heures du matin” and rapping quickly and sharply on “Bon acteur”. She sings in French, and many of her fans don’t speak the language but are drawn to her music because of the returning flow and smoothness in her melodies and the otherworldly experience of her voice enchanting each song. Her sound is captivating to audiences all around the world, even those who can’t understand her lyrics.

Lous and the Yakuza’s theatrical music videos have garnered millions of views on YouTube; always adding another level of imagery to her songs. Her breathtaking presence and music video aesthetic coupled with her lyrics create a story for listeners to get lost in. Kakoma sinks into her artistry; she knows who she is and everything she delivers is so uniquely hers.

On her forehead, Lous and the Yakuza dons a sign of her own making. It means “les mains tendus vers le ciel” which translates to “hands stretching out to the sky.” It’s a sign that is done both when extremely happy or extremely desperate and sad; representing her duality as an artist. The sign depicts a movement of physical openness that you do when you’re willing to welcome things into your life, which represents her ability to welcome the good and the bad in order to succeed.

Gore is metaphorically rich, melodically unique, and filled with the inner workings of Lous and the Yakuza’s artistic mind. Listen to the album here.

#FreePalestine: A Masterpost for Resistance

Stepping into the New Normal This Spring