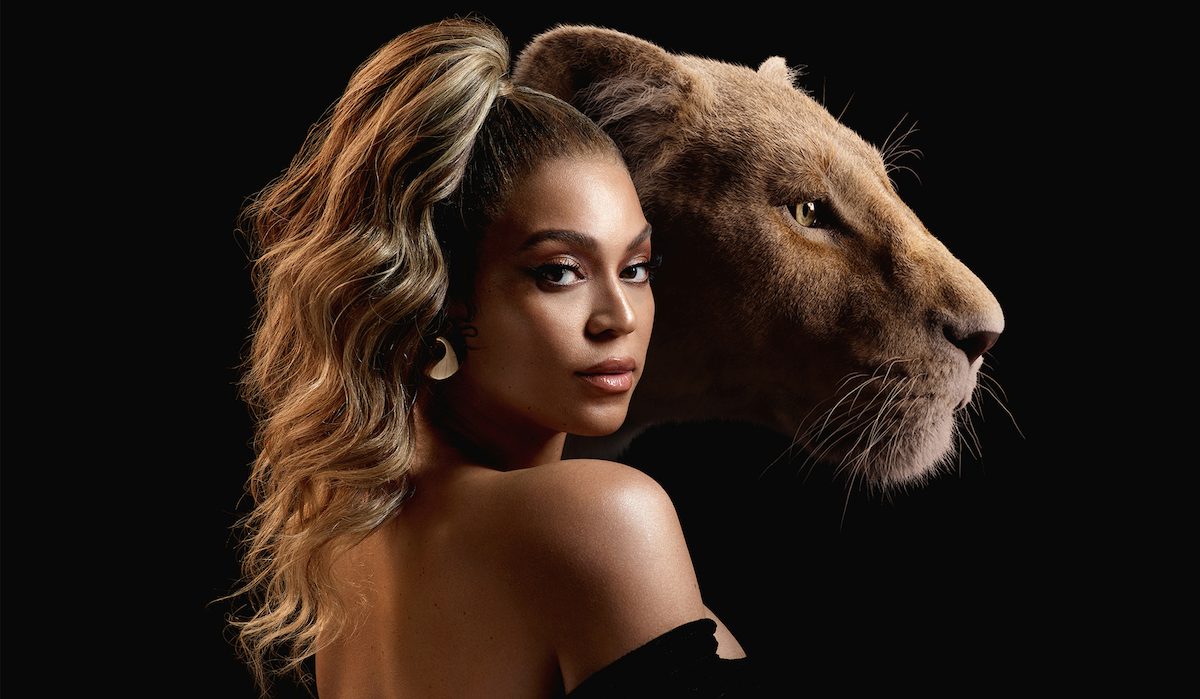 The Lion King: The Gift Compilation Album Curated & Produced By Beyoncé Is Truly A Gift

In 1994 one of the best Disney films was released, that film is, of course, The Lion King. The soundtrack that accompanied the film was legendary, with songs written by Elton John & Tim Rice and composed by Hans Zimmer. Now we have a new photorealistic computer-animated remake of The Lion King in 2019. All three of the aforementioned worked on the musical compositions for this new version, but now they have a secret weapon. That secret weapon is none other than Beyoncé Giselle Knowles-Carter who plays Nala in the remake. When have we known Beyoncé to do the bare minimum? We haven’t. She couldn’t just play the role of Nala and just leave it at that– so she decided to also bless us with a compilation album for the film curated by herself. The Lion King: The Gift is just aptly named, this album has so many gems in it and has an all-star lineup. The African artists really stood out on this project, hailing from Nigeria, Ghana, Cameroon, and South Africa. There’s a good mix of musical influences but it is definitely Afro-beats heavy. This comes as no surprise with the genre becoming more and more popular thanks to artists like WizKid, who is featured on the album. There are 27 songs on this compilation, with 13 of the songs being interludes. We’ll be discussing the full-length tracks so let’s jump in.

JUST ANNOUNCED: '#TheLionKing Can You Feel the Love Tonight? with @RobinRoberts' special will feature the EXCLUSIVE WORLDWIDE PREMIERE of @Beyonce's music video for “Spirit” & an exclusive interview with the superstar! Watch TONIGHT at 8pmET on @ABCNetwork https://t.co/mfhnDwVq7G pic.twitter.com/bd884lHSy9

The first track opens up and you can immediately hear the “Pray You Catch Me” influences but this track is way bolder and yet still beautifully vulnerable. The last chorus feels so emotionally powerful, sung with the help of British artist Raye who also helped write the song. Give this a listen if you’re feeling low and need a boost.

“Life is your birthright, they hid that in the fine print
Take the pen and rewrite it”

FIND YOUR WAY BACK

The beat is so enticing, it’ll have you moving your hips before you know it. When listening to the song you can just imagine yourself being somewhere warm and the song has a warm, heartfelt message too. The bridge is just as wavey– there’s no other word in the dictionary to describe it.

“Daddy used to teach me all my moves
Run around wild, had to tie my shoes
Itty bitty child with a smile like you
Wild, wild child look a lot like you”

This is the song to bust all of your dance moves to, from a smooth shaku shaku to an aggressive gwara gwara. Tekno, Yemi Alade and Mr. Eazi all brought it on this short but sweet record. The title of this song will be in a lot of Instagram captions this summer.

Burna Boy is the only artist other than Beyoncé, of course, that has a solo song on this project. He wasn’t lying when he self-declared himself as an African Giant. Ja ara e is a Yoruba slang phrase that translates to “Wise up, it’ll be wise to listen to the words of this song.” The saxophone that weaves in and out on this track just sounds so sweet and the repetitive intro and outro are catchy.

Hearing Beyoncé and Kendrick Lamar together just makes sense, they are in perfect sync throughout the whole track. Kendrick has this voice he does where he sounds like a martian and Beyoncé matches his energy both times on the chorus. Yoncé came through on the third verse and talked her ish. The only problem with the song is when it starts to feel so good and you feel like you’re drowning in it, it ends abruptly.

“Nubian doused in brown, I’m lounging in it
I don’t tend to youth, I said I’m drowning in it”

Beyoncé Giselle Knowles-Carter is a whole mood on this track, the song is laced with so many Instagram captions. She really went off on this one, was there even a need for Jay Z and Childish Gambino to be on this song? (just kidding, sort of). But Jay referencing the photo of him on a jet ski with a helmet on is too funny. Mr. Childish Gambino comes in on the song breakdown with a quick beat switch and it makes you want to do a tribal dance and praise your ancestors.

“Ankh on my gold chain, ice on my whole chain
I be like soul food, I am a whole mood”

This is another song to bust all of your dance moves to but maybe this time with a partner. Salatiel, Pharrell and Beyoncé all sound gorgeous on this track, the chorus is infectious and lyrics are just romantic. Definitely sing this song to your crush if you’re feeling confident.

“I’ll bring you back the moon just so we got all night
I’ll bring the sun down too, so I can show you the light”

Blue Ivy Carter decided to bless this track with her vocals, opening up the song with SAINt JHN and closing it all by herself. We stan her as much as we stan her mother. This song is a love letter to all the black girls in the world who have been made to feel that they are not beautiful or just simply not enough. It’s a very emotional song, hard to not cry whilst listening to it but they’re happy tears. We’re happy for all young brown skinned girls that will hear it and feel beautiful, this is their anthem. This record has so many empowering lyrics and Beyoncé and WizKid sang everyone of them so meaningfully. The standout track on the whole album!

“Brown skin girl, ya skin just like pearls
Your back against the world
I never trade you for anybody else, say”

after brown skin girl i opened itunes and bought the album.

As a black girl, this reaction to Beyoncé’s ‘Brown Skin Girl’ really got me, i felt it. When she broke down in tears before the end, it broke me. Be happy if you don’t have to ever feel inferior cos of your skin colour. pic.twitter.com/6w0JYCc7fS

KEYS TO THE KINGDOM

There’s a comfortable bounce on this track, it has a good tempo for a nice ‘n’ slow whine and has a very subtle reggae/dancehall sound à la Sister Nancy’s Bam Bam. Tiwa Savage’s voice sounds pretty all throughout and Mr. Eazi flows on the track comfortably.

“Tick tock, pretty baby
You can get it back, don’t you waste it
To grow from your past, gotta face it”

How dare Beyoncé start this song with these hauntingly beautiful harmonies? The Picardo Brothers & Diplo came through with this beat, makes you just wanna pull a stank face and hit the nastiest azonto. After hearing this song, you’ll definitely want to look up more work by Shatta Wale. Give this a listen if you need to remind yourself that you’re already the sh*t.

The harp chords and Beyoncé vocals sound so lush, there’s a lull to it that puts you in a dreamlike state. Everything about the song beautiful so it doesn’t come as a surprise that Syd is one of the writers. Beyoncé and Bankulli round off the track with an outro that is an enthralling fuse of Yoruba and Swahili.

“If it all ends and it’s over
If the sky falls fire
Best believe me, you will see me
On the other side”

Okay lions, now let’s get in formation! Beyoncé, Nija, Tierra Whack, Yemi Alade, Busiwa, and Moonchild Sanelly all came through with that ferocious lioness energy. This is the song you hit play on when you want to kill your workout in the gym. DJ Lag produced the beat, he is known for being the poster boy for Durban’s growing vgqom scene. Gqom is all about that bass-heavy sound and you can hear it on this song. Wooo, this song goes so hard!

“Refer to me as a goddess, I’m tired of being modest
A hundred degrees, the hottest, if we being honest
Ebony and ebonics, black people win”

The track opens with 070 Shake singing with so much raw emotion which she continues to do throughout the entire song. There’s a hard-hitting beat switch when Jessie Reyez comes on spitting her verse. This song is intense, there are no other words to describe it.

“I wonder how it, how it went so wrong
It’s been so dark, yeah, I wanna say my last goodbyes”

The album comes to an end with this triumphant anthem which is accompanied by a visually stunning music video. It’s exhausting just listening to the many key changes Beyoncé performs on this song and when the choir comes on, you just get goosebumps. If this song doesn’t win an Oscar for Best Original Song, we’ll need to have a word with the academy voters. Every part of the music video is just so good, from Blue Ivy’s red wig to Beyonce’s sparkly blue jumpsuit. Beyoncé is rocking a custom made durag in the video, made by Tongoro which is a Senegalese fashion brand. She just continues to serve us want we want, plenty of outfit changes, beautiful choreography, and a stunning backdrop. The video was filmed in the Havasu Falls located in the Grand Canyon, Arizona which belongs to the Havasupai Indian Tribe.

“While you’re trembling, that’s when the magic happens
And the stars gather by, by your side”

Beyoncé is such a generous queen that she released an extended version of the music video with a visual for Bigger attached.

This is a great album that encapsulates all the emotions you feel whilst watching The Lion King. Beyoncé did a good job of putting all the artists together, every artist made sense on the track they were on. The only negative thing is with The Lion King drawing so much of its inspiration from Eastern Africa, it would have been great to have artists from that region featured on the compilation. But all in all, everyone brought their A-game and this album has definite replay value.

Sidenote: We’d just like to thank Blue Ivy Carter for putting this together as we know she runs things in that household. 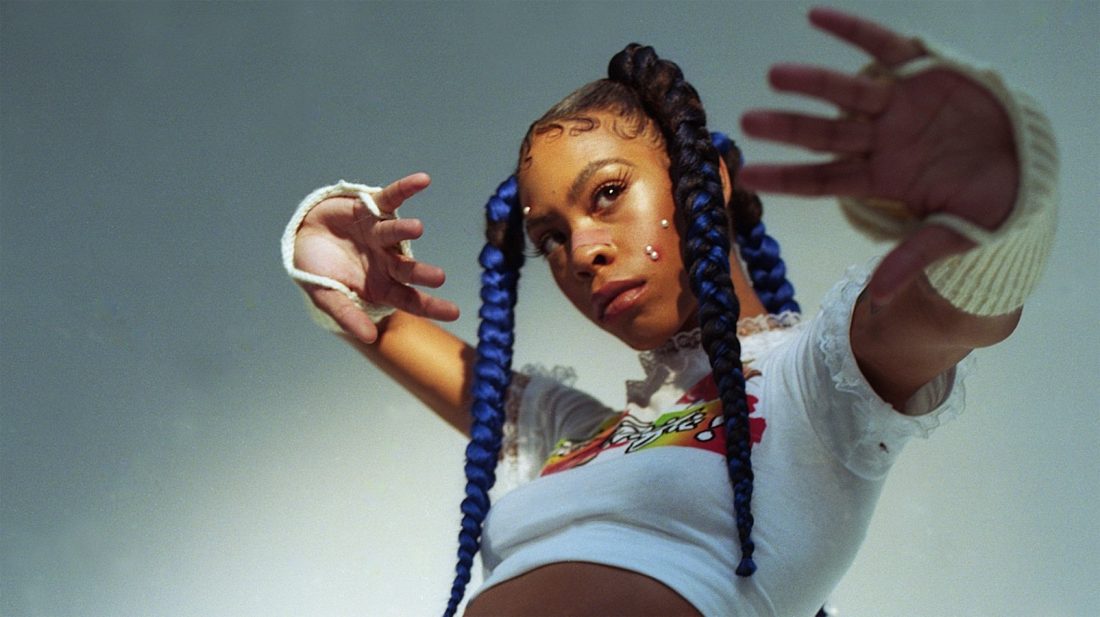 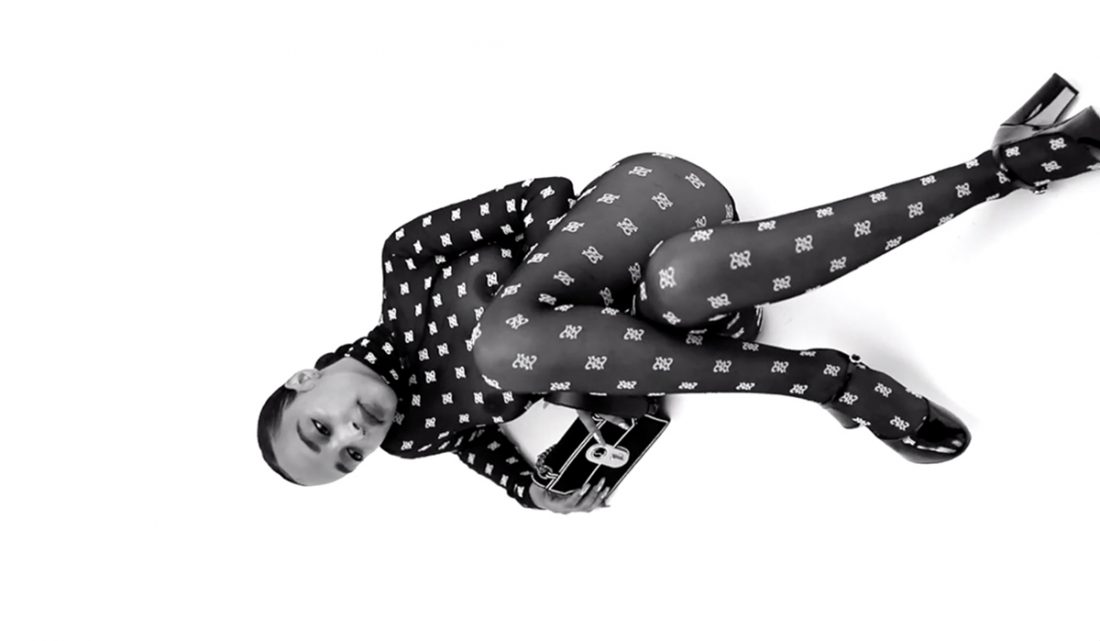 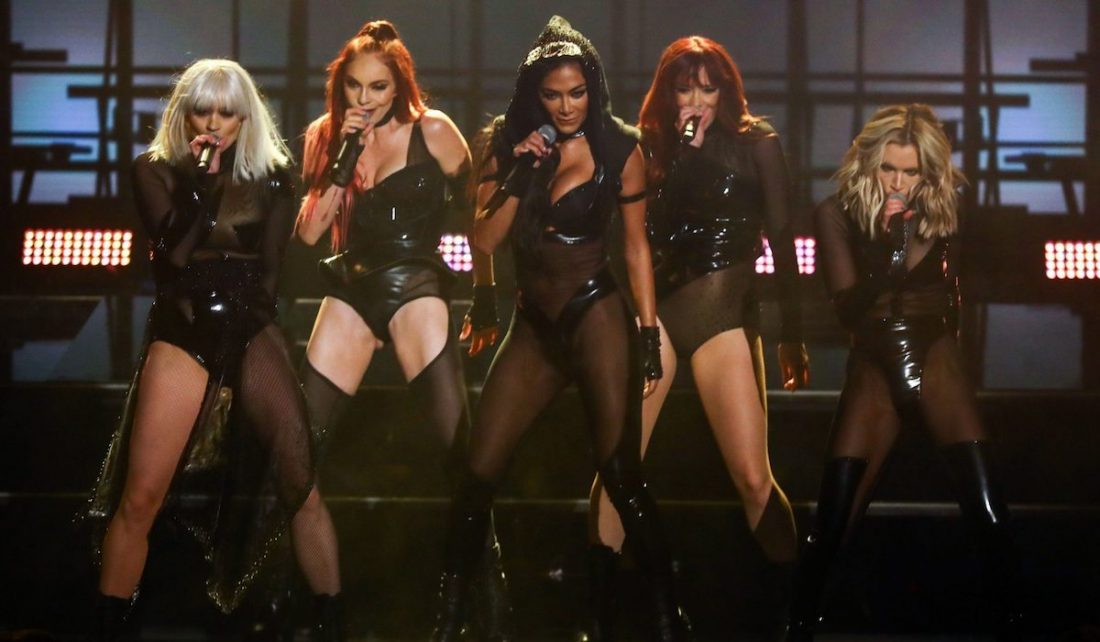 The Return of the Pussycat Dolls & Our Favorite PCD Tracks!