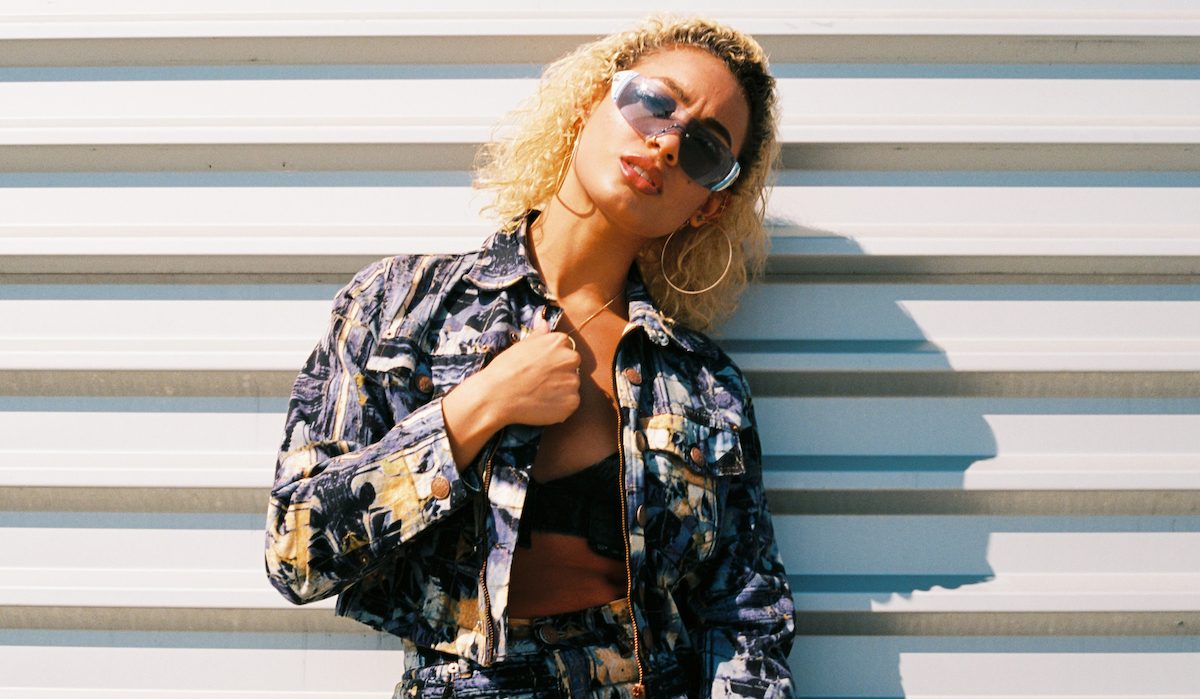 You’ve seen her dance with the superstars and flex with the some of the biggest up and coming artists of the industry, and you’ve most definitely heard her hit billboard breaker “Lil Baby”. Yes, we’re talking about Dani Leigh and we got the chance to catch up with the Miami born and LA-based RnB star on her last visit to Berlin.

What was it like growing up in Florida?
I was born in Miami and then moved to Orlando when I was ten. To be honest, my memory is so bad I feel like I only remember Orlando [laughs]. My favorite childhood memory is all in all growing up.

Has making music been on your agenda since day one?
It’s funny because in school there were things like “Most likely to Win…” and I won “Most likely to win American Idol” [laughs]. I’ve always been a dancer so for me it was about taking the next step, which I did when I moved to LA and yeah here we are now.

You’ve danced with many famous people such as Pharrell and Nelly Furtado, who is someone else you would love to share the stage and dance with?
Well when I danced with Missy Elliot that was incredible and I would love to do that again, Missy is fire.

If you were to collaborate with anyone who would it be?
Drake for sure.

If you had a clothing line what would you call it?
Oooh, that’s a tough one. I definitely want a clothing line, but I haven’t gotten around to the name yet. It’s gotta be something REALLY fly.

Who was your biggest crush as a teenager?
Probably, Chris Brown, I don’t like him so much now though.

Name a place you haven’t been yet and are dying to go to.
Oooh, I really want to go to Bali.

What’s your ritual before performing?
Thanking God and thanking my crew.

Mariah Carey has her Little Lambs, Lady Gaga has her Little Monsters and what I’ve heard is that Dani Leigh has her Dani Lions, can you tell me who you came up with that?
Ummm Dani Lions. I was trying to come up with a cool name for my fans so I took it to the gram and asked them what they think and someone suggested Dani Lions, which I immediately thought was fire. I represent being strong and confident and I love Lions so with that being said, it was Dani Lions.

I know this will be tough, but if you could pick three musicians that inspire you the most who would they be?
Rihanna, Aaliyah, and Drake.

Your background is Dominican, what would you say is the most Dominican thing about you?
My personality and my attitude for sure.

So as this is your first time in Berlin, I’m interested to hear what your initial thoughts were before coming here.
Honestly, I haven’t heard much about it, I was just very excited.

What’s the craziest thing that’s ever happened to you at a performance?
Well, I have a story but it wasn’t while I was performing. It was while I was on tour with Teyana Taylor and I was watching her show from the side stage. I literally fell into what looked like a black hole. Luckily not too many people saw me and I didn’t get hurt so I could just laugh it off. Oh yeah and this was the first day of the tour.

What’s been the absolute highlight of your career so far?
Hmmm, that’s hard. I would have to say it’s probably everything that’s happening right now. I found out yesterday that my hit single “Lil Baby” went gold so that’s definitely a highlight. It feels like everything is just going up from here.

When was the last time you were star struck?
I live in LA so it’s really hard to get star struck when famous people are running around everywhere. There is this one time when I was on tour with J.Cole and we were in Toronto and all of a sudden I turned around and Will Smith was there, I was pretty shocked by that!

What was it like working with a legend such as the late Prince?
It was incredible, Prince reached out to me and gave me the confirmation that I’m supposed to be doing exactly what I’m doing. You don’t really get recognition like that from such legends, so it was really huge for me. He taught me how to be myself and made sure I stuck to that. When he passed, it threw me off completely. I always saw Prince as one of those people who would be around forever. I really wish he could see me now.

If you had a time machine what is something you would do?
Ohhh, it would probably be something really personal [laughs]. Nah for real, I don’t think I’d go back and do anything. Everything I did got me here today.

What’s one thing you are totally addicted to right now?
Is it bad to say I’m addicted to Instagram?

What’s the most annoying thing about being in the spotlight on social media?
Just when people try to come up with assumptions about you, I’m not into that.

Who is your favorite up and coming artist?
I think my brother is pretty fire, Brandon Bills yeah he’s pretty dope. Oh and Coi Leray for sure.

So to round this up, what’s next for Dani Leigh?
More moves, more power plays, more music. I’m going to tap into fashion and acting eventually and yeah just get bigger!

Interview and Styling by Olive Duran