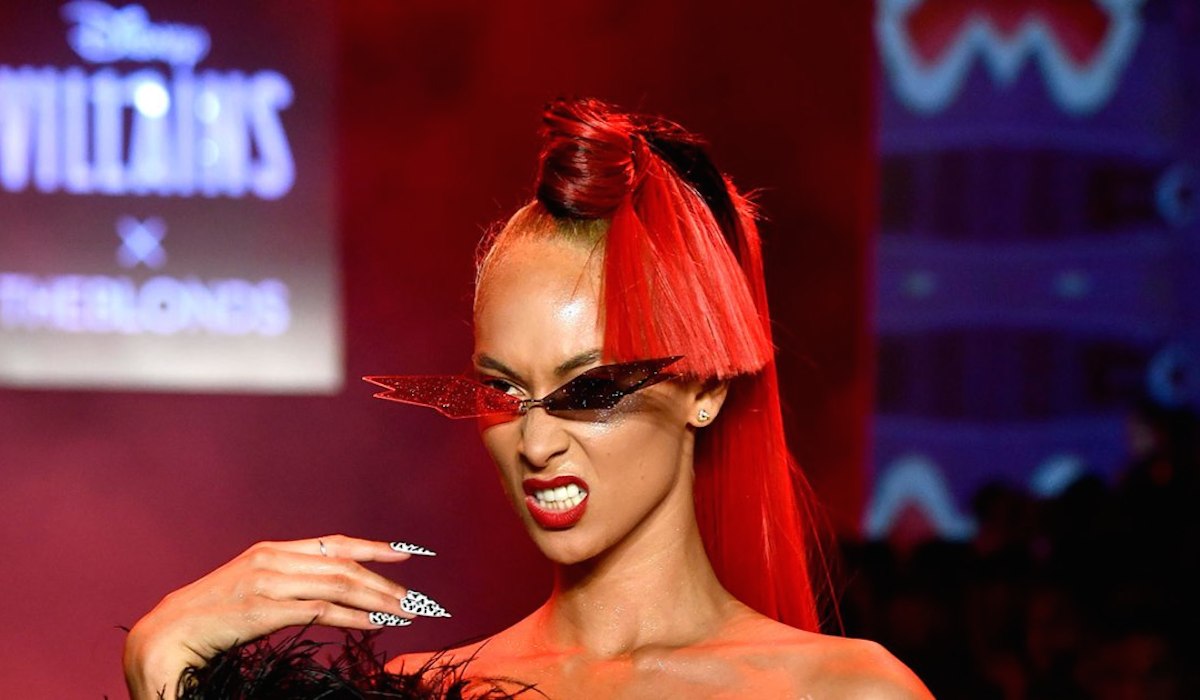 The dark side of the Magic Kingdom cast its shadows on New York City for The Blonds Spring/Summer 2019 Presentation, Disney Villains x The Blonds.

The Blonds are a designer power couple based in New York, known for creating couture pieces that emphasize the body’s natural form. Co-founders Phillipe and David Blond did nothing short of extravagant for their spring collection inspired by Disney’s infamous animated bad guys and gals. Staying true to the designers’ trademark glamour featuring structured corsets, jeweled garments, latex, and thigh-high stiletto boots to reimagine the wardrobe for the notoriously evil.

For the much anticipated show, models appeared in colourful bodysuits and sequin corsets emulating the likes of the Evil Queen, Maleficent and the Queen of Hearts to an electro-pop soundtrack. 1/2 of the designer duo, Phillipe Blond modelled some of his villainous creations while makeup artist and YouTube celebrity, Patrick Starrr looked wicked walking the runway in an Ursula inspired ensemble. Hotel heiress, Paris Hilton also made a runway appearance as Dalmatian antagonist, Cruella de Vil and dancer Leiomy Maldonado vogued her way down the catwalk in an embellished suit. Each look was meticulously done up with themed nail art and glam makeup.

The showcase proved that it’s good to be bad—and blinged out while doing so. The show opened with footage of our favourite Disney villains and left us all with fierce images of what these vipers would look like as runway models.