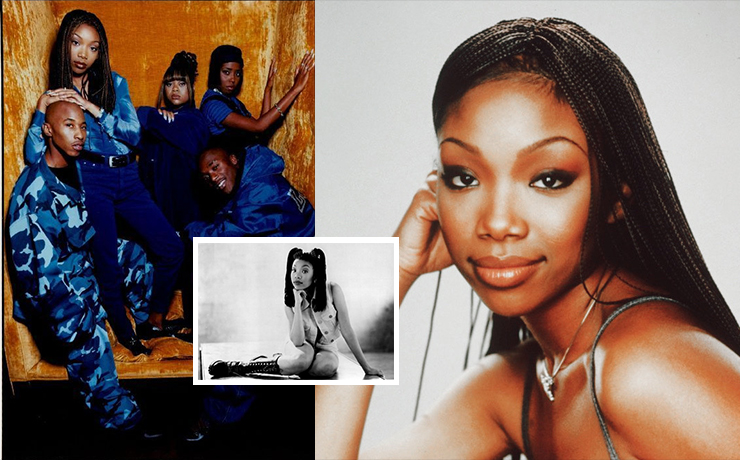 A little pocket guide of self-care tips for BIPOC worldwide

Netflix recently announced the expansion of their Strong Black Lead lineup after acquiring the rights to a slew of legendary Black sitcoms including Moesha, Girlfriends and Sister, Sister. The Brandy-helmed series Moesha began streaming on the platform on August 1; we’re already adding iconic looks from the title character and her besties to our moodboards.

Archiving our favorite shows has become an internet pastime. It’s increasingly common to study how the styling of TV characters exemplified their personality. Following the recent Netflix announcement, archival Instagram account Every Outfit on Living Single became Brownstone Archives to highlight the style of Black sitcoms coming to the streaming network this fall  — most of which originally aired during classic 1990s/2000s UPN lineups.

The show Moesha aired from 1996-2001 and represented Black youth fashion at the turn of the millennium. The 1990s was a definitive era for logomania, so branded clothes are everywhere throughout the show. There were a plethora of noticeable yet understated high fashion moments presented; garments like monogrammed Jean Paul Gaultier sweaters and Moschino track pants have been identified throughout the series.

As a character, Moesha’s style paired Afrocentrism with preppiness (think brightly colored co-ords and knee socks a la Clueless paired with shell-adorned chokers). Brandy was also pretty synonymous with braids in the 1990s and her on-screen persona stayed with diverse hairstyles. A more daring fashionista was Kim (played by Countess Vaughan), who even had aspirations to work in design. She was always ahead of the curve — oversized scrunchies and print mixing are just a couple trends she pulled off flawlessly.

Kim and Moesha coexisted with other characters on UPN sitcoms, evident in the spinoffs spawned on the network. When Kim transitioned to The Parkers, viewers witnessed her evolution in style and maturity. As these shows resurface for a new generation, the impact of Black fashion on TV will come into a larger scope and context — bringing these aesthetics further into the now.