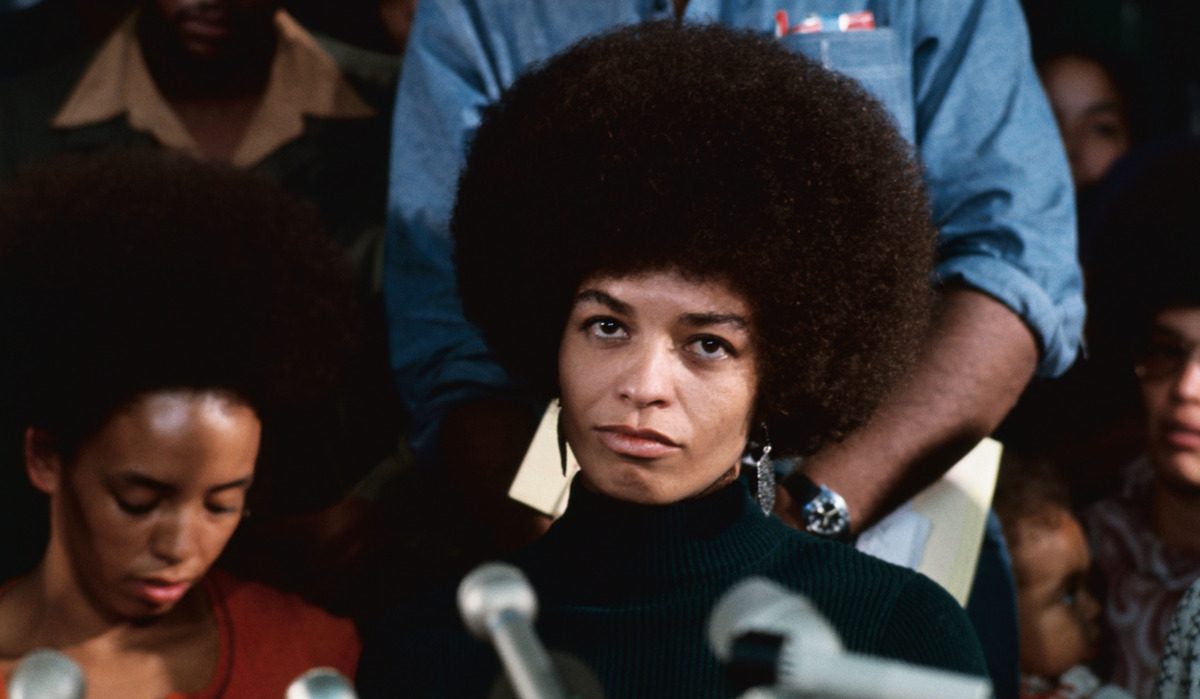 To be a woman in 2019 is to be political. There’s nearly no escaping it. Even those who don’t feel the need to identify as a feminist feel the need to say that they’re not feminists. And while the current zeitgeist has a heightened urgency for women’s equality, it sometimes feels like the equality–presented as ideal–remains exclusive.


When we talk about women’s equality, it must not be limited to white upper-middle class women. “Feminism” that excludes Black, Brown, trans, Latinx, impoverished, and underprivileged women is not feminism. And yet, in our history classes (at least per my experience in the public education system in the United States) the histories told are limited to that of Susan B. Anthony and… well, frankly that’s all I can recall. In a small attempt to fill some of these gaps, here are a handful of women who have shaped what it means to be a feminist while breaking through the structures that have oppressed women for centuries.

Academic and revolutionary Angela Davis is a seminal figure for intersectional feminism. In her book “Women, Race and Class”, Davis looks through a historical lens that addresses the idea that white suffragette movement did not understand the needs of the Black communities, and in disregarding these needs, women’s rights could not excel the way they’ve needed to. Davis lays out the idea that white women tend to accept the fate of capitalism being that their labor is not nearly as exploited as that of Black and Brown women. Women of color, while freed from slavery, were met with jobs in horrible conditions making next to nothing, whereas white women (more often than not) could still live within their means with the comfort of their jobs or their husbands’. This disparity remains today with Black women making 38% on average less than white men.

Manal al-Sharif is best known for her activism in women’s rights to drive in Saudi Arabia. With laws that directly bar women from driving in Saudi Arabia, al-Sharif has put herself in precarious positions by risking arrest and harassment by advocating for the #women2drive movement. When we talk about intersectional feminism, we cannot limit ourselves to advocating women in our respective countries alone. To stand for women as a whole is to stand for women worldwide. That’s why it’s so important to educate ourselves on what women are experiencing throughout the world; whether it’s driving bans, dangerous working conditions, forced marriages, or any other oppressive structures. Manal al-Sharif’s sacrifices highlighted the struggle of women in her country, making them visible to the rest of the world, inspiring others and calling us to action.

“Si, se puede,” the motto of the Farm Workers of America, and a motto we’ve all come to know, was coined by activist Dolores Huerta. Huerta, born in the New Mexico, saw from a young age the disparity that existed between farm owners and their laborers which lead to her co-founding the Agricultural Workers Association. Huerta saw the injustice that existed for laborers in which conditions were bad, hours were long, and their capacity to lead good lives was limited, with migration following crops meant time spent away from family, and lack of stability. This kind of life affects women in particular when it means mothers being away from their children. With a lifetime of advocating for labor rights, Dolores Huerta has made waves in policy that still affect women today.

You may have heard of Linda Sarsour based on her involvement in the Women’s March in 2017. But Sarsour has been an activist and has been advocating for human rights for much longer. As a Palestinian Muslim woman, she has been a voice for the voiceless within the Israeli-Palestinian conflict, Black Lives Matter, and of course women’s rights. Linda Sarsour is proof that allyship and advocacy can stem past one’s own identity and is a great example of how intersectionality should be utilized in providing solidarity for all.