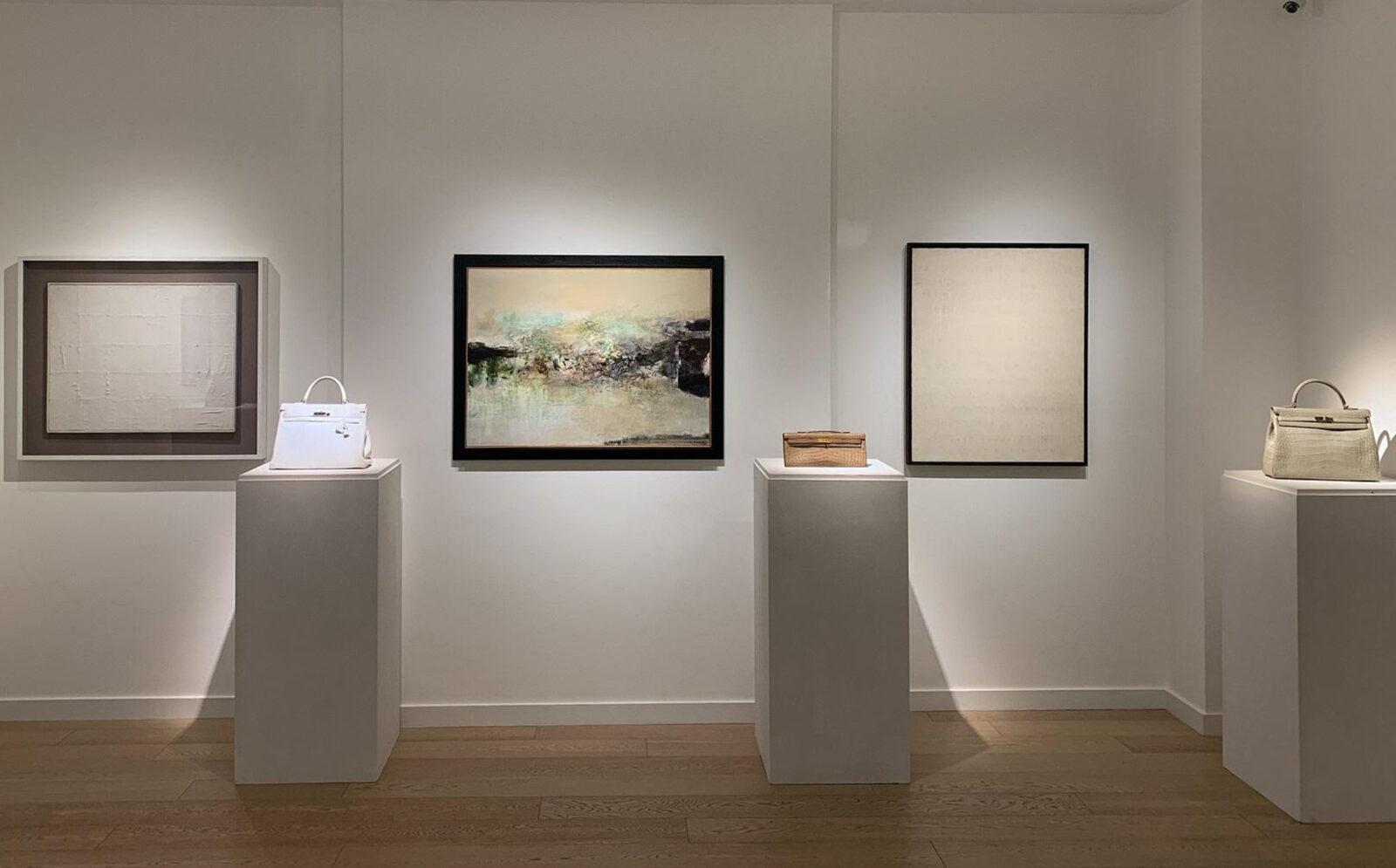 Step into the beautifully bespoke world of Hermès at the Omer Tiroche Gallery. If you’re anything like our fav Icy Girl Saweetie, creating IG accounts for your Birkins (or at least we can dream) then this is the exhibit for you.

Founded by Thierry Hermès in Paris in 1837, Hermès began as the first established harness workshop in the Grands Boulevards quarter of Paris, dedicated to serving European noblemen, which us where its famous Duc carriage and horse logo originates from. Their leather bags were originally made to feed horses and house their saddles, until a century later when the atelier broadened its clientele to cater for the fashion elites and collectors. By 2008 the brand gained notoriety for it’s classy and chic fashion accessories, often sported by celebrities such as the Kardashians.

The Omer Tiroche Gallery celebrates 10 Birkin and Kelly bags perfectly paired with works from the late 1950s to the ‘80s, with pieces by the likes of Warhol, Manzoni, Jean-Claude amongst other renowned artists. By juxtaposing Hermès’ leather goods against fine art allows the audience to compare the unique craftsmanship that goes into creating both. Each bag is produced in France often by one individual who hands sews, buffs, paints and polishes it, taking several days to complete, much like an intricate canvas painting. Use of materials often vary too, from calf leather to ostrich and a range of hardware choices  that can even include diamond encrustation, its no doubt that the coveted handbag is an investment piece, much like a work by an acclaimed artist.

Visit the exhibition at Omer Tiroche gallery located in Mayfair London by appointment until December 2020.