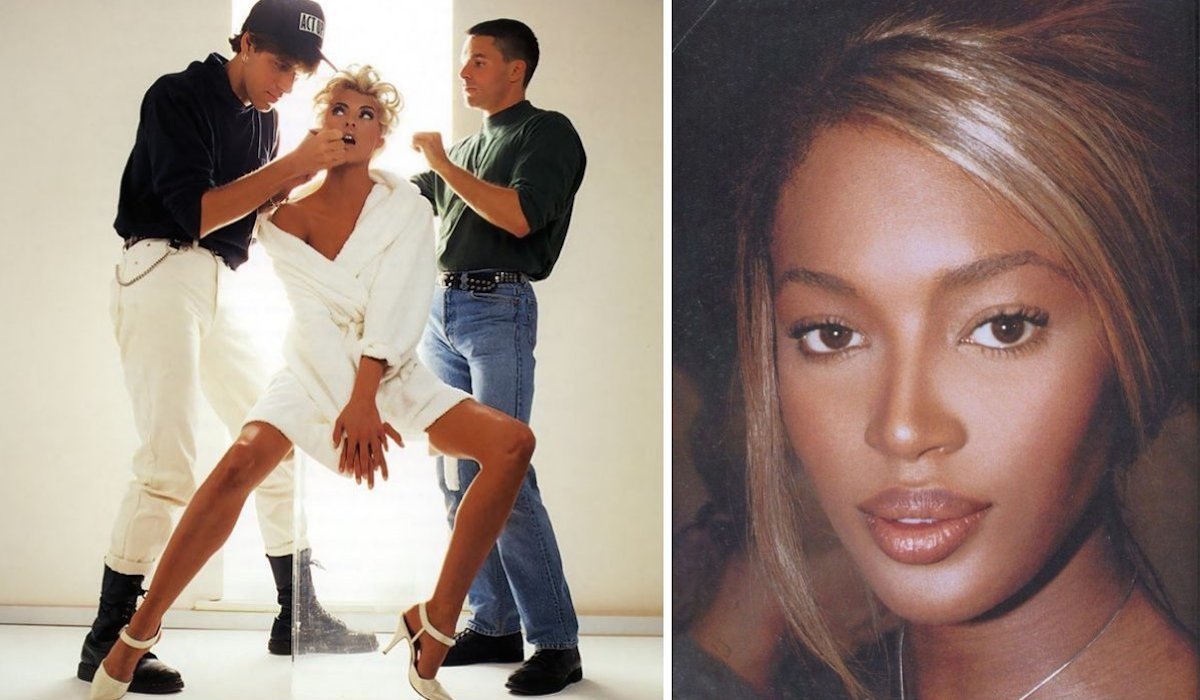 Dark Spots No More: How to Prevent, Conceal, and Completely Remove Pesky Blemishes

Recently a popular online publication turned a few heads in the beauty community for incorrectly stating that Kevyn Aucoin was still living, when he unfortunately passed in 2002. They quickly fixed the error, but some good came out of the situation, as it sparked a necessary conversation about the iconic makeup artist and the legacy he left behind. Kevyn Aucoin was a professional makeup artist, photographer, and author who instilled a love of beauty inside so many of us.

That’s why I began doing makeup in the first place: I was hoping that through helping people see the beauty in themselves, I could try and find it in me.

You’ve probably heard of Kevyn’s eponymous makeup line, but where it all started for so many fans were his books. After years of Vogue covers, runway shows, and endless editorial shoots, Kevyn released glossy portfolios full of tips and tricks, as well as closeup shots of the celebrities he worked with. His most popular book is Making Faces. The book was released in 1997 when thin brows and brown lip liner were all the rage (two things he had an enormous impact on), but it wasn’t just focused on trends. Commonly referred to as the beauty bible, Making Faces was where we learned how to contour, what techniques we needed for vastly different looks, and the difference between cream and powder foundation… I could go on. I reread the book thousands of times, and to this day I have the images of Cher’s glossy lids and Demi Moore’s vampy look burned into my brain-in a good way! Though my makeup collection probably consisted of Bonne Bell Lip Smackers at that point (I was 7), I was absolutely enamored by Kevyn’s artistry, and 20 years later I still use the techniques I learned from him.

In 1994, Kevyn released The Art of Makeup with co-author Tina Gaudoin, and the release party was full of models and divas who were there to praise him. Years later, he released Face Forward where he continued to entrance us with both classic and daring looks on the celebrities we worshipped. All of these books are great for beginners as well as fans who love his work, and make beautiful coffee table books!

There isn’t an icon he didn’t work with. Tina Turner, Cindy Crawford, Janet Jackson, Linda Evangelista, Naomi Campbell, every supermodel, really. Of all the music videos Jennifer Lopez has made in her career, her favorite beauty look is from her 1999 video “Waiting for Tonight” where -you guessed it- Kevyn bedazzled her face with diamonds and crystals. I think part of the beauty community’s obsession with Kevyn Aucoin has to do with the coveted time period in fashion and makeup history, and the weepy nostalgia that it invokes in so many of us. It’s no secret that we are majorly inspired by the 90’s (seen here, here…and here), but it’s more than just that. The battles he faced during his life juxtaposed with the glamour he created can teach us so many lessons about ourselves, and about this craft that he mastered.

#TBT to 1999 when Kevyn did the makeup for Jennifer Lopez’s “Waiting For Tonight” music video. Kevyn airbrushed @jlo’s skin a deep bronze shade and glued hundreds of tiny crystals to her face so it would literally dance with light for the cameras. Jennifer sat for four hours while Kevyn created the diamond face 💎 #MakeupByKevyn #KevynAucoin #JenniferLopez #JLo A post shared by Kevyn Aucoin Beauty (@kevynaucoin) on Feb 22, 2018 at 7:15am PST

Kevyn was born in Shreveport, Louisiana in 1962 where he spent his childhood experiencing with makeup and using his three sisters as guinea pigs for his looks. Though his childhood was filled with beauty of his own creation, he also had his demons. He endured serious bullying by students and teachers alike for being gay. He and his siblings were adopted, which lead to more uncertainty and questions about his identity. As he got older and more experienced with makeup he dreamed of moving to New York, where he’d be accepted and could flourish as an artist. After he and some friends were assaulted by a mall security guard, he finally moved to the city out of fear for his own life.

Kevyn arrived in New York City during a complex era. It was the beginning the AIDS crisis, one of the most tragic and deadly times for the LGBTQ community in the history of the United States. It was also a turning point in the fashion industry, and Kevyn learned from and contributed to the changes. With his portfolio in hand, he and his boyfriend/agent Jed Root strolled into Vogue (it obviously wasn’t that easy) and luckily, the revered magazine liked what they saw.  From there he was working with major brands and supermodels, leaving an instant impact on the beauty world. When Kevyn tweezed Cindy Crawford’s eyebrows a little too thin, the rest of the world followed suit and it became one of the most popular trends of the era. When he and Isaac Mizrahi decided to add false lashes to runway looks, they became an instant hit. Almost everyone he worked with echoes the same sentiments about him; he made them look their best, feel their best, and they only wanted to work with him. This summer, a documentary about his life was released. Larger Than Life: The Kevyn Aucoin Story shows the glamorous yet complicated life he lived, and captures the love so many had for him. It also taught me so much more about the renowned makeup artist which I’ve shared in this article, so take a look for more Kevyn, as well as more Cher, Naomi Campbell, and Isaac Mizrahi!

Of course, his life was not perfect and he dealt with a great amount of pain, both physical and emotional. His schedule was demanding, and his large stature made constant flights to Paris and other cities unbearable, and the hours he spent on his feet perfecting a look took a toll on his body. In Larger Than Life: The Kevyn Aucoin Story, singer Tori Amos spoke of the struggles he faced throughout his time-consuming and exhausting career, stating “There were two sides to this, some of us were addicted to him making us beautiful, and he was addicted to making us beautiful.”

In September 2001, he was diagnosed with a rare pituitary tumor, which turned out to be the cause of his pain. After years of pain and discomfort, and a resulting painkiller addiction, Kevyn Aucoin passed away on May 7, 2002, from kidney and liver failure.

Kevyn’s death was devastating to the beauty community, but by that time he had become just as much as a celebrity as those he worked with. He left us with so much, from his books and Vogue covers to the important lesson of taking time for yourself and your loved ones. Of course, he also left his luxurious makeup brand, with the ever so popular Sensual Skin Enhancer Concealer and the Etherealist Skin Illuminating Foundation. Whether you’ve been a lifetime fan of Kevyn Aucoin, or are just learning about him today, remember his legacy. He dealt with pain but spent his life making others look and feel beautiful.