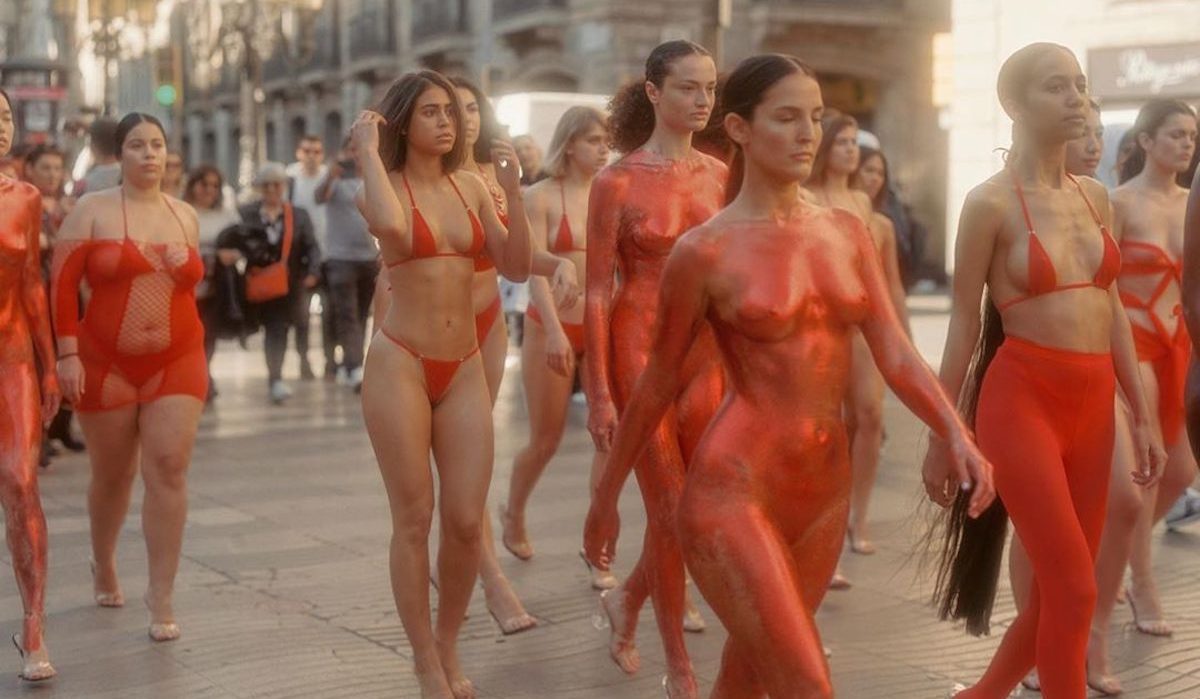 On March 15th, 2018, the women pictured above took to the streets of Barcelona nearly naked. Photographer and art director, Carlota Guerrero, captured this conquest on a project with Playboy titled ‘Celebración Sexual’. The images speak for themselves. Red, often juxtaposed with women to portray sexiness, is used herein an even more striking way– invoking power, taking control, and perhaps representing the blood of our enemies. The march itself demanding the streets belong to all, not one.

Women versus public space, particularly the city streets– is a complicated exchange. On one hand, the streets can be a space for women to express themselves– to be seen and to be heard. To walk down the street in your best outfit is to have a voice: I am here, watch me thrive. And yet, this is rarely the case.

The patriarchal system we live in that gives men land, property, capital, and subsequent dominance has created societal standard women have had enough of. The fear of being cat-called, being followed, and/or being assaulted, is the constant state of mind of a woman walking down the street. Whether it’s walking to work, walking home, walking to coffee, on the way to meet friends, or drinks, the subway or to the car, women’s agency is diminished. It doesn’t matter if you’re in the biggest city in the world or the smallest, women everywhere will tell you they have a plan of action in case of the worst. This is our reality.

The power of ‘Celebración Sexual’ is represented by bare bodies of all shapes and colors. The female body has been so hypersexualized in our society that its natural functions of giving and nurturing life are often neglected. To be wearing less or no clothes is not asking to be subject to sexual objectification, and yet many women live in the fear that it will bring it, because more often than not it will.

‘Celebración Sexual’ asks us to reevaluate who has the power over our bodies as women and as bodies on the street. We should have autonomy over what we wear and where we wear it. Perhaps it will take a few more courageous movements like this one to get the message heard.