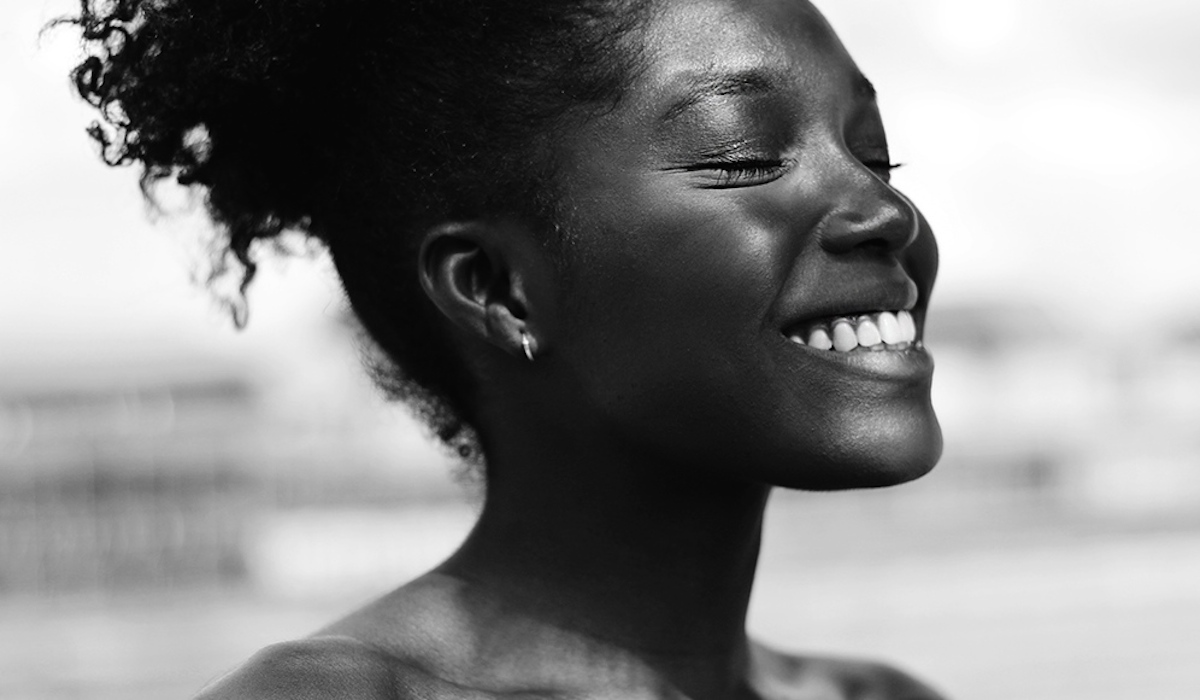 Growing up as a black person in a predominantly white, European country is an experience that so many people share, yet there are very few platforms where these stories can be told. Enter talented photographer Dominique Booker, a half African American and half German woman who decided to take this matter into her own hands by founding the Positive Negative Project. Positive Negative is a digital platform where German women of colour are brought into the limelight through photography and interviews. “In Germany, we don’t really spotlight black people as much as we should. But we do have history out here, we belong to this country, and it’s important that we are not only portrayed as actors or singers, but to make sure that people see that we do other things as well. And most importantly, for us black people to see each other,” Dominique shares with NBGA.

It all started with a book designing class at university. When choosing a topic, Dominique was given free reign and decided to focus on the complex experience of being bi-racial in Germany. As the project progressed she realised she wanted to include the narratives of all black people in Germany, not just those with a bi-racial background. Once the project was finished, rather than publishing a physical copy of the book, she published its contents online. Today Positive Negative has culminated into a wonderful project featuring engaging interviews and beautiful photography. We called up Dominique to talk about why she founded the Positive Negative Project, and why the representation of black Europeans is something the world needs more of.

You only feature women in your interviews, how come?

Since I am a woman I started off with women because they are closest to me, I see myself in them. Having conversations with people you can relate to in a certain way always brings you closer, I feel. But I’m planning to speak to men very soon as well since they have a whole different outlook. It’s very important to me to hear their point of view and also show them in a special light. It was important to me to focus on women first though because in my eyes it’s always a little complicated when it comes to women supporting each other.

What do you mean by complicated?

Well, I feel like women should focus way more on supporting each other instead of trying to tear each other down. Stop comparing themselves in a negative way, stop being jealous or stop always trying to be better than the next woman and so on. I think instead of seeing each other as competition we could learn so much from each other and our differences, and find comfort in our similarities. So I thought that bringing black women together so they can read about each other and connect to one another would make us stronger as a unit.

When you grew up as a black person in a predominantly white society, did you feel like there were initiatives similar to the Positive Negative Project that you could look to?

Is that something you feel like you missed growing up?

Yes, definitely. That’s another reason why I started this project… to make it easier for the black population in Germany to see who else is out there – out here in this country specifically. I am trying to give people an outlet where they can talk about their experiences, their story and also talk about who they are and what they do. Maybe it will help others to feel less alone with their experiences, because I know I felt this way quite often when I was growing up.

What has been the response you’ve been receiving from people who see these pictures and interviews?

Oh, very positive! Usually, when I do these interviews and share them online, I almost always get messages from the women that I’ve interviewed that are very, very positive. Messages about them realising that they’ve never really spoken about these subjects the way that we did… that it started something within them, and that they are very thankful that they were able to have this conversation. It’s always lovely to see that only because I asked a few questions, that it does something to them in a very positive way.

I identify as a black woman, yes I do. Growing up as a mixed person in a predominantly white population, chances are that you will always feel different. People around you will perceive you differently and treat you differently because of your appearance. At least that’s how I’ve always felt. And I always find it interesting to ask [this question] because I’ve seen that especially in Germany people are always at different stages when it comes to their identity. And I’m just trying to find out where they are, how they position themselves and where they want to be positioned.

It’s a very important question in this day and time, because even though people think that it shouldn’t be an issue to look different, to have a different race, I mean, “race” is an American thing, Germans don’t really use this word. What I try to do is that I don’t want to categorise people because in the States there is a lot of colourism and focus on being half black, or fully black or whatever. That’s why I started with half and half but made sure that everybody was included because to me we have similar struggles, but not the same. I mean it is true that the lighter you are, the more privileges you have. But at the same time it’s not about who is struggling the most, it’s about speaking to each other about it and trying to figure out if there is a way that makes it easier to handle everything, or how we can help each other, and make sure that we are there for one another.

Thankfully through honest conversation, I get to find out some very deep-rooted things about the women I meet and I’m very grateful and appreciative that they place their trust in me by letting me in, even though they have never met me before.

And now I will ask you a question that you often ask the women you interview: Do you identify as German?

It’s funny that you ask that because other people have been asking me that as well, and it’s so hard. Especially because I’ve heard so many answers to this question but never really had to explain it myself. Well, I view myself as German, as a black German woman with African American and Native American roots but I also describe myself as European most of the time. I grew up in Germany, so this was my main culture most of the time. I’ve been to the States, had my African American father around, my German mom and German grandmother very close by my side, and my (African American/Korean) brothers in my life… so I’ve had different cultural influences around me. But the German culture is the main one I was surrounded by. Still, I could never really identify with being German one hundred percent or even being American – that’s why I often refer to myself as being European. I’m definitely German, but I will always be a black woman no matter where I am.

And what does being German mean to you?

Yea, that one is hard especially because I’ve heard so many answers to that question, but never really tried to explain it myself. Well, being German… what does that mean to me? Let me think about that for a second… To me being German means growing up a certain way, having certain values. Being German doesn’t mean being light skinned with blonde hair and blue eyes, because Germany is very multicultural, although not as much as it should be in certain places. At the same time, I think the German mentality, compared to others, is cold. Which I never really identified with. I could go on an on that’s why I think describing “German” starts with characteristics. To be honest it’s a very hard question to answer even though I always want others to answer it. But that’s what makes it interesting!

Maybe its just a feeling, maybe it’s not even possible to have an exact answer?

Yea, that’s why I always ask people about it because I want to know: can you even describe it? It’s the same as “what does being black mean“, you know? I want to know how others feel about it! To see if they can define it – but everybody struggles to give a clear statement.

We sometimes hear the narrative of black American women, but the stories that you are telling are from black European women, and stories from these perspectives aren’t told quite as often.

Yea that’s exactly how I feel about it because I feel like we always gravitate towards the States or Africa for example but we are out here in Europe too. I mean we might not be as many as we are in other countries or continents, but we do have our own history and presence in Europe and it’s very important to highlight that as well.