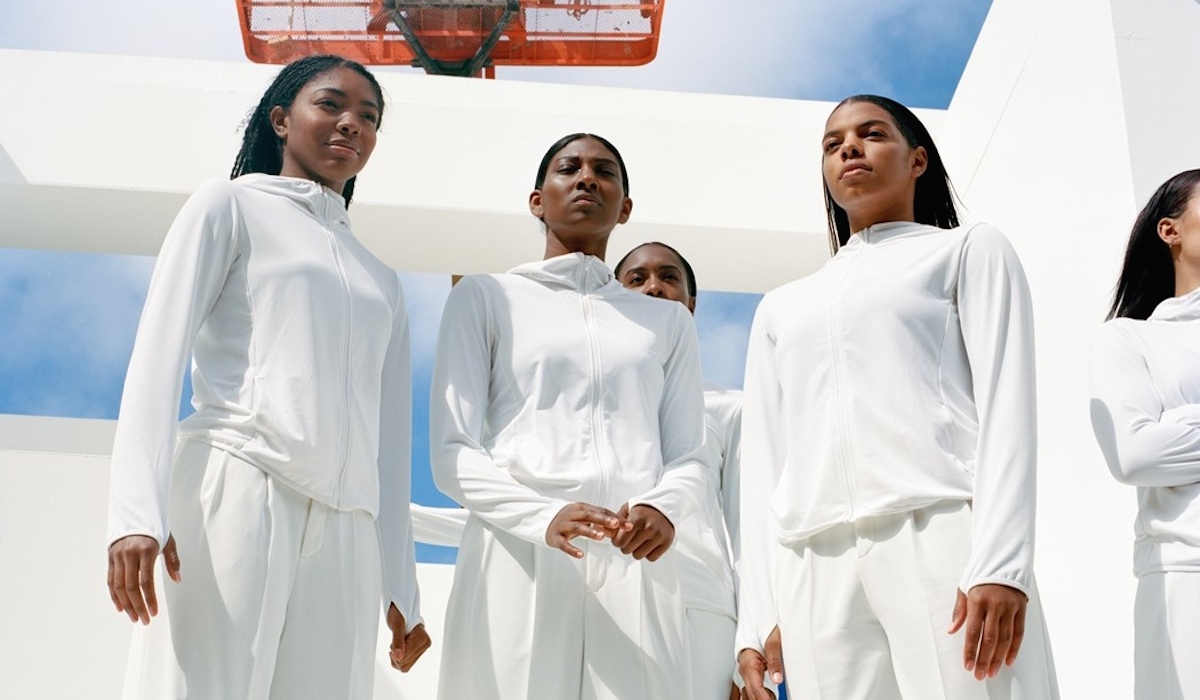 The artistic genius that is Solange Knowles-Ferguson has once again left me absolutely floored. Her latest endeavour is an interdisciplinary performance piece titled Metatronia at the Hammer Museum, created in partnership with Uniqlo. The artwork consists of a large, white sculpture with synchronised dancers moving in and around it. In theory, this might not sound like all that. But if Solange is involved, new artistic ground is bound to be broken.

If you’re reading this you have obviously already watched all of Solange’s iconic music videos. If not, I do believe you need to get your priorities in check. Solange has some of the best curated aesthetics out there, and as a die-hard Beyoncé fan, you best believe I’ve had my eyes on her since the days of her Destiny’s Child backup dancer gigs. Although everything Solange has put out into the universe has always been amazing, I don’t think any of us were prepared for her artistry to evolve the way it did and make her one of our generation’s most forward-thinking creatives.

In 2016 Solange channelled the message of her album A Seat at the Table through a performance piece titled An Ode To at the Guggenheim Museum. She requested that the audience come dressed in white, and banned usage of all phones and electronic devices. So, unfortunately, there is very little documentation of this event. On top of her Guggenheim show, Solange has performed at the Pérez Art Museum Miami and the Menil Collection. Last year she also showed a digital interactive titled Seventy States at the Tate Modern. Being able to witness Solange’s takeover of a predominantly white, male art world is such an incredible thing. Through her confident visual language and determined social message, she repeatedly redefines art institutions as we know them into safe spaces for activism and creative expression.

Over the last few weeks, Solange has been teasing us with behind the scenes content on Instagram, showing snippets of experimental choreographies and sculpture construction. But she still left us speechless when the final performance was released. Metatronia (Metatron’s Cube) at the Hammer Museum “is an exercise on following the intuitive force that guides us, helping us to create space, and silence the mind to create the work”, she writes on the museum’s website. Like most contemporary art, it’s an experimental piece defined by the viewer’s personal interpretation. Although with that being said, the title reveals some of the ideas behind Solange’s creation. Metatron is a Jewish archangel often described as the prince of presence who writes down the good deeds people do on Earth. Praying to Metatron is believed to help in finding one’s spiritual power so that we can learn how to use it to make the world a better place.

The artwork features a group of dancers dressed in white and black, performing a choreography of mesmerising harmony and synchronicity. And thankfully, the entire piece is documented and shared through video for us to delve in. Unlike most of Solange’s earlier work, the sculpture created for this particular performance is left on the lawn of the museum for visitors to explore and interact with themselves. But if you can’t make it to the Hammer Museum, don’t worry! You can still step into the realm of Solange ingenuity by watching Metatronia (Metatron’s Cube) here!