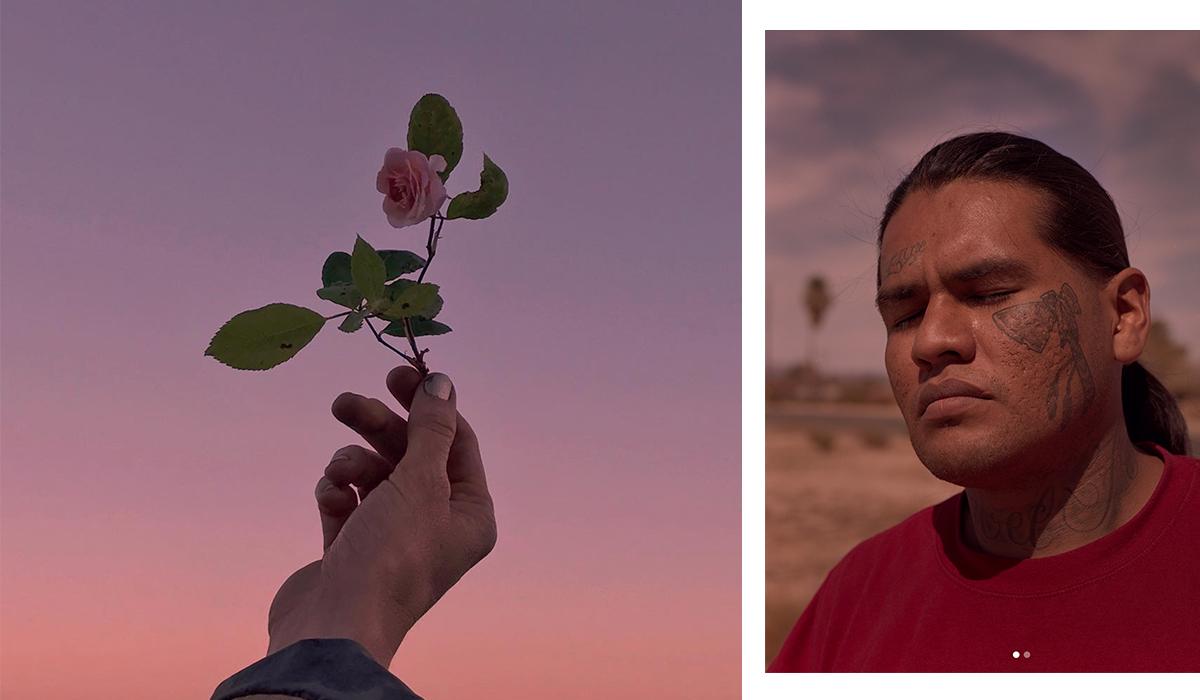 After graduating from the School of Visual Arts in 2013, the now 30-year-old Ryan Shorosky decided to break away from the status quo of what was expected of him as an art school graduate: “I felt like my only avenue after school was assisting or getting some type of photo job that wasn’t as satisfying to me.”

So the young photographer decided to hit the road and work as a truck driver for a year. It was a rebellious act against his father who had worked as a truck driver his entire life and expected his son to amount to something different after spending time and money to go to college.

After having spent a few months driving around the country, Ryan finally felt compelled to document his experiences on the road. And the method of being completely immersed in the culture that he is trying to portray came to be a signature technique of his: “I think literally wearing the shoes of a truck driver gave me the approach that I needed, and that I still use with photography, it’s really about connecting with the people and the environment.”

I fell deeply in love with Ryan Shorosky’s melancholic and tender portrayals of a rather neglected side of America, and was thus really excited to jump on a call with him to learn more about his craft. Keep scrolling to read our conversation about the representation of the disenfranchised, colour theory and passion projects.

Fernando in Twenty Nine Palms, California. . We met at a gas station while he was with his parents and one year old daughter. He’s a single father living on a reservation and struggles with the opportunity to further himself beyond what he’s been born into. His mother had a smile on her face the whole time I was photographing him.

Your photos often focus on the state of Nevada and the American West, how would you describe that area for somebody who has never been there?

I think the common misconception is that the American West is places that everyone knows, whether it’s Monument Valley or Utah, or the Grand Canyon. But the most impactful experiences that I’ve had have always been off the beaten path, in the middle of nowhere. Really small towns, that none of my friends or other creatives have ever been to. Those are the places that I feel still yield that sense of purity.

Yeah, definitely. I never liked the thought of the photographer being on one side and the subject on the other, and the camera being this dividing line that you can’t cross over. And I think truck driving gave me the time to, you know, I was a truck driver but I was also documenting truck drivers.

Is there anything in particular that you’re looking for in order for you to feel like it’s something you want to create a series about?

Definitely telling a story about people whose stories aren’t told, who are being overlooked by society. I’ve always been interested in the idea of bridging the gap between different worlds.

It’s interesting that you say that what you’re interested in is creating a representation of people that are being overlooked by society, because those words are more often connotated with people of an ethnic minority. I mean, you have photographed Native Americans, which I guess would be an example of that. But the people you usually photograph are normal, white people who live a little far off, who wouldn’t typically be seen as disenfranchised. Do you understand what I’m getting at?

Yeah definitely. I’ve become more conscious of it as time has gone on… with more attention comes more criticism. I think I’ve become more aware now, like, okay, why am I only photographing all these white people at a rodeo or something. But I think it’s important to maintain your own voice in that, because the flip side is it can be detrimental for somebody’s work to be altered by outside influence, you know, if someone has a sincere interest in exploring, say, rodeos, and maybe that one rodeo is mostly white, then I don’t think there’s anything wrong with that, per se. I’ve never thought that I can only explore this or that and it has to be about gender, or it has to be about race, but I guess it comes natural, secondary to what I’m interested in, whether it’s Native Americans living in a reservation, or being African American in a state like Louisiana. That’s what I’m really after.

The stories that you are telling, these people make up a big part of the American population, but you never hear their story being told from an empathetic point of view.

I think it’s always easier to point a finger at something than to understand it. I’ve never really connected with the academic perspective of those kinds of subjects. I’ve always been more about feeling and having a connection, so instead of sitting there reading twenty books about Jim Crow and the prison system in Louisiana, I figured I should just go there and meet people and work from there. It’s just always worked that way for me.

I think it’s interesting that so many of your shots go in different hues of pastel pink, since that is such a femininely coded colour, has that been a conscious decision?

I think colour theory from school definitely stuck with me, and I think I’m trying to develop that by trying to use colours that emanate a sense of feeling. I think sunsets in particular, with those pink and purple and blue hues, at least for me always emanate the ideas of a longing or some kind of subdued quietness.

Is there a particular photo series you’ve worked on that’s very dear to you?

I worked on a story last fall, in Louisiana, about the prison system there, and it focused on formerly incarcerated individuals who had just been getting out of prison in the last year, that were kind of now fighting for prison reform. I spent a week in Louisiana, mostly between Baton Rouge and New Orleans. I spent a week just feeling so impacted by having the privilege to spend time with these people who had just gotten out of prison after 20, 30, 40 years. They were sharing their stories with me and I was kind of given the responsibility to show them in a way that I feel they should be seen.

What’s the next step in your career as a photographer?

I moved to Los Angeles a few weeks ago, so I’m really making a push with filmmaking right now. I’m working on a script at the moment, that I’ve loosely adapted from the journals that I kept while I was truck driving. I feel like I hit a ceiling in some ways. I haven’t been able to quite tell the stories that I want to tell. I think that sparked the interest in exploring things outside of photography.

Yeah, thanks, I feel really good about what’s to come!